Close
Adam Sandler
from Brooklyn, NY
September 9, 1966 (age 55)
Biography
After making his breakthrough as a cast member of Saturday Night Live, American comedian, actor, and recording artist Adam Sandler became one of the most popular comedy stars of the late '90s with films such as Billy Madison, The Wedding Singer, and Big Daddy. In the early 2000s, he maintained his enduring popularity with romantic comedies and dramatic forays including 50 First Dates, Click, and Spanglish, before entering a late-decade dip in critical reception that was revived by the 2010s Hotel Transylvania animated film series. In addition to his work in front of the camera, Sandler serves as the founder and head of Happy Madison Productions. He is also a musician whose first two albums -- They're All Gonna Laugh at You! (1993) and What the Hell Happened to Me? (1996) -- were certified multi-platinum, while holiday-themed singles "The Thanksgiving Song" and "The Chanukah Song" remain enduring seasonal favorites.

Born September 9, 1966, in Brooklyn, Adam Sandler was raised in Manchester, New Hampshire. At the age of 17, his brother dared him to take the stage at a Boston comedy club's amateur night and was surprised at how well Adam performed. That planted the seed for Sandler's career, though he first attended NYU, receiving a Fine Arts degree in 1989. Not long after graduation, he gained a position with the NBC sketch comedy series Saturday Night Live and became one of the TV show's most popular actors during his five-year stint.

In 1993, Warner Brothers signed Sandler to a recording contract, and he delivered his debut album, They're All Gonna Laugh at You!, that September. Home to "The Thanksgiving Song," the LP became popular with college radio and sold well, eventually earning platinum certification and a Grammy nomination. Sandler broke out into cinema the following year, scoring bit roles in Mixed Nuts and Coneheads before landing his first starring vehicle, 1995's Billy Madison. Riding success on both fronts, he release his second comedy album, What the Hell Happened to Me?, in early 1996. This time around, seasonal hit "The Chanukah Song" helped push it into the Top 20 and the effort eventually went platinum. The next year, he issued a quick follow-up, What's Your Name?

By now one of the biggest comic stars in America, Sandler reeled off a string of late-'90s blockbuster films including Happy Gilmore, The Wedding Singer, The Waterboy, and Big Daddy before releasing his fourth album, Stan and Judy's Kid, in 1999. After 2000's devilish comedy Little Nicky, Sandler spent the decade trying his hand at less comedic rolls (Punch Drunk Love, Click), romantic comedies (50 First Dates, Spanglish), and animation (Eight Crazy Nights). However, despite some respectable critical reception, the box-office results were mixed. The outlook on the album front was also lackluster, with his fifth album, Shhh...Don't Tell, making little impact upon release in 2004.

At the dawn of the 2010s, Sandler embraced his role as elder statesman of comedy, releasing well-received films with his cohort, including Grown Ups (2010) and its sequel, Grown Ups 2 (2013), as well as the hit animated film series Hotel Transylvania (2012-2018). He also received critical acclaim for his contribution to 2017's award-winning dramedy The Meyerowitz Stories. ~ Neil Z. Yeung & John Bush, Rovi 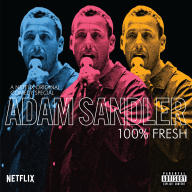 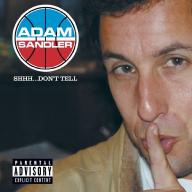 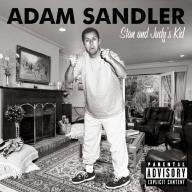 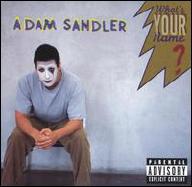 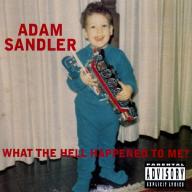 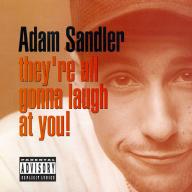 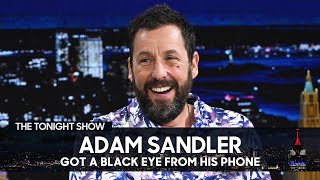 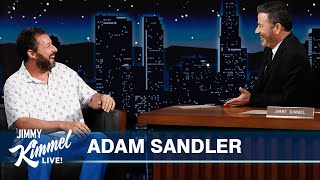 Adam Sandler on Dropping in on Local Basketball Games, Hooping with NBA Stars & Needing His Beard 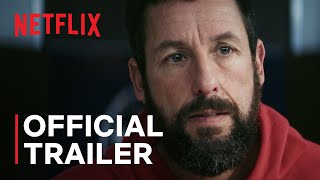 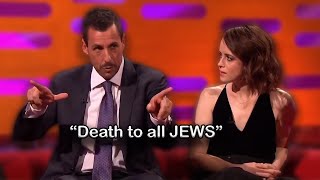 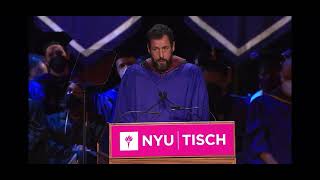 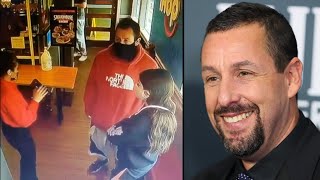 Adam Sandler Shows Up in the Strangest Places 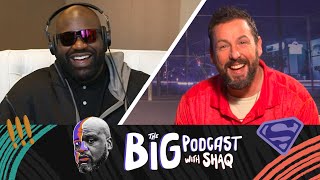