Close
Buddy Rogers
August 13, 1904 (age 117)
Biography
This Buddy Rogers should not be confused with the professional wrestler of the same name, the one who was known as the original "nature boy." Not that the performer Buddy Rogers -- a vocalist, musician, big band leader, and actor -- had anything to complain about. In fact, the wrestler was probably jealous that he wasn't the other Buddy Rogers, who among other things got to marry gorgeous starlet Mary Pickford. Talent was also something that the non-wrestling Rogers was said to have had a great deal of; among other things, he was known to be the only big band leader able to play every instrument in the orchestra. Rogers began his performing career as a musician, but for awhile managed to keep both an acting and a music career going strong and on parallel tracks.

For example, he made his first film in 1925, the same year his new band got its debut booking at New York's Pennsylvania Hotel. This group had Gene Krupa in the drum seat and was billed at one point as "the newest thing in swing." Female vocalists included one Marvel Maxwell, who later became much better-known as Marilyn Maxwell. As for male vocals, Rogers took care of the majority. Buddy Rogers His California Cavaliers was one of the main names he toured under, and he had quite a personalized band theme song in My Buddy. Although other big bands became much better-known, Rogers' activities, including recordings and relentless touring, are one of the reasons the popularity of this style of dance band music grew.

Rogers studied at the University of Kansas, where he is said to have played trumpet, drums, piano, and all of the reed instruments. He formed a campus dance band, probably because neither cloning nor overdubbing technology had been invented yet. His recording career began with Victor and continued with Vocalion, including sides such as Sweeping the Clouds Away and My Future Just Passed. In 1927, a new spotlight hit Rogers' acting career when he appeared as part of the cast of #Wings, the first film to win an Academy Award for Best Picture.

His romance with Pickford began the same year, when they acted together in #My Best Girl, a title as prophetic as some of Clark's later recordings -- You Fascinate Me, Hello Gorgeous, and so forth. The couple was finally wed in 1938 and stayed together until Pickford's death in 1979. Rogers remained active nearly two decades after this, winding up with some 52 movie and television credits as an actor. He was also active as a producer beginning in the '40s, and had an interesting collaborative relationship with actress

Nancy Carroll, beginning as her co-star and continuing as her producer. Rogers served in the military during World War II and was back in action as a bandleader off and on after the conflict ended.

He devoted more of his time to television in the '50s as well as handling his wife's business investments. In the following decade, he also had Pickford's failing health to deal with. Following her death, he relocated to the Palm Springs area and became a real-estate dealer. In 1986, he won the Jean Hersholt Humanitarian Academy Award for his philanthropic activities. ~ Eugene Chadbourne, Rovi 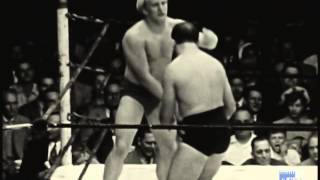 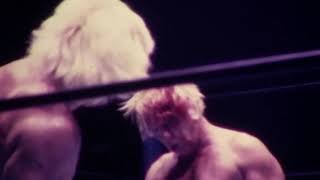 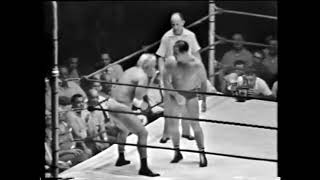 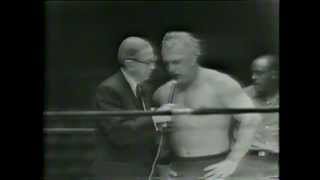 Bruno Sammartino on Why He HATED Nature Boy Buddy Rogers 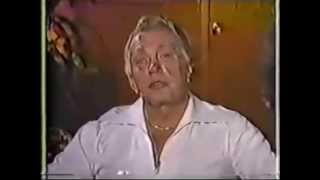 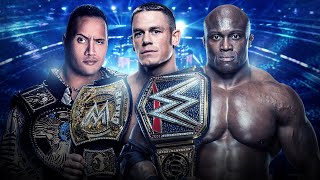