Close
Flea
from Melbourne, Australia
October 16, 1962 (age 59)
Biography
Best known as an integral member of one of the '80s and '90s most popular rock bands, the Red Hot Chili Peppers, Flea (real name Michael Balzary) is widely regarded as one of rock's most talented bassists. By combining funk-style bass (à la Funkadelic) with psychedelic, punk, and hard rock, Balzary created an original playing style that has been copied numerous times. In fact, the "copy cat syndrome" got so out of hand that he refused to use his popular slap technique for the Peppers' massive 1991 hit Blood Sugar Sex Magik.

Born on October 16, 1962 in Melbourne, Australia, Balzary and his family relocated to Los Angeles while he was still a youngster. Unlike other teenagers, Balzary's first musical love was jazz (not expected hard rock), as he concentrated on mastering the trumpet while attending Fairfax High School. It was around this time that he met two other Fairfax students who would eventually change his life -- guitarist Hillel Slovak and poet Anthony Kiedis. The trio soon became inseparable, as Slovak taught Balzary (who around this time was rechristened "Flea") how to play bass and eventually turned him on to the wonders of rock music via Jimi Hendrix and punk rock. Flea landed the bass-playing slot in the confrontational L.A. punk band Fear by the early '80s, but decided to form a band with Slovak on guitar, Kiedis on vocals, and another friend, Jack Irons, on drums. The band eventually became the Red Hot Chili Peppers, and automatically attracted a large following in California with their explosive, high-energy stage show.

The Peppers eventually signed to EMI/Capitol, issuing a string of albums that expanded their fan base with each subsequent release, eventually leading to their big commercial breakthrough with their aforementioned 1991 multi-platinum hit, Blood Sugar Sex Magik (their first for Warner Bros). The band didn't have an easy ride, however, suffering the drug overdose and death of Slovak in 1988, and a subsequent revolving door of guitarists, but the Peppers have remained one of rock's most popular and enduring bands. In addition to his duties with the RHCP, Flea has dabbled in acting -- including cameos in such popular flicks as Back to the Future, Pts. 1 & 3, My Own Private Idaho, The Big Lebowski, and Fear and Loathing in Las Vegas, among others. And due to his musical versatility, Flea has also become a much in-demand session musician, appearing on such albums as Mick Jagger's Wandering Spirit, Alanis Morissette's Jagged Little Pill, Johnny Cash's Unchained, Jewel's Spirit, and Porno for Pyros' Good God's Urge. In 2013, he surprised fans when he released a solo EP of experimental music that he'd created while practicing studio recording techniques after the Stadium Arcadium tour, named Helen Burns after a character in Charlotte Bronte's Jane Eyre. After releasing the album online as a download, he reassured his audience that he had no plans for leaving the Chili Peppers and that this was just an experimental side trip. ~ Greg Prato, Rovi 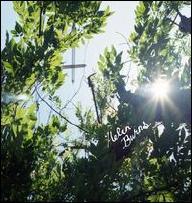 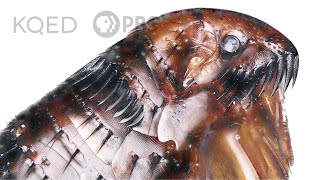 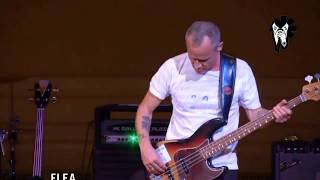 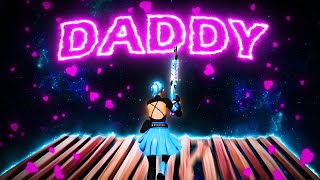 The Most SUS Montages 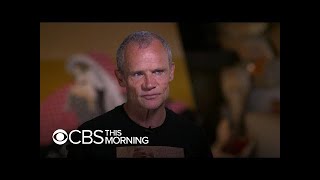 Flea on his memoir, "Acid For the Children" 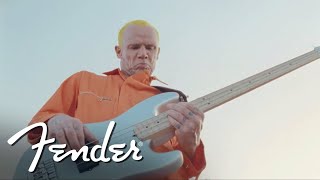 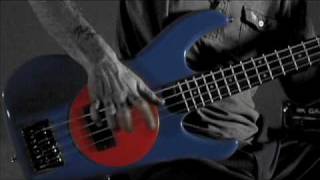 Flea demonstrates how to "Slap" on a Fleabass! 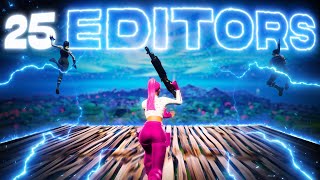