Close
Robert Shaw Chorale
from New York, NY
formed January 1, 1948 - January 1, 1965 (age 17)
Biography
The Robert Shaw Chorale was one of the most renowned and probably the most popular American choral group from the mid-twentieth century. The R.S.C. gave many memorable concerts and made numerous recordings for the RCA label, beginning at the close of the 78 rpm age in 1948 and ending in the heart of the stereo LP era in 1965. Shaw and his Chorale made the first classical recording to sell over one million copies and they received numerous citations, including several Grammy awards. In fact, Shaw, with his Chorale and other choral groups, was awarded 14 Grammys during his career.

Robert Shaw (1916-1999) had established a reputation as one of the finest American choral conductors in the 1930s and 1940s. Having greatly impressed Fred Waring as leader of the Pomona College Glee Club, Shaw was asked to serve as conductor of the Fred Waring Glee Club, a post he accepted in 1938. He left it in 1945, steeped in other assignments, including rehearsing the NBC Symphony Orchestra Chorus for Toscanini.

Shaw formed the Robert Shaw Chorale in 1948 in New York City. The Robert Shaw Chorale consisted of about 40 professional singers, whose numbers often varied. The R.S.C.'s initial recordings were made in 1948 for RCA Victor, the first with Toscanini and the NBC Symphony Orchestra, in a performance of Brahms Gesang der Parzen, and the second, of highlights from Saint-Saëns' Samson and Delilah, with Stokowski and the NBC Symphony Orchestra. Numerous others would follow, including the 1950 recordings of the Mozart Requiem and Verdi operas Rigoletto and Falstaff, the latter with Toscanini. The R.S.C. also began doing lighter repertory, with recordings of Gershwin's Porgy and Bess in 1950 and two collections from 1951, A Treasury of Easter Songs and Joy to the World. Later forays into more popular fare included the 1956 My True Love Sings and the 1958 The Stephen Foster Songbook. The group toured throughout the 1950s and 1960s, perhaps their grandest being the 36-city excursion through the United States in 1960 where the group, comprised of 33 singers, also took along 29 instrumentalists. Their performance of the Bach Mass in B minor at the Manhattan Center on that tour was among their more memorable concerts. The R.S.C. was perhaps at its height during the late 1950s and early 1960s, the group's popularity spilled over into many areas. For example, their 1959 recordings entitled The Lord's Prayer and Ave Maria were done with the then-famous singer and television star Perry Como. After having achieved such popularity, it may seem difficult to comprehend why the group would disband in 1965, but Shaw moved onto other ventures, the most important of which was carrying out the duties of music director of the Atlanta Symphony Orchestra beginning in 1967. New recordings by the Robert Shaw Chorale continued to be issued well into 1967. Thereafter, reissues began to appear regularly, though they began tapering off in the 1990s. By 2002, about 40 recordings by the R.S.C. were widely available, mostly on the RCA label., Rovi 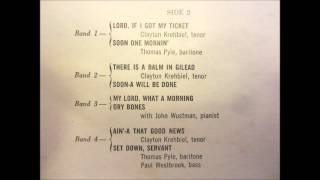 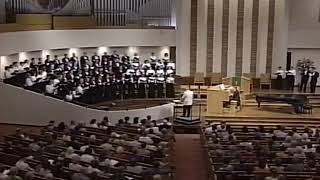 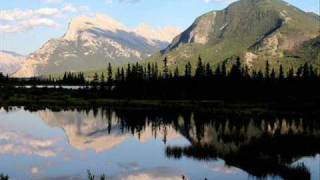 Battle Hymn Of The Republic By Robert Shaw Chorale 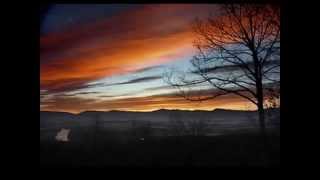 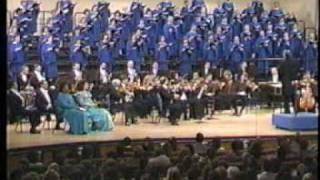 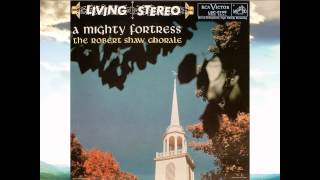