Close
Ray Anthony
from Bentleyville, PA
January 20, 1922 (age 100)
Biography
A popular swing-era trumpeter, Ray Anthony built upon his success with the Glenn Miller Orchestra in the '40s, transitioning into his role as a bandleader and actor in Hollywood during the '50s. Blessed with a big, warm tone and supple, swinging style, Anthony drew favorable comparisons to trumpet icon Harry James and enjoyed decades of success on tour and in the studio. Many of Anthony's post-Miller albums were of the commercial variety and spawned a bevy of hits for the trumpeter, including "The Bunny Hop," "Harbor Lights," "Peter Gunn," and more.

Born Raymond Antonini in Bentleyville, Pennsylvania in 1922, Anthony grew up in a large musical family in Cleveland, Ohio. Introduced to the trumpet by his bandleader father at age five, he progressed quickly and soon joined his family's Antonini Orchestra. By his teens, he was leading his own group and making his professional debut playing with the Al Donahue Orchestra. It was during this period that he caught the attention of trombonist and bandleader Glenn Miller, who hired him as his first-chair trumpeter. From 1940 to 1941, Anthony toured and recorded with Miller, during which time he appeared as a member of the band in the musical film Sun Valley Serenade. He also spent several months with Jimmy Dorsey's big band before enlisting in the Navy during World War II. Stationed in the Pacific, he was assigned to a service band that he led for the duration.

After his discharge in 1946, he formed his own Ray Anthony Orchestra and toured across the United States. In the early '50s, he signed with Capitol Records and achieved almost immediate success with recordings like "The Hokey Pokey" and his most famous song, "The Bunny Hop," which kicked off a dance craze. More hits followed, including a 1952 take on Glenn Miller's "At Last" (from I Remember Glenn Miller) and his hugely popular 1953 version of the Dragnet TV show theme song. Throughout the '50s, Anthony toured often and issued a slew of well-received albums for Capitol. With his popularity came other film and television work, including accepting the musical director position for the TV show Top Tunes and hosting his own short-lived variety show. He also began acting, showing up first as himself in several films, and then taking on character roles such as playing Jimmy Dorsey in The Five Pennies and appearing with his then-wife, actress and legendary sex symbol Mamie Van Doren, in 1958's High School Confidential and 1959's Girls Town.

Although Anthony's acting career waned in the '60s, he remained a popular trumpeter, working regularly on the Las Vegas circuit and releasing a steady stream of mood music albums like Dream Dancing Medley. He also formed the pop-oriented Ray Anthony His Bookend Revue, which featured the trumpeter flanked by two female singers. During this period he released a handful of pop and rock covers albums, including The Twist, Swim, Swim, C'mon Let's Swim, and the country & western Worried Mind. He kept active throughout the '70s, playing live and releasing yet more albums like Direction '71: My Sweet Lord, which featured an instrumental cover of the George Harrison song.

In the '80s, Anthony was a major proponent of the big-band resurgence, touring alongside other swing icons like Buddy Rich, Les Brown, and Harry James. He also formed an organization that supplied big-band charts to school band programs. Since then, he has remained active, continuing to make live appearances and release albums on his own Aero Space Records label, including 2004's Dream Dancing, Vol. 6: The Sinatra Songbook and 2005's Dream Dancing, Vol. 7: The Harry James Songbook. A longtime friend of the late Hugh Hefner, he regularly performed on New Year's Eve at the Playboy Mansion, and appeared on the E! reality series The Girls Next Door. ~ Matt Collar, Rovi 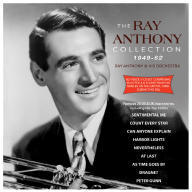 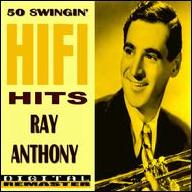 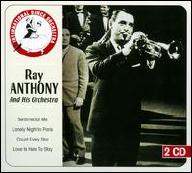 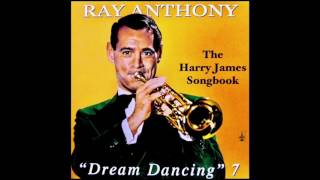 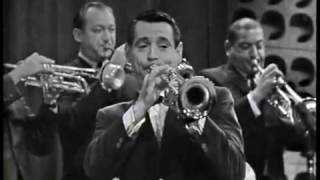 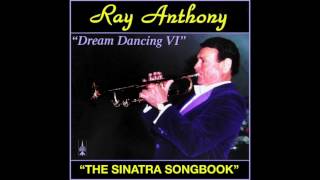 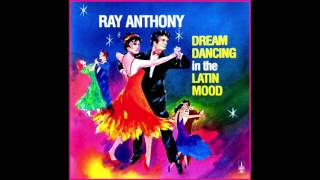 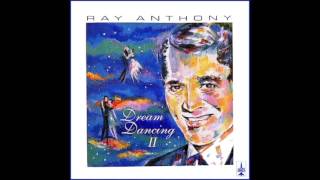 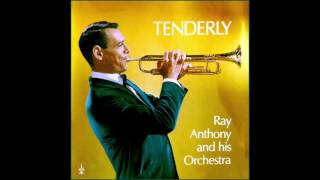 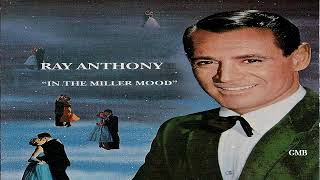