Close
The Mindbenders
from Manchester, England
formed January 1, 1965 (age 57)
Biography
Remaining together following the departure of frontman Wayne Fontana, the Mindbenders got off to one of the most promising starts any band could enjoy, when their debut single A Groovy Kind of Love soared to number two in the U.K. and topped the chart in America. And had the group only succeeded in locating a decent follow-up, they might well have developed into one of the finest British bands of the late '60s.

Instead, a series of disastrous choices of 45s condemned them to the ranks of rank also-rans, and it is only later that the sheer quality of their other work -- material hitherto lost on two Mindbenders LPs -- had been re-evaluated sufficiently to let listeners state that here was one of the greatest of all Britain's post-beat bands. A Groovy Kind of Love album totally failed to capitalize on the success of its title track, floundering to a lowly number 92, while a second song by Groovy composers Carole Bayer and Toni Wine, Ashes to Ashes, scarcely improved on that in the singles' listings. It made number 55, although Fontana did still try to capitalize on it, repressing the Groovy Kind of Love album with Ashes to Ashes replacing Don't Cry No More. (Later in the year, Ashes to Ashes hit number 14 in Britain, but only after the vaguely Spector-ish Can't Live With You (Can't Live Without You) had struggled to break the Top 30.

The Mindbenders made their final American tour in July 1966, kicking off in Atlanta on Independence Day, in front of a capacity 25,000 crowd. It was a shame they were only the opening band. James Brown was the headliner and, while Eric Stewart remembered, "we went down quite well," a more memorable show came when the Mindbenders played the Fillmore West later in the tour. "The liquid light show was great and really worked with our act, which was a lot heavier than on our records."

Stewart himself had developed into a very strong songwriter in his own right, contributing one song (My New Day and Age) to the newly emergent prog rock favorites Family, and coming up with another, Yellow Brick Road, which has been described as "the best record Traffic never made." For singles, however, the Mindbenders continued looking outside for new material.

It was not necessarily a bad decision; their taste, after all, remained impeccable. Their final release of 1966, I Want Her, She Wants Me, for instance, was written by the Zombies' Rod Argent and was handed to the Mindbenders a full year before it reappeared on the Zombies' own Odyssey Oracle album.

Fighting hard to keep abreast of the changing currents, the Mindbenders next embarked on their most audacious yet strangely prescient move yet, a full-blown concept album. No matter that, several months before Sgt. Pepper and even longer before SF Sorrow and Tommy, nobody had even heard of concept albums, the Mindbenders' With Woman in Mind remains a gem in that genre. And yet, despite the presence of both I Want Her, She Wants Me and Ashes to Ashes, plus a startling new Graham Gouldman song, the lascivious Schoolgirl is an undiscovered gem as well. Unreleased in America, it did little anywhere else and disappeared as quickly as the accompanying single, yet another Bayer/Wine composition, We'll Talk About It Tomorrow.

Faltering ratings and drooping self-confidence, of course, were not necessarily an insurmountable hurdle. The group was invited to contribute two songs to the soundtrack of Sidney Poitier's movie #To Sir, With Love -- "number one hitmakers the Mindbenders are seen performing live in the school gymnasium, airing It's Getting Harder All of the Time and Off and Running, both sides of their next single. Unfortunately, not even major celluloid exposure could break the group's run of bad luck. Neither could an infusion of new blood, after drummer Ric Rothwell quit to be replaced by Paul Hancox. By the end of the year, the band was reduced to recording covers of current American hits, which could be rush released in Britain in the hope of beating out the original. Art had been reduced to a crapshoot and, even as the first of the Mindbenders' efforts, a version of the Boxtops' The Letter. ground its way to number 42 in September 1967 (the competition, by the way, reached number five), it was clear that the end was in sight.

The Mindbenders made one final stab at reversing their fortunes, re-recording Schoolgirl and pulling out every psychedelic rock trick in the book. A BBC ban (that lasciviousness again), however, kept the single a good arm's length from either the radio or the charts and, when a reading of Robert Knight's Blessed Are the Lonely followed Schoolgirl into the dumper, in March 1968, Bob Lang quit (he would reappear as a member of soft rockers Racing Cars in the mid-'70s). He was replaced by Graham Gouldman, in which form the band cut one final single Uncle Joe, the Ice Cream Man.

The Mindbenders then broke up, calling it a day at the Liverpool Empire on November 20, 1968, the last night of a U.K. tour with the Who, Arthur Brown, and Joe Cocker. Stewart and Gouldman, however, would continue working together, first as partners in the newly launched Strawberry Studios, then as one half of 10cc. ~ Dave Thompson, Rovi 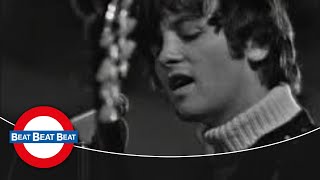 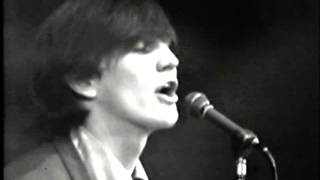 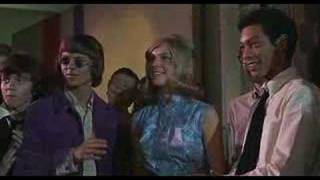 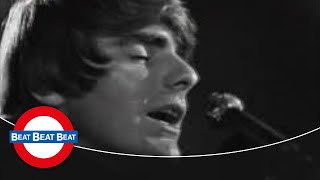 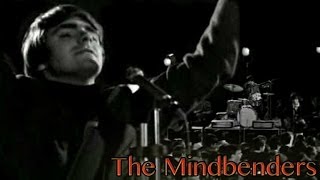 The Mindbenders - In the Midnight Hour 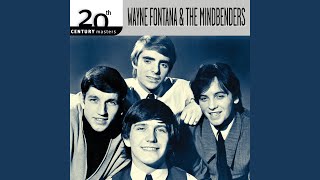 A Groovy Kind Of Love 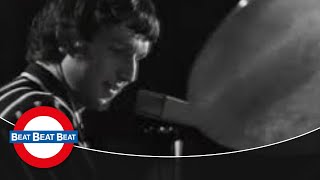