Close
Nils Lofgren
from Chicago, IL
June 21, 1951 (age 71)
Biography
For much of his professional rock & roll career, Nils Lofgren has been known as the lead guitarist for Bruce Springsteen's E-Street Band -- the guy who replaced Steven Van Zandt in 1984 and stayed on after Little Steven returned to the fold. Prior to the E-Street Band, Lofgren was a member of Neil Young's backing band Crazy Horse, and these associations have tended to dominate any mention of the guitarist's career, as any support for two legendary singer/songwriters would. But take away Springsteen and Young from Lofgren's résumé, and he has an impressive, idiosyncratic cache in his own right, starting with the records he made with Grin, an acclaimed but underappreciated band from the late '60s, running through his own compositions with Crazy Horse, and then on a series of solo recordings that started with 1975's eponymous debut. Anchored with "Keith Don't Go," a tribute to the Rolling Stones guitarist that stands as one of rock's great love letters, that record earned good reviews, but his subsequent Cry Tough (1976), I Came to Dance (1977), and Night After Night (1977) performed better on the album rock charts, laying the foundation for a discography that stretched well into the new millennium, consisting of records made during downtime for the E-Street Band, or even when the group was in full force.

Raised in the Washington, D.C. suburb of Garrett Park, Maryland, Nils Lofgren began playing music at an early age, picking up the accordion at the age of five, spending time studying classical and jazz, then getting seduced by rock & roll as a teenager. (He also became an expert gymnast, and years later he would incorporate his skills with the trampoline into his act.) Lofgren picked up guitar and piano at the age of 15, forming the band Grin with drummer Bob Berberich and bassist George Daly soon afterward. As the group played the local circuit, Lofgren happened to meet Neil Young. Impressed with Lofgren, Young invited the teenage guitarist to head out to California and Lofgren accepted the invitation, taking Grin with him. The band set up in a Laurel Canyon home rented by Young and began rehearsing while Lofgren played guitar and piano on Young's 1970 LP After the Gold Rush. Lofgren was just 17.

Although Lofgren was so thoroughly within Young's orbit that he appeared on the 1971 album by Crazy Horse -- he played throughout and sang lead on his original composition "Beggar's Day" -- he remained devoted to his D.C. band. Grin landed a record contract with AM in 1971. By this point, Daly had left the band and was replaced by Bob Gordon. Produced by Young's right-hand man David Briggs, Grin's eponymous debut arrived in 1971 and soon enough, the group was earning more critical attention than sales. Grin worked steadily over the next few years, cutting three more records with Briggs: the 1972 LP 1+1, which featured Lofgren alone on the front cover, and All Out and Gone Crazy, both of which appeared in 1973 and also featured Lofgren's brother Tom on rhythm guitar. By that time, the group had begun to splinter and Young invited Lofgren to join his touring band; that tour spilled into the studio when Young recorded Tonight's the Night in the haze of Danny Whitten's death.

By the time Tonight's the Night hit the stores in 1975, Lofgren had signed to AM as a solo artist. Anchored by the Stones tribute "Keith Don't Go," Nils Lofgren earned considerable praise upon its release -- future Springsteen manager Jon Landau praised it in Rolling Stone and it appeared on NME's Top 10 for the year; it also placed at 19 on the Village Voice's Pazz & Jop poll -- but it didn't sell particularly well, peaking at 141 on the Billboard charts. The following year's Cry Tough did much better. Building upon the word of mouth for the debut, album rock radio play, and tours, it went all the way to 32 on the Billboard charts. I Came to Dance and the live double-album Night After Night, both released in 1977, were also modest album rock hits -- they peaked at 36 and 44, respectively -- as was 1979's Nils. The latter was the fruit of Lofgren's late-'70s partnership with the Lou Reed axis, containing co-writes with Reed and Reed's guitarist Dick Wagner while being produced by Bob Ezrin; Lofgren also played on Reed's The Bells LP that year. Lofgren ended his streak of relatively high-charting albums when Night Fades Away squeaked into the first half of the Billboard Top 200 by reaching 99. He released one more album for Backstreet/MCA -- 1983's Wonderland, a record that failed to chart -- before parting ways with the label.

Prior to the release of Wonderland, Lofgren rekindled his collaboration with Young, playing on the 1982 electro experiment Trans and appearing on its supporting tour in 1983. Despite this renewal, the allegiance that defined Lofgren's '80s -- and would factor strongly in the rest of his career -- was his new partnership with Bruce Springsteen. When Steven Van Zandt left the E-Street Band in 1984 to pursue a solo career -- the first major shift in the band's lineup since 1975 -- Springsteen turned to Lofgren to replace his lieutenant. From this point on, Lofgren was the lead guitarist for the E-Street Band, appearing on Springsteen's solo albums and also finding space when Van Zandt chose to climb back aboard in 1995. Springsteen leaned on Lofgren, but the latter also pursued his solo career, beginning with Flip, his star-studded debut for Columbia in 1985. The record didn't reach great heights –- it peaked at 150 -- but it eased Lofgren's transition from a "could've been" to a cult act. After Flip, he never showed up again on a major label. He moved to the CD-only independent Rykodisc in 1990. The label reissued 1975's Nils Lofgren that year and released the brand-new Silver Lining in 1991, followed by Crooked Line in 1992; the former was his last album to chart, reaching 153 in 1991.

By the early '90s, he had cultivated his own peculiar cult -- a contingent attracted to his blend of album rock and roots rock, while also appreciating his touring with Ringo Starr's All-Starr Band. Major labels never crossed Lofgren's radar in the next two decades. His move to Rykodisc was the first step in a process that brought him toward total independence by the early 2000s. He recorded steadily, alternating full-fledged studio albums like 1995's Damaged Goods and 2011's Old School with interesting detours like 1997's Acoustic Live or 2008's The Loner: Nils Sings Neil. Lofgren would record when he wasn't playing guitar with others. During the extended hiatus for the E-Street Band in the '90s, he was often a gun for hire, playing on tours by Springsteen's wife Patti Scialfa and Ringo Starr, popping up on Neil Young's Unplugged, and also playing on several Springsteen solo albums.

Once the E-Street Band returned to active duty in the 2000s, Lofgren continued to balance his Springsteen duties with his own solo career, cutting introspective personal efforts (2006's Sacred Weapon and 2011's Old School), paying homage to colleagues and peers (2008's The Loner: Nils Sings Neil and 2019's Blue with Lou, the latter featuring songs he wrote with Lou Reed), and performing open jams. All of Lofgren's journeys, from his early days with Grin through his long years as an independent rocker, were celebrated in the 2014 box set Face the Music, a nine-CD/one-DVD set curated by Lofgren himself. In 2018, Young reunited Crazy Horse for a series of concerts, and with guitarist Frank Pancho Sampedro sitting out, Young persuaded Lofgren to rejoin the band for their appearances. ~ Stephen Thomas Erlewine & Mark Deming, Rovi 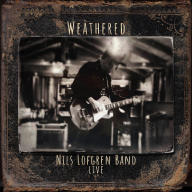 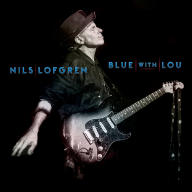 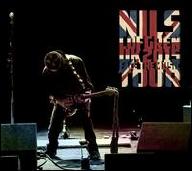 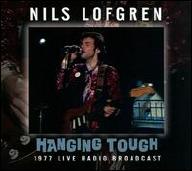 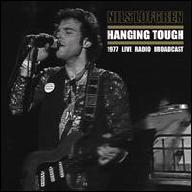 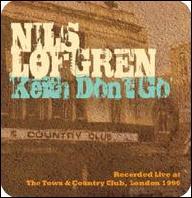 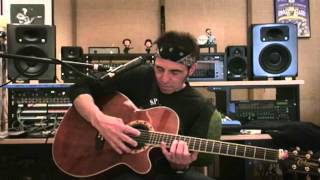 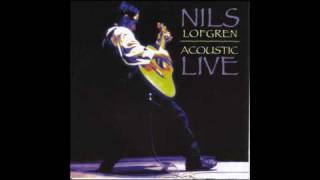 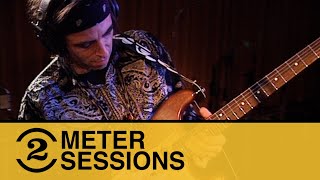 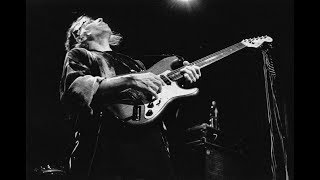 Nils Lofgren: 50 years of ‘just being a guy in the band’ 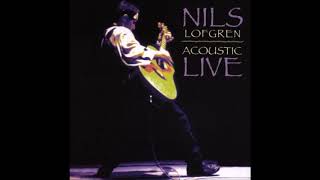 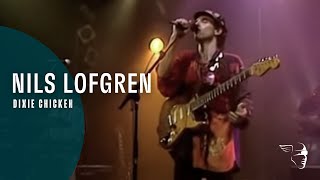 Nils Lofgren - I Came To Dance (From "Cry Tough" DVD) 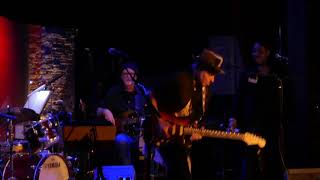