Close
Lawrence Welk
from Strasburg, ND
March 11, 1903 - May 17, 1992 (age 89)
Biography
It may or may not be true that Lawrence Welk is the most popular easy listening artist of all time, but it's difficult to think of anyone who is more prominently associated with the genre. Welk's long-running TV variety show was a huge success in its time, and remains an enduring favorite in reruns. And while Welk recorded prolifically, his true musical legacy was built through the doggedly innocuous, wholesome aesthetic of his show. He was an unlikely television star -- his thick German accent and on-camera stiffness would have been crippling liabilities for many other hosts. Yet Welk was beloved in spite of -- or, perhaps, because of -- those limitations, mainly because he knew his audience and paid close attention to what it wanted. In the process, he created a stable of familiar performers whose regular appearances were eagerly anticipated by his viewers. Demanding and particular, Welk put them through rigorous rehearsals, and aggressively enforced the inoffensive, nonthreatening tone that made the show so palatable for viewers of all ages. For people who considered themselves remotely hip, that tone made Welk's name synonymous with sanitized entertainment, and an easy target for derision. He and his acts were often dismissed as hopelessly square, by turns fluffy or sentimental, and reflecting an idealized purity that didn't really exist anywhere. He also drew criticism for the extreme scarcity of minority performers on the show, seemingly another symptom of its kowtowing to white-bread Middle America. Yet that essential conservatism helped give #The Lawrence Welk Show an amazingly lasting appeal; after it lost its network slot, it spent more than a decade in syndication with greater success than ever, and found new life when its reruns became the chief source of revenue for many public television stations across the country.

Welk was born on March 11, 1903, in the small, heavily German town of Strasburg, ND. His parents had fled the unrest in Alsace-Lorraine, the disputed border region between Germany and France, and settled on a small farm on the outskirts of town. One of eight children, Welk dropped out of school in the fourth grade to work on the farm, and spoke almost nothing but German up until his teen years. He learned to play polka music on his father's accordion, and at age 13, he began performing professionally at local dances and social events. Four years later, he convinced his father to buy him his own accordion; in exchange, he promised to work on the farm until he was 21, and to give all his musical earnings to the family up to that point.

Upon turning 21, Welk took up music full-time, playing in various polka and vaudeville-style bands around the area. He eventually formed his own quartet, the Lawrence Welk Novelty Orchestra, and in 1927 decided to head south to New Orleans in search of work. On the way, the group stopped in Yankton, SD, and was offered a one-week deal to perform on local radio; they were such a success that they were signed to a permanent contract. Welk's band stayed headquartered in Yankton for the next ten years, playing both locally and all over the Midwest; they went through several name changes, including the Hotsy Totsy Boys, the Honolulu Fruit Gum Orchestra, and the Biggest Little Band in America.

In 1937, Welk moved the group to Omaha, and it soon grew into a ten-piece outfit, playing swinging dance music in the so-called "sweet band" style. A 1938 gig at the William Penn Hotel in Pittsburgh prompted one fan to compare Welk's light, bubbly music to champagne, and Welk adopted the tag from then on, describing his sound as "champagne music." In 1940, at the height of the big-band era, Welk secured a booking for his group at the Trianon Ballroom in Chicago; it proved such a success that Welk moved his family to Chicago and wound up with a ten-year residency there. The waning popularity of big bands subsequently forced Welk to go back on tour to make ends meet. In 1951, he made a successful appearance on a late-night TV show in Los Angeles. The idea of working in television captured his imagination, and led him to move to L.A. the following year.

#The Lawrence Welk Show made its national debut in 1955 as a midseason replacement on ABC. Over the next few years, it amassed enough of a following to become one of the network's most popular shows, making catch phrases out of Welk's oft-repeated "wunnerful, wunnerful" and "ah-one and-a two." Its trademark visual style was built around low-budget cardboard props, bright pastel colors, and bubble-blowing machines. Welk played the roles of host and bandleader, populating his play list with pleasant arrangements of well-established standards and pop hits. The emphasis was always on songs his audience would already recognize, though he and musical director George Cates did showcase comic novelty songs and the polka music Welk had grown up with as well. Welk built up a solid base of recurring featured performers, the best known of which included accordionist/assistant conductor Myron Floren, ragtime pianist Jo Ann Castle, singing group the Lennon Sisters, Dixieland clarinetist Pete Fountain, Irish-style singer Joe Feeney, tap dancer Arthur Duncan (the show's lone African-American regular), dancer and former Mouseketeer Bobby Burgess (who went through a succession of female dance partners), and a featured female singer dubbed the Champagne Lady.

Welk established his reputation as a hard-nosed disciplinarian early on. He never allowed comedians to appear on the show, for fear of an off-color joke slipping through, and he refused alcohol and cigarette products as sponsors. In 1959, he fired the first Champagne Lady, Alice Lon, for displaying too much leg during a telecast. Irate viewers wrote in to protest the firing, and Welk tried to hire her back, but she would have none of it; her replacement was Norma Zimmer, who remained with the show for quite some time. Burgess' female dance partners were subject to the same kinds of whims, and Fountain -- arguably the most talented regular -- reportedly left over what Welk felt was an inappropriately jazzed-up Christmas song. More problematic for some modern-day viewers might be the show's watered-down handling of ethnicity; while not really offensive for its time, some of the ethnic theme shows would be considered embarrassing by today's standards, and dancer Duncan's mannerisms came in for criticism as the civil rights era dawned.

Meanwhile, Welk had been managing a productive career as a recording artist. He had released records in his early days, but naturally he hit a whole new plateau once he had the power of television behind him. Between 1956 and 1963, 19 of Welk's LPs reached the Top 20, and ten of those made the Top Ten. Welk achieved his greatest popularity on record with the Dot label during the early '60s, spearheaded by the smash instrumental hit Calcutta, which became his only number one -- and, for that matter, Top Ten -- single in 1961. The accompanying LP of the same name also reached number one, and five more albums -- Last Date, Yellow Bird, Moon River, Young World, and Baby Elephant Walk and Theme From the Brothers Grimm -- climbed into the Top Ten over the next two years. Although Welk never equaled that run of success, he continued to chart albums on a regular basis up through 1973.

In 1971, ABC canceled #The Lawrence Welk Show, feeling that its target audience was growing too old to appeal to advertisers. Welk quickly secured a syndication deal that placed his show on over 200 stations around the country, and kept right on producing it up through 1982. As the '70s wore on, many of the old performers retired or moved on, to be replaced by similar acts that essentially followed the show's long-established blueprint. But even if there were fewer individual standouts, the show still filled an audience niche that otherwise went largely ignored. Following his retirement in 1982, Welk settled in Santa Monica, CA, and soon established a combination resort/retirement community, the Lawrence Welk Country Club Village, in Escondido. He also acquired a vast music publishing catalog, as well as other real estate holdings.

Starting in 1987, some public television stations began airing reruns of #The Lawrence Welk Show, to the delight of an elderly viewing base. As the '90s wore on, public TV came to rely more and more on #The Lawrence Welk Show as a staple moneymaker during pledge drives, thus ensuring its continued availability and popularity well after Welk's passing: he died of pneumonia on May 17, 1992. The band he once led continued to perform at the Champagne Music Theater in Branson, MO. ~ Steve Huey, Rovi 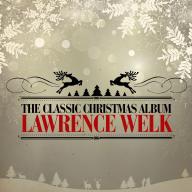 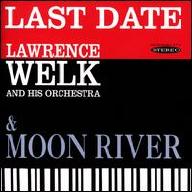 In Search of the Sixties [Lawrence Welk]
2014 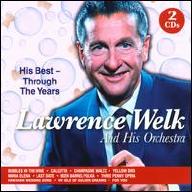 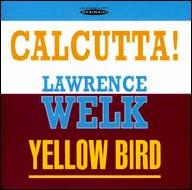 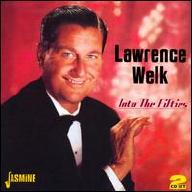 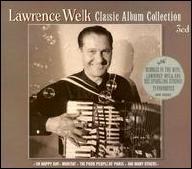 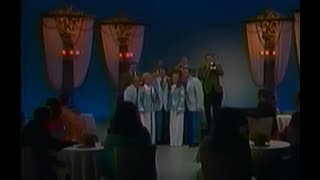 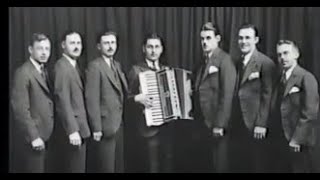 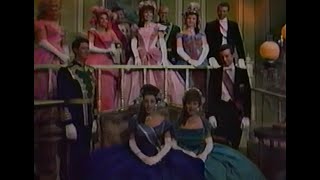 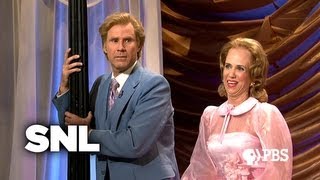