Close
Holly & the Italians
from Los Angeles, CA
formed January 1, 1978 - January 1, 1981 (age 3)
Biography
The "Holly" in Holly and the Italians was Holly Beth Vincent, a singer/drummer/guitarist, who got her start playing in local bands in her native Chicago in the 1970s. Vincent was in California when she formed Holly and the Italians with drummer Steve Young (real name Steve Dalton) and bassist Mark Sidgwick. The band relocated to London in 1979, adding guitarist Colin White, and in November released their debut single, Tell That Girl to Shut Up, which landed them a deal with Virgin Records in 1980. (Though the single did not chart, Transvision Vamp's 1988 revival of the song did.) They spent most of the year touring in England, then recorded an album, The Right to Be Italian, during which Young left and was replaced by Mike Osborn (who later gave way to John LaForge). The LP spent a few weeks in the lower reaches of the U.S. charts in the summer of 1981, but by the end of the year, the group had broken up. Early in 1982, Vincent released a duet single with Joey Ramone on the old Sonny and Cher chestnut I Got You Babe, and later that year, she issued a solo album called Holly the Italians, even though the band no longer existed and the disc was credited to her alone.

During the next 11 years, Vincent was involved with various groups, including a tenure with the Waitresses and a band with her brother Nick called Bikey that played only one show. But none of these efforts produced recordings. In 1993, she was signed to Daemon Records, the label run by Amy Ray of Indigo Girls, and made America under the group name Oblivious. In 1995, she paired with Jonette Napolitano of Concrete Blonde as Vowel Movement and made an album by that name. ~ William Ruhlmann, Rovi 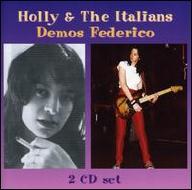 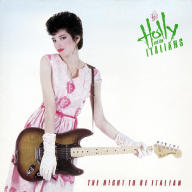 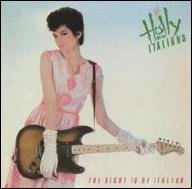 Right to Be Italian
1981
Videos
Close 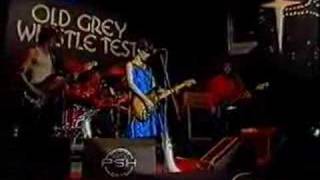 Holly and the Italians 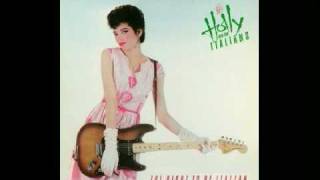 I Wanna Go Home - Holly and the Italians 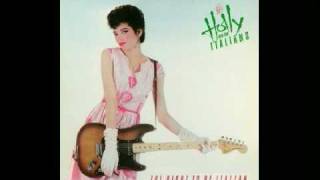 Tell That Girl to Shut Up - Holly and the Italians 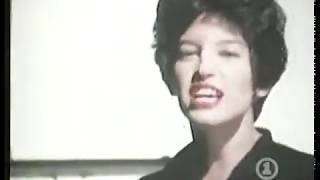 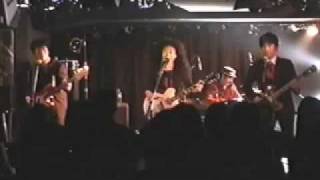 the BOOTS - I Wanna Go Home (Holly & The Italians) 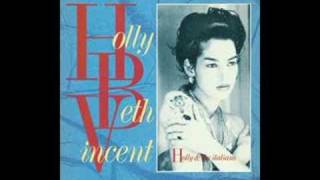 Honalu - Holly and the Italians 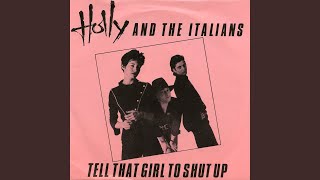 Tell That Girl To Shut Up
Available here: