Close
Gus Cannon
from Red Banks, MS
September 12, 1874 - October 15, 1979 (age 105)
Biography
A remarkable musician (he could play five-string banjo and jug simultaneously), Gus Cannon bridged the gap between early blues and the minstrel and folk styles that preceded it. His band of the '20s and '30s, Cannon's Jug Stompers, represents the apogee of the jug band style. Songs they recorded, notably the raggy "Walk Right In," were staples of the folk repertoire decades later, and Cannon himself continued to record and perform into the 1970s.

Self-taught on an instrument made from a frying pan and a raccoon skin, he learned early repertoire in the 1890s from older musicians, notably Mississippian Alec Lee. The early 1900s found him playing around Memphis with songster Jim Jackson and forming a partnership with Noah Lewis, whose harmonica wizardry would be basic to the Jug Stompers' sound. In 1914, Cannon began work with a succession of medicine shows that would continue into the 1940s, and where he further developed his style and repertoire.

His recording career began with Paramount sessions in 1927. He continued to record into the '30s as a soloist and with his incredible trio, which included Noah Lewis along with guitarists Hosea Woods or Ashley Thompson. (Side projects included duets with Blind Blake and the first ever recordings of slide banjo.) Often obliged to find employment in other fields than music, Cannon continued to play anyway, mostly around Memphis. He resumed his stalled recording efforts in 1956 with sessions for Folkways. Subsequent sessions paired him with other Memphis survivors like Furry Lewis. Advancing age curtailed his activities in the '70s, but he still played the occasional cameo, sometimes from a wheelchair, until shortly before his death. ~ Steve James, Rovi

Gus Cannon and His Jug Stompers
2005 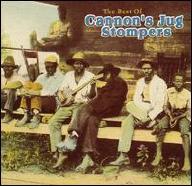 The Best Of Cannon's Jug Stompers
2001 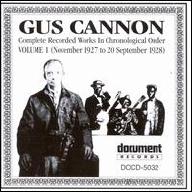 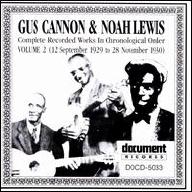 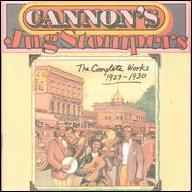 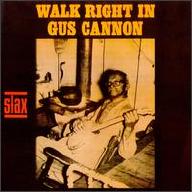 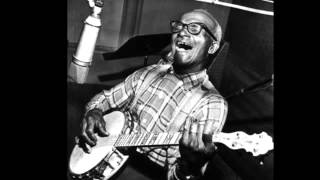 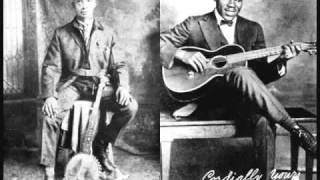 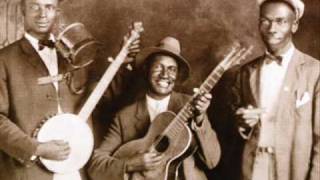 Gus Cannon and His Jug Stompers - Money Never Runs Out

The History of Banjo : Gus Cannon (Walk Right In) 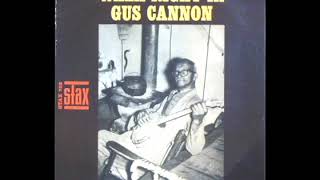