Close
Carl Philipp Emanuel Bach
from Weimar, Germany
March 8, 1714 - December 14, 1788 (age 74)
Biography
The second surviving son of J.S. Bach, Carl Philipp Emanuel was the most innovative and idiosyncratic member of an extremely talented musical family. His music, unlike that of his father or that of the master he influenced, Haydn, did not define an era so much as reveal a deeply personal response to the musical conventions of his time.

C.P.E. Bach could play his father's technically demanding keyboard pieces at sight by the time he was seven. An exceptional student in areas other than music, he enrolled at the University of Leipzig in 1731 to study law, then transferred to the University of Frankfurt an der Oder. He graduated in 1734 but remained in that town giving keyboard lessons, involving himself in public concerts, and learning the composer's craft.

By 1740, Bach was in Berlin as harpsichordist to Frederick the Great of Prussia. Here, he was first exposed to Italian opera seria, and its dramatic style infiltrated his instrumental music. Little of this was heard at court, where Bach accompanied the flutist-king in one reactionary concerto after another by Quantz. He made several attempts to find a new position, but the stress of the king's disfavor was partially relieved in 1756 when Frederick became distracted by the Seven Years' War and was frequently away from the court. Bach found a select audience for his remarkable and experimental series of keyboard works such as the so-called "Prussian" and "Württemberg" sonatas (composed in the early 1740s) and the Sonatas with Varied Repeats (1760). Bach finally got himself released from Frederick's service in 1768 in order to succeed Telemann as cantor at the Johanneum in Hamburg, also serving as music director for the city's five major churches; he held this post until his death.

Stylistically distant from his father's rigorous polyphony, C.P.E. Bach was something of a proto-Romantic; he was the master of Empfindsamkeit, or "intimate expressiveness." The dark, dramatic, improvisation-like passages that appear in some of Mozart's and Haydn's works are due in part to his influence; in time, his music became known all over Europe. His impulsive works for solo keyboard, which lurch into unexpected keys, change tempo and dynamics abruptly, and fly along with wide-ranging themes, are especially compelling. One account of Bach's after-dinner improvisations described the sweaty, glazed-eyed musician as "possessed," an adjective that would be applied to equally intense and idiosyncratic musicians in the Romantic age. Many of his symphonies are as audacious as his keyboard pieces.

In the area of chamber music, Bach pulled the keyboard out of its subsidiary Baroque role and made it a full partner with, or even leader of, the other instruments. Yet here he fashioned the music to the public's conservative expectations, as he did with his church music. He composed prolifically in many genres, and much of his work awaits public rediscovery.

Bach also produced an important account of performance practice in the second half of the 18th century, translated into English as Essay on the True Art of Playing Keyboard Instruments. ~ James Reel, Rovi 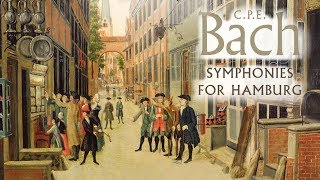 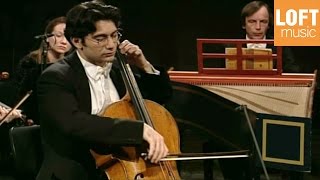 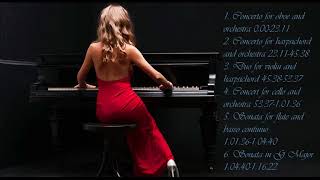 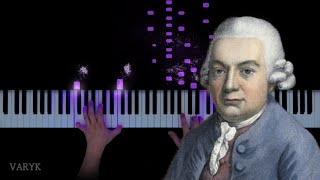 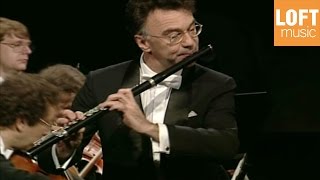 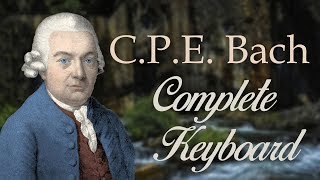 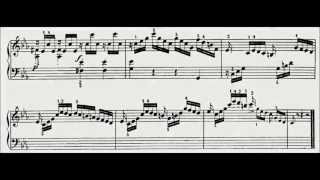