Close
The Quarrymen
from Liverpool, England
formed January 1, 1957 - January 1, 1959 (age 2)
Biography
The odds are extraordinarily high that, under ordinary circumstances, the Quarrymen (or Quarry Men -- no two sources agree on the spelling) would have been forgotten decades ago, along with thousands of other skiffle bands that sprang up throughout England in the mid- to late -'50s. As it worked out, however, they proved one of the great sources of talent in the history of popular music, having been founded by John Lennon, and Paul McCartney and George Harrison having passed through their lineup.

With a lapse of about six months, the Quarrymen essentially evolved into the Beatles. The Quarrymen were founded by John Lennon at the Quarry Bank School in Liverpool in the middle of 1957. As with most non-professional skiffle bands, the group's lineup was fairly fluid, depending upon who was available on any given week. The core of the original group, apart from Lennon on guitar, included Pete Shotton (washboard), Eric Griffiths (lead guitar), Rod Davis (banjo), Bill Smith (tea chest bass), and Colin Hanton (drums) -- Smith was succeeded quickly by either Ivan Vaughan or Nigel Whalley (who later became their manager), but by June of that year, Len Garry had taken over the bass chores.

Their sound was skiffle, a highly animated, heavily rhythmic variant on American folk and country music, although even at that early date, Lennon tried to stick as many rock & roll tunes as he could into their repertory. He found allies in a pair of new members: Paul McCartney and George Harrison. In July, McCartney joined as a singer-guitarist, and this lineup was stable for approximately six months. The Quarrymen played local youth clubs and dances, picking up a small following around Liverpool and a little money in the bargain. And in February of 1958, George Harrison, all of 14 years old, who'd been playing with his brother Peter in a skiffle band called the Rebels (who played exactly one official gig), joined on guitar and vocals. John Lowe also came in on piano at that time, adding to the range of the group's sound, which was starting to feature a lot more rock & roll, including Whole Lotta Shakin', Blue Suede Shoes, Bebop-A-Lula, and Twenty Flight Rock.

By the summer of 1958, skiffle music had already seen its day as a dominant commercial brand of music. A few top acts, like Lonnie Donegan, the Vipers Skiffle Group, the Chas McDevitt Skiffle Group, and Johnny Duncan, still sold records, but teenage audiences in England were now a lot more interested in authentic American rock & roll. That summer, a newly signed band on EMI Records' Columbia label, Cliff Richard the Shadows, who weren't all that much older than the Quarrymen, topped the British charts with a single -- an original song, no less, by Ian Samwell, a founding member of the Shadows -- called Move It, which sounded American with a vengeance. Its success was a nail in the coffin of skiffle music as a national phenomenon, although it was still possible for groups that aspired to nothing more to play local youth clubs for pocket money.

The Quarrymen were already trying to toughen up their sound, and that wasn't the only change taking place in the band. By the middle of 1958, Garry and Griffiths were gone, the former from a serious meningitis infection and the latter pushed out by the presences of McCartney and Harrison on guitar. The Quarrymen were reduced to a more manageable quintet of Lennon, McCartney, Harrison, Hanton, and Lowe, but the winnowing process begun by the bandmembers and bad luck on Garry's part was difficult to halt. As 1959 opened, Hanton was gone, and then the Quarrymen's lineup had all but collapsed. Lennon and McCartney were the only ones left as Lowe exited and Harrison passed through an outfit called the Les Stewart Quartet before rejoining the Quarrymen in August of that year, alongside Lennon and McCartney and a guitarist-singer named Ken Brown. He later jumped to a band called the Black Jacks, whose drummer was one Pete Best. By the fall of 1959, the Quarrymen had transformed themselves into a trio called Johnny the Moondogs, who added Lennon's art school friend Stu Sutcliffe on bass.

By the spring of 1960, they were a quintet called the Silver Beetles (later the Silver Beatles), with Tommy Moore on drums -- he was succeeded by Norman Chapman, who, in turn, was succeeded in August of 1960 by Pete Best. By then, the band was named the Beatles. And the rest, as they say, was history. Within a year, Sutcliffe was out of the lineup, McCartney was playing bass, and the Beatles had made their first recordings in Hamburg. Apart from some recollections provided to biographers of the Beatles and Lennon, little has been heard about or from Garry, Griffiths, Davis, Hanton, or Shotton in the 40 years-plus since they last played with Lennon. In the summer of 1997, however, the surviving non-Beatle members of the Quarrymen reunited for a benefit performance in Liverpool, at the same church where they first played together 40 years before, and this led to an album and a tour.

Their performances, which included gigs at top clubs like The Bottom Line in New York, got a lukewarm reception from most critics and healthy enthusiasm from serious Beatles fans -- although, in fairness, given the absence of Lennon, Harrison, or McCartney in the lineup, the group's sound was distinctly non-Beatles. It was an opportunity to hear the kind of music that the Beatles started with, however, and a rare chance to hear authentic skiffle music outside of England, and at anytime after the '50s. ~ Bruce Eder, Rovi 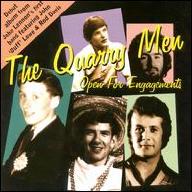 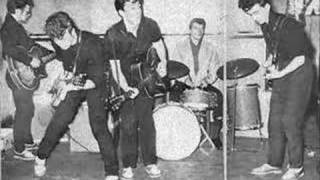 In Spite of All The Danger - The Quarrymen 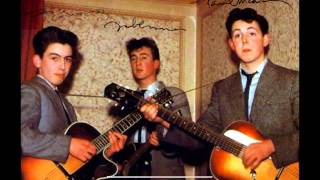 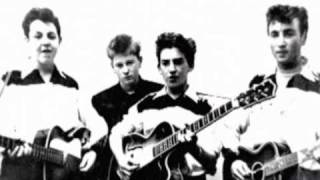 The Quarrymen - That'll Be The Day 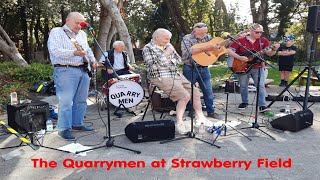 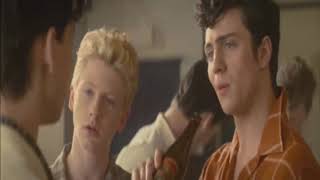 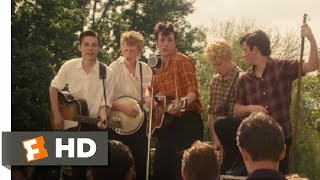 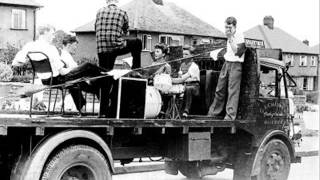