Close
Bruce Hornsby
from Williamsburg, VA
November 23, 1954 (age 67)
Biography
Possessing a breezy, nonchalant style that belies his technical gifts, pianist Bruce Hornsby writes powerful songs from the heart that touch on several distinctly American traditions: pop, jazz, bluegrass, and '60s soul. He worked for a while as a studio player and songwriter, and had his first hit in 1986 with the stirring and philosophical "The Way It Is," a single he recorded with his backing band the Range. An unexpected number one hit, "The Way It Is" kicked off a period where Hornsby straddled the line between heartland rock and adult contemporary pop, reaching the Top Ten with such singles as "Mandolin Rain" and "The Valley Road." Hornsby ultimately rejected the musical mainstream, disbanding the Range so he could tour with the Grateful Dead in the early 1990s, then exploring a variety of adventurous musical fusions on his own in the '90s and with the Noisemakers in the 2000s. Along the way, Hornsby collaborated with everybody from bluegrass picker Ricky Skaggs to jazz musicians Christian McBride and Jack DeJohnette while also spending time composing scores for Spike Lee, but his real revival arrived in the 2010s when Justin Vernon cited Hornsby as an influence and invited the pianist to play on Bon Iver's 2019 album I, I. Hornsby embraced the opportunities that arose with a series of electronic-inflected, unpredictable albums that ran from 2019's Absolute Zero through 2022's 'Flicted.

Bruce Hornsby was born in Williamsburg, Virginia, and grew up in that combination college town and tourist center, later attending the University of Miami and the Berklee School of Music. He then spent years playing in bars and sending demo tapes to record companies. In 1980, he and his brother (and songwriting partner) John Hornsby moved to Los Angeles, where they spent three years writing for 20th Century Fox. There, Bruce Hornsby met Huey Lewis, who would eventually produce him and record his material. Hornsby finally signed his band, the Range, to RCA in 1985. Their debut album, The Way It Is, was released in April 1986. It eventually produced three Top 20 hits, the biggest of which was the socially conscious "The Way It Is," which featured Hornsby's characteristically melodic right-hand piano runs. The album stayed in the charts for almost a year-and-a-half and sold two million copies. Hornsby the Range won the Best New Artist Grammy Award for 1986.

Hornsby's second album, Scenes from the Southside, was not as successful as his debut, though it sold a million copies and produced the Top Ten single "The Valley Road." Hornsby also began to make his mark as a songwriter for others: Huey Lewis had a hit with his "Jacob's Ladder," as did Don Henley with "The End of the Innocence." Hornsby's third album, A Night on the Town (1990), found him trying to break out of his signature sound into other areas. It was less successful than its predecessors but, along with the pianist's extensive session work, it signaled his determination to tackle new musical challenges. Hornsby worked extensively as a producer and sideman in the early '90s, notably doing temporary duty in the Grateful Dead after their keyboardist, Brent Mydland, died in July 1990, and producing a comeback album for Leon Russell, one of Hornsby's idols. He also became the father of twin sons.

He finally turned in his fourth album, Harbor Lights, for release in 1993. This solo album, which did not feature his backup band the Range, went gold, and Hornsby toured the U.S. and Canada through the end of the year. He followed it with a similar effort, Hot House, in July 1995, returning three years later with the double album Spirit Trail. Here Come the Noise Makers was issued in fall 2000. Since that time, Hornsby has released a handful of albums including Big Swing Face in 2002, Halcyon Days in 2004, the jazz-oriented Camp Meeting in 2007, and Levitate in 2009. Hornsby's most impressive playing has arguably been in live settings, though, as illustrated by the two-disc set Bride of the Noisemakers (released in 2011 and featuring concert performances from Hornsby and his band the Noisemakers recorded between 2007 and 2009), which put the band's impressive ability to jam in styles ranging from rock to jazz and bluegrass on full display. A live set with Ricky Skaggs, Cluck Ol' Hen, appeared at the end of the summer in 2013. Another live album, a double-disc set called Solo Concerts, appeared on Vanguard Records in August 2014. In the summer of 2015, Hornsby reprised his role as keyboardist for the Grateful Dead during the group's 50th anniversary reunion shows in California and Chicago. A year later, he and the Noisemakers returned with their fifth album, Rehab Reunion.

Hornsby delivered Absolute Zero, his first solo album since 1998's Spirit Trail, in April 2019. His creative streak continued in 2020 with another solo album, Non-Secure Connection. A wide-ranging and ambitious set, it was led by the single "My Resolve," a duet with the Shins' James Mercer. Hornsby returned in 2022 with 'Flicted, a record partially based on film cues he wrote for Spike Lee and featuring cameos from Ezra Koenig, Blake Mills, and Danielle Haim. ~ William Ruhlmann & Steve Leggett, Rovi 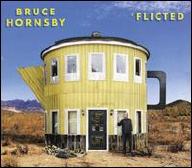 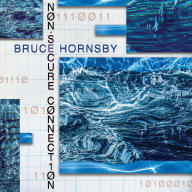 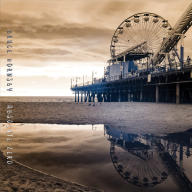 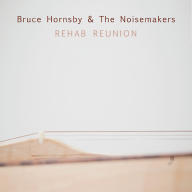 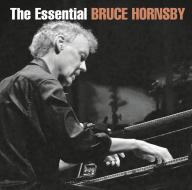 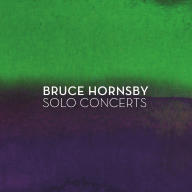 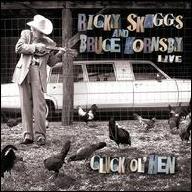 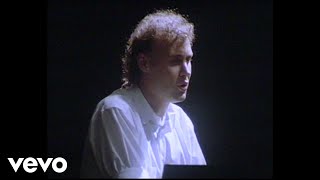 Bruce Hornsby & The Range - The Way It Is (Official Video) 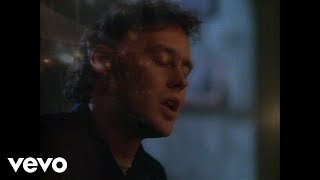 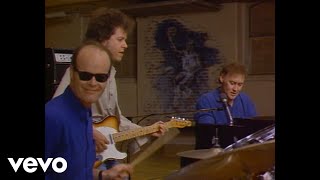 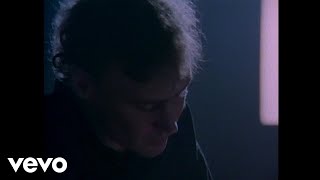 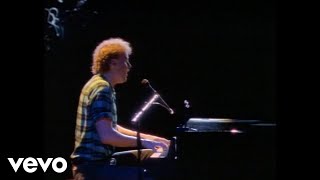 Bruce Hornsby, The Range - Look Out Any Window 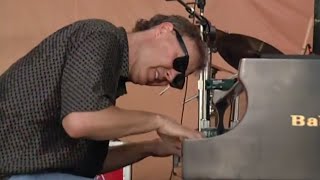 "The End of the Innocence" - Bruce Hornsby & yMusic
Available here: