Close
Joe Perry
from Lawrence, MA
September 10, 1950 (age 71)
Biography
Along with Kiss' Ace Frehley, Aerosmith's Joe Perry was responsible for inspiring thousands of teenagers to pick up guitars and start rocking & rolling in the 1970s and beyond. Born September 10, 1950 in Lawrence, Massachusetts, Perry got his first taste of rock & roll at the ripe old age of six, when neighbors turned him on to such early rock nuggets as "Rock Around the Clock," "Tutti Frutti," etc. Infatuated by the likes of the Beatles and the Rolling Stones in the '60s, Perry picked up the guitar during his teenage years and started jamming along with such British blues-rockers as the Yardbirds (Having a Rave Up with the Yardbirds) and John Mayall (Bluesbreakers), which would serve as the basis for his rough & tough blues licks that would later put Aerosmith over the top. Getting his chops together by playing with such bands as Flash, Just Us, Plastic Glass, and the Jam Band (during which he hooked up with future Aerosmith bassist Tom Hamilton), Perry crossed paths with New York City native Steven Tyler (then named Steven Tallarico) in 1969, when each of their bands would play at Sunapee, New Hampshire's The Barn. Shortly thereafter, Aerosmith was formed, consisting of Perry on guitar, Tyler on vocals, Hamilton on bass, Joey Kramer on drums, and Ray Tabano on second guitar (later replaced by Brad Whitford). Combining the blues grit of the Stones and the Yardbirds with the heavy riffing of Led Zeppelin, the band would issue their first album on Columbia in 1973, and by the late '70s, would be one of the world's biggest rock bands (on the strength of sold-out tours and such classic albums as 1975's Toys in the Attic and 1976's Rocks). But Aerosmith's first reign at the top didn't last long. Hard drugs eventually weakened the band's camaraderie and blurred their original musical vision -- leading to spats between Perry and Tyler. Frustrated with band, Perry left during the recording of 1979's Night in the Ruts, soon after forming his own band, the Joe Perry Project. The original lineup (consisting of Perry, Ralph Mormon on vocals, David Hull on bass, and Ronnie Stewart on drums), issued an inspired, woefully overlooked debut, Let the Music Do the Talking, one year later. Although the new band was promising, old habits were hard to break, and drugs ruined that band. Still, Perry soldiered on (facing bankruptcy at the time), issuing two more so-so albums with a revolving door of bandmembers. With Aerosmith's career sagging as well, Perry patched up his differences with Tyler, and reunited the classic Aero lineup by 1984. Drug abuse still ran rampant, resulting in their unfocused debut for Geffen, 1985's Done with Mirrors. But a surprise hit with rappers RUN-D.M.C. (a remake of Aerosmith's "Walk This Way") and the bandmembers finally kicking drugs and drink for good, led to an immediate resurgence in their popularity. By the late '80s, Aerosmith was on top of the rock world again, where Perry and company remained, issuing such hit albums as Permanent Vacation and Pump.

In the '90s, with the group's revitalized popularity peaking, Aerosmith released Get a Grip, Nine Lives, and live album A Little South of South of Sanity, with an appearance on the Super Bowl halftime show following in 2001 just prior to the release of Just Push Play. Continuing their streak of hit albums, the aughts also saw the blues record Honkin' on Bobo, a greatest-hits collection, live albums, and several international tours. Meanwhile, Joe Perry released his first solo album in over 20 years, 2005's Joe Perry, and 2009's Have Guitar Will Travel. Around that time, the musician launched a line of hot sauces called Joe Perry's Rock Your World Hot Sauces, one of which was featured at Hard Rock Cafes, and which led to an appearance on celebrity chef Rachael Ray's TV show Inside Dish. Perry continued to tour with Aerosmith in the 2010s but found time to finish and release his autobiography, Rocks: My Life in and out of Aerosmith, in 2014. Back in the studio, he recorded a holiday EP, Joe Perry's Merry Christmas, which featured actor/musician Johnny Depp on rhythm guitar.

Perry rejoined Aerosmith for a tour in 2015, but his major project that year was collaborating with Depp and Alice Cooper in the band Hollywood Vampires; they released an eponymous debut in September of that year. Aerosmith performed a handful of dates in 2016 and 2017, and Perry returned with a solo album called Sweetzerland Manifesto in January 2018. ~ Greg Prato, Rovi 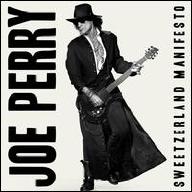 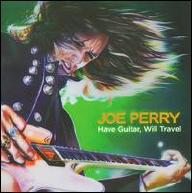 Have Guitar Will Travel
2009 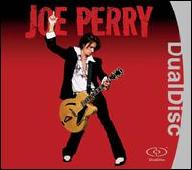 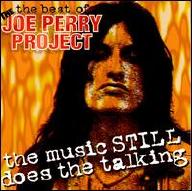 The Best of the Joe Perry Project: The Music Still Does the Talking
1999 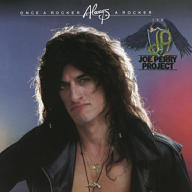 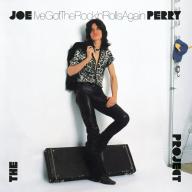 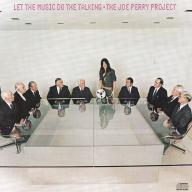 Let The Music Do The Talking
1980
Videos
Close 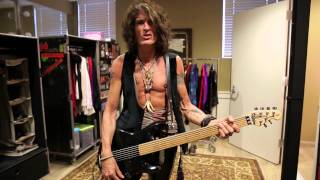 Joe Perry and His Guitar 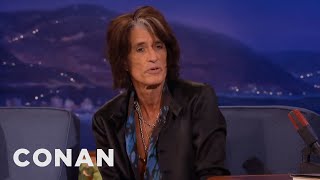 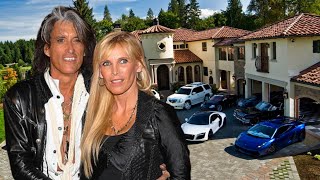 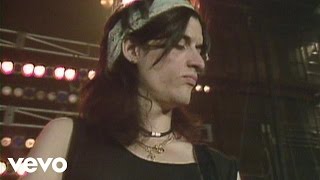 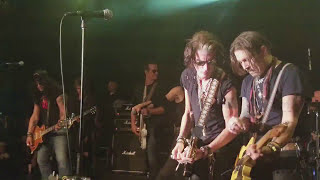 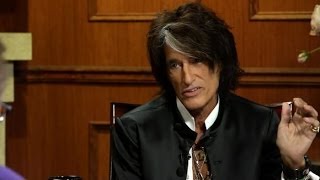 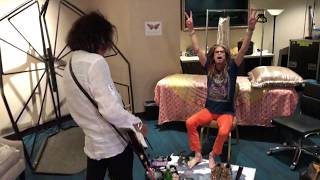