Close
Monty Alexander
from Kingston, Jamaica
June 6, 1944 (age 77)
Biography
Jamaica-born pianist Monty Alexander is a sophisticated, prolific performer with an urbane swinging style informed by the bop tradition as well as the reggae and Caribbean folk he grew up with. Influenced by pianist Oscar Peterson, Alexander initially garnered attention performing in night clubs in the late '50s. Following a move to Miami, he gained wider renown with 1965's Alexander the Great and 1976's Live! Montreux Alexander. Over the years he has continued to explore a vibrant, cross-pollinated sound, moving from straight-ahead acoustic jazz to Jamaican sounds on albums like 1980's Trio, 1994's Jamboree: Monty Alexander's Ivory and Steel, and 2011's Grammy-nominated Harlem-Kingston Express. In 2019, he brought all these influences to bear on the Thelonious Monk-inspired Wareika Hill Rastamonk Vibrations.

Born in Kingston, Jamaica in 1944, Alexander first started playing piano around age four and took classical lessons from age six. By his teens, however, he had discovered jazz and was already performing in nightclubs. His early career found him covering pop and rock hits of the day, as well as working with various ska, reggae, and calypso groups, including Clue J His Blues Blasters. However, it was his love of jazz-oriented artists like Oscar Peterson, Duke Ellington, Frank Sinatra, and Nat King Cole that brought him the most inspiration. In 1961, he moved with his family to Miami, Florida to better pursue his musical ambitions. It was there that Alexander met restaurateur and Frank Sinatra associate Jilly Rizzo, who eventually hired him as the house pianist at his New York nightclub, Jilly's. For the next several years, Alexander lived in New York and worked at Jilly's, where had the opportunity to befriend and perform with a bevy of stars including Sinatra, Ray Brown, Milt Jackson, and others. Buoyed by this success, in 1964 he traveled to Los Angeles, where he recorded several well-received albums for the Pacific Jazz label, including Alexander the Great and Spunky. A handful of additional efforts followed, including 1967's Zing! on RCA and 1969's This Is Monty Alexander on Verve. In 1969 he also appeared on vibraphonist Milt Jackson's That's the Way It Is.

In the '70s, Alexander built a long-lasting relationship with Germany's MPS (Musik Produktion Schwarzwald) label and released a steady stream of albums, including 1971's Here Comes the Sun, 1974's Perception!, and 1977's Cobilimbo with longtime friend and collaborator Ernest Ranglin. These albums found Alexander pushing his sound in new directions and often combining jazz with elements of the Caribbean musical traditions of his youth. During this period he formed working relationships with bassist John Clayton and drummer Jeff Hamilton. As a trio, they debuted to much acclaim on 1976's Live! Montreux Alexander, and would continue to work together in various configurations over the next several decades. The pianist also continued to record with Milt Jackson, and made appearances on albums by Quincy Jones, Dizzy Gillespie, Phyllis Hyman, and others.

The '80s were also a fruitful period for Alexander, who continued to combine his love of straight-ahead jazz and Caribbean music with the release of such albums as 1983's The Duke Ellington Songbook, 1985's The River, and 1986's Li'l Darlin'. He also reunited with Clayton and Hamilton on 1983's Reunion in Europe and paired with bassist Ray Brown for several dates, including 1985's Full Steam Ahead and 1987's The Red Hot Ray Brown Trio. More albums followed, including 1994's Live at Maybeck and 1995's reggae-inflected Yard Movement. He rounded out the decade with 1997's Frank Sinatra-inspired Echoes of Jilly's and 1999's Stir It Up: The Music of Bob Marley.

In 2000, Alexander's artistic achievements were recognized by the Jamaican government with his designation as a worldwide music ambassador and as Commander in the Order of Distinction for outstanding services to Jamaica. That same year, he collaborated with reggae giants Sly Dunbar and Robbie Shakespeare on Monty Meets Sly Robbie, followed in 2001 by Caribbean Duet with pianist Michel Sardaby. He then paired again with Ray Brown and guitarist Herb Ellis for 2002's Triple Scoop and 2003's Straight Ahead. Two tribute sessions followed with 2008's The Good Life: Monty Alexander Plays the Songs of Tony Bennett and 2009's Calypso Blues: The Songs of Nat King Cole.

Alexander then highlighted his fusion of reggae, ska, R&B, and jazz on 2011's Grammy-nominated Harlem-Kingston Express and 2014's Harlem-Kingston Express, Vol. 2: River Rolls On, both recorded at Dizzy's Club Coca-Cola at Lincoln Center. In 2019, he celebrated his longstanding love of Thelonious Monk on Wareika Hill Rastamonk Vibrations, reworking many of the pianist's songs with Caribbean-flourishes. Featured on the album were guest spots by saxophonists Wayne Escoffery, Ron Blake, and Joe Lovano. ~ Matt Collar, Rovi 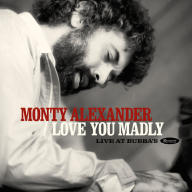 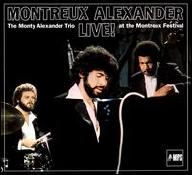 Live! At the Montreux Festival
2016 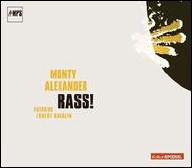 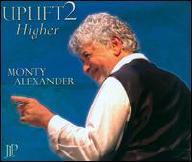 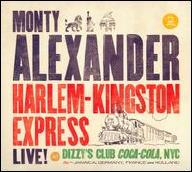 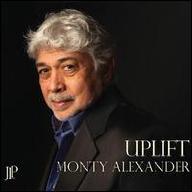 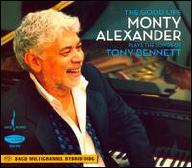 The Good Life: The Music of Tony Bennett
2008
Videos
Close 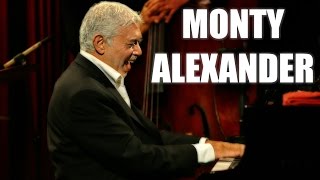 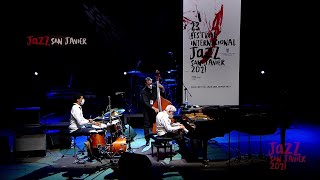 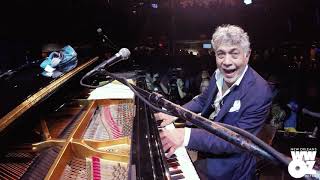 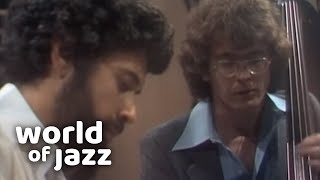 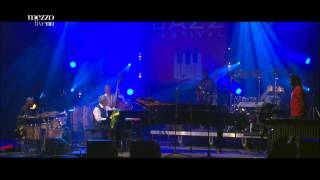 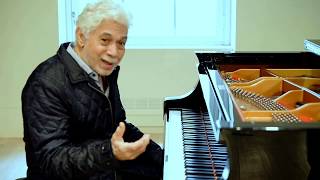