Close
Henry Brunies
Biography
Many Brunies were baked, as if someone were making brownies, not Brunies, and enough to serve a get-together of Ellis Marsalis and his clan. That would have happened right in the Brunies' neighborhood, as the latter of these musical New Orleans families lived in a house at 2119 Tchoupitoulas as well as another home reported to have been on Jackson Avenue. Henry Brunies was one of the many musically talented members of this clan, who to no great shock played together in a family band as well as in many other projects on their own. Henry played trombone in the Friars Inn Orchestra, and he wasn't even the only member of the family who went to work armed with the musical instrument sometimes known as a "pitch approximator." George Brunies, who later shortened his name to Georg Brunis, also played trombone and is far and away the most famous member of the family, and not just because he ditched a few letters in his name as the years went on. One of the George Brunies trombone solos that was recorded on a New Orleans Rhythm Kings session became something of a repertory "must-learn" item for trombonists, with few bothering to copy the licks of brother Henry Brunies.

But reports of sibling rivalry would have to be exaggerated, since the obvious problem in the Brunies family would be just telling everyone apart. This family was large enough that by itself it produced enough musicians to put the "Irish Channel" neighborhood of New Orleans on the musical map. The fat porches associated with this city's architecture were made to accommodate such large families, and the Brunies were actually known to set up and play music right on theirs. There were six sons and one daughter, all of whom played instruments. Father Henry was a violinist who made his dough with dough, earning his living as a baker. Mother Elizabeth was also an excellent pianist. The most obscure member of the younger generation would be guitarist Ada Brunies -- not even her birthday or date of death are known. Rudy Brunies played the "slap" bass style and made beer for a living. There was also Richard Brunies on cornet and Merritt Brunies, who could handle both the cornet and trombone and was a successful bandleader as well. Albert or Abbie Brunies also played cornet and led a band with a most seriously deranged name, Abbie Brunies' Halfway House Orchestra, although the actual meaning was quite innocent -- see the Abbie Brunies biography for details.

Another cousin who was a drummer had the same name, but this Albert Brunies became known as Little Albert Brunies or "Little Abbie." Henry Brunies became known as "Henny," and is indeed sometimes credited as Henny Brunies, a non-mistake often corrected as a typo. To make matters even more confusing, he somehow winds up credited as Harry Brunies, and quite often, too. The better-known George Brunies was his younger brother, and apparently considered Henry to be the shining star of the entire family musically. His professional career began as a sideman in various New Orleans brass bands, and he was among the earliest players to go on tour in California, where a rich scene would develop for hot jazz sounds. From 1923 through 1926 he worked and recorded in Chicago with brother Merritt Brunies' orchestra, where he was billed as the world's greatest jazz trombonist. Both Henry and Merritt Brunies have been credited as co-writers of the standard Up Jumped the Devil, but so have about a dozen other people, maybe even the Devil himself. ~ Eugene Chadbourne, Rovi 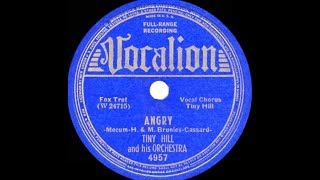 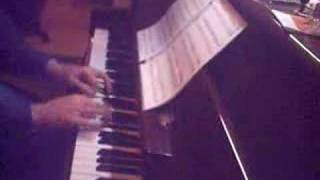 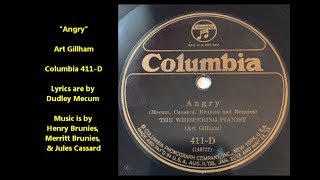 Art Gillham "Angry" (1925) one of the greatest songs of the 20th century!-- Merritt Brunies 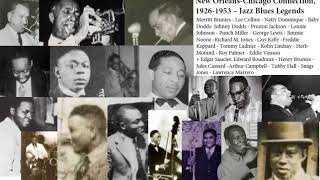 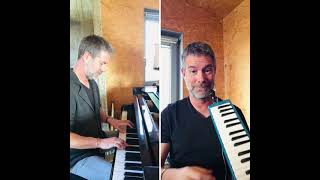 PhilJazzy Duo - Tell Me Who 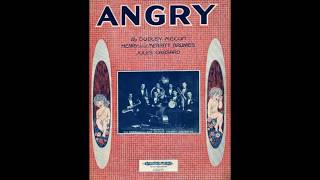 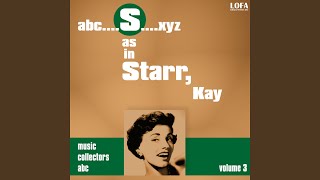