Close
Roxette
from Halmstad, Sweden
formed January 1, 1984 (age 38)
Biography
With their hooky brand of dance-oriented pop/rock, Sweden's Roxette rose to fame as one of the biggest global pop acts of the '80s and '90s. Second in Sweden only to ABBA in terms of commercial success, the duo sold over 75 million records around the world, earning number ones in several countries with 1988's Look Sharp!, 1991's Joyride, and 1994's Crash! Boom! Bang!. They dominated the charts with songs like "The Look," "Listen to Your Heart," "Joyride," and "It Must Have Been Love," all four of which hit the top of the Billboard Hot 100. They never strayed from their high-gloss pop sound and continued to chart Top Tens in Europe with albums like 2001's Room Service, 2011's Charm School, and 2016's Good Karma.

Hailing from Halmstad, Sweden, Roxette were a duo featuring vocalist Marie Fredriksson and songwriter, vocalist, and multi-instrumentalist Per Gessle. Fredriksson and Gessle first met in the late '70s, when she was a member of the pop combo Strul Ma Mas Barn and he played with Gyllene Tider, one of Sweden's biggest groups of the late '70s and early '80s. In 1981, after Fredriksson's group broke up, she joined Gyllene Tider as backing vocalist for a concert tour, and later worked with them in the studio in the same capacity. In 1984, Fredriksson released her first solo album, Het Vind (Hot Wind) and Gessle contributed a song for the sessions; the same year, Gyllene Tider recorded their only English-language album, The Heartland Café, and Gessle once again invited Fredriksson to contribute to the sessions. For the American release, Gyllene Tider's American label, Capitol Records, edited the 11-song album down to a six-track EP and shortened the title to Heartland. Capitol also felt the name Gyllene Tider might not register with U.S. listeners, so the group adopted the name Roxette, taken from a song by British pub rock icons Dr. Feelgood.

The Heartland Café proved to be Gyllene Tider's last album for a 20-year period, and Gessle decided it was finally time for him and Fredriksson to record a project together. As Roxette, they cut a single in 1986, "Neverending Love," which was a major hit in Sweden, and a number of songs Fredriksson and Gessle had earmarked for her third solo album became the basis of the first proper Roxette album, Pearls of Passion. In hopes of greater international success, Roxette wrote and recorded their material in English, but while Pearls of Passion was a hit at home, Capitol/EMI didn't bother to release the album in the United States. The same fate initially befell 1988's Look Sharp! until an American student studying in Sweden brought a copy of the album home to Minneapolis and persuaded a DJ at a local radio station to give "The Look" a spin. The song clicked with listeners, and soon Capitol rush-released Look Sharp! in the United States; both "The Look" and "It Must Have Been Love" went to number one on the singles charts, and the album went platinum, establishing Roxette in the States and kick-starting their career in Europe.

Their next album, 1991's Joyride, also went platinum in America, and it was followed in 1992 by Tourism: Songs from Studios, Stages, Hotel Rooms and Other Strange Places, a collection of material recorded during the group's 1991 world tour. In 1994, Roxette released Crash! Boom! Bang!, which was successful in Sweden and Europe but failed to live up to the sales figures of their second and third albums in America. In 1996, Roxette went on hiatus after recording a Spanish-language album, as Gyllene Tider staged a reunion tour and Gessle released a solo album. Roxette returned to duty in 1999 with the album Have a Nice Day, and Room Service followed in 2001, with the duo making a high-profile appearance as part of the Eurovision Song Contest. However, in the fall of 2002, Roxette were forced to curtail their activities when Fredriksson was diagnosed with a brain tumor; over the next several years, she focused on her recovery and recorded solo material, while Gessle also pursued solo projects and staged another Gyllene Tider reunion.

In 2008, Gessle surprised fans at a concert in Amsterdam when he brought out Fredriksson to sing several Roxette hits, and in 2009, the duo staged a comeback tour that sold out halls all across Europe and the Netherlands. With Fredriksson back in fighting shape, Roxette returned to the recording studio, and 2011's Charm School was their first album of new material in ten years. It was followed by another successful world concert tour that stretched for two years. The lead single from the album -- "She's Got Nothing On (But the Radio)" -- hit the top of the European Airplay charts that January. 2012 saw the release of Roxette's ninth effort, entitled Travelling. It was originally going to be called Tourism 2, a direct sequel to their 1992 album, but EMI insisted on avoiding album titles with numbers. The record featured the lead single "It's Possible," and went on to enter the Top Ten album charts in four countries.

2016 would mark the duo's 30th year together, and a huge tour was planned for the occasion. After brief stints pursuing other projects -- Gessle once again reunited with his boy band and Fredriksson promoted her solo album Nu -- the RoXXXette 30th Anniversary Tour kicked off in late 2014. It was scheduled to coincide with the release of Roxette's tenth studio album, 2016's Good Karma, but due to Fredriksson's recurring ill health, the tour had to be cut short in February 2016. Gessele toured Europe as Per Gessele's Roxette in late 2018, around the same time that the 30th anniversary edition of Look Sharp! appeared. Fredriksson died in December 2019 at age 61. The following year, Roxette issued Bag of Trix, a collection of previously unreleased songs that included "Let Your Heart Dance with Me," a Good Karma outtake that was one of the last vocals Fredriksson recorded. Pelle Alsing, the group's longtime stage drummer, died on December 20, 2020. ~ Mark Deming, Rovi 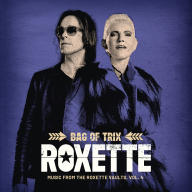 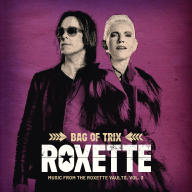 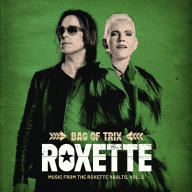 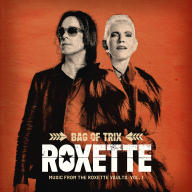 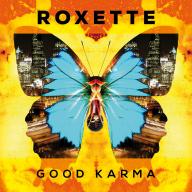 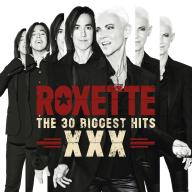 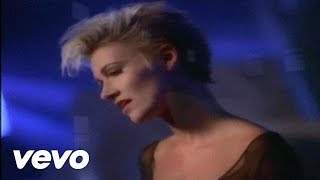 Roxette - It Must Have Been Love (Official Music Video) 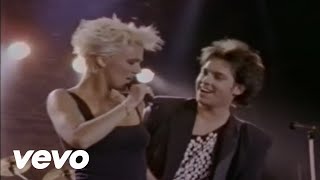 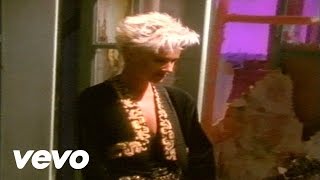 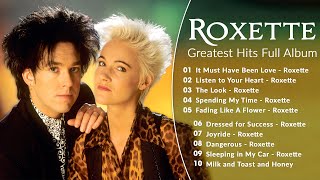 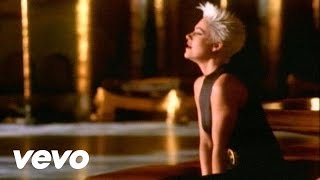 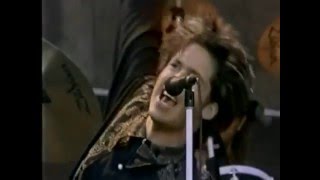 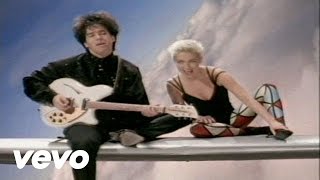