Close
Vic Berton
from Chicago, IL
May 6, 1896 - December 26, 1951 (age 55)
Biography
Vic Berton, an innovative percussionist from the early days of jazz, came from a musically talented family and is said to have played in a pit orchestra when he was only seven. His father was a professional violinist, and the bowed instrument was one of several musical devices that the tot Berton began bumbling with at an age advanced not much further than five. The child also tried piano and drums, mastering the latter to the point that the pit orchestra from the Alhambra Theatre in Milwaukee hired him in 1903. He studied tympani when most kids his age were learning tiddlywinks. At 16, he performed with the symphony orchestras of both Milwaukee and Chicago, and during the First World War as part of John Philip Sousa's navy band.

In the early '20s, Berton gigged around Chicago with players such as Art Kahn, Paul Beise, and Arnold Johnson. The drummer led his own band at the upbeat Merry Gardens club. In 1924, Berton took over management of the Wolverines, a group associated with tragic trumpeter Bix Beiderbecke, but only played in the group from time to time. From the middle of the decade onward, he collaborated with Roger Wolfe Kahn, Don Vorhees, and Red Nichols as well as keeping a busy schedule as a studio session man. His last activities before he pulled a vamoose to the West Coast was a short stint with bandleader Paul Whiteman in 1927. In Los Angeles, he became involved with Abe Lyman and like many players looked toward the film studios for more regular doolah. Paramount hired Berton, and during one period he was the studio's musical director. He also was one of the top percussionists with the Los Angeles Philharmonic Orchestra. In the '40s, he worked as a studio musician for 20th Century Fox, so any striking percussive effects -- for that matter any striking or banging on anything on the soundtrack for one of this studio's films from that era -- could well be the work of Berton, not that anybody was really keeping track.

But compared to many other artists from his era, few complaints can be made about the amount of credited documentation pertaining to this performer. Reissues of classic jazz material has made it possible to hear the results of many a day's work for this packer of percussion cases, in increasingly improved audio quality. Berton also was a busy composer, co-writing a variety of jazz themes and arrangements with various associates, among which the tear-soaked Sobbin' Blues seems to have become a required repertory number for the New Orleans jazz crowd. Brother Ralph Berton also became a jazz drummer as well as becoming inspired to write about the genre. ~ Eugene Chadbourne, Rovi 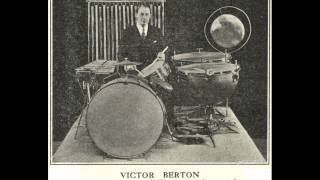 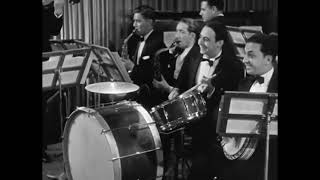 Vic Berton Behind The Drums 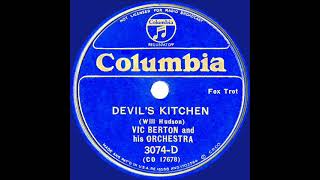 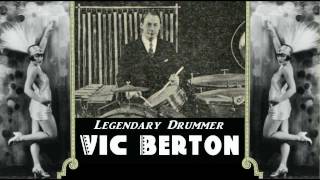 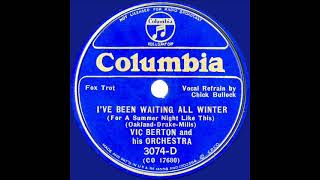 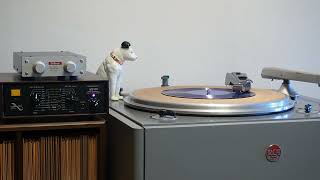 I've Been Waiting All Winter / Vic Berton and his Orchestra