Close
Hadda Brooks
from Los Angeles, CA
October 29, 1916 - November 21, 2002 (age 86)
Biography
In the mid- to late '40s, Black popular music began to mutate from swing jazz and boogie woogie into the sort of rhythm & blues that helped lay the foundation for rock & roll. Singer and pianist Hadda Brooks was one of the many figures who was significant in aiding that transition, although she's largely forgotten today. While her torch song delivery was rooted in the big-band era, her boogie woogie piano looked forward to jump blues and R&B. Ironically, the same qualities that made her briefly successful -- her elegant vocals and jazzy arrangements -- left her ill-equipped to compete when harder-driving forms of rhythm & blues, and then early rock & roll, began to dominate the marketplace in the early '50s.

Brooks got a recording deal through a chance meeting with jukebox operator Jules Bihari, who was looking to record some boogie woogie. The Los Angeles-based Bihari, along with his brother Joe, would become major players in early R&B with their Modern label, which issued sides by B.B. King, John Lee Hooker, Etta James, Jesse Belvin, and other stars. Brooks actually preferred ballads to boogie woogie, but worked up her style by listening to Pete Johnson, Albert Ammons, and Meade Lux Lewis records. Her first record, the pounding "Swingin' the Boogie," was a sizable regional hit in 1945. Joe Bihari would later tell author Arnold Shaw that the single was instrumental in establishing the Biharis in the record business.

Brooks' first records were instrumental, but by 1946 she was singing as well. She had a fair amount of success for Modern in the late '40s, reaching the R&B Top Ten with "Out of the Blue" and her most famous song, "That's My Desire" (which was covered for a big pop hit by Frankie Laine). Her success on record led to some roles in films, most notably in a scene from In a Lonely Place, which starred Humphrey Bogart.

Brooks briefly left Modern for an unsuccessful stint with major-label London in 1950. After a similarly unrewarding return to Modern in the early '50s and a brief stay at OKeh, she largely withdrew from recording and worked the nightclub circuit. For most of the '60s, in fact, she was based in Australia, where she hosted her own TV show. Her profile was boosted in the mid-'90s by her induction into the Rhythm & Blues Foundation Hall of Fame, and by the inclusion of her recording of "Anytime, Anyplace, Anywhere" in the film The Crossing Guard. A new album on Point Blank, Time Was When, was released in early 1996. ~ Richie Unterberger, Rovi 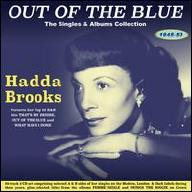 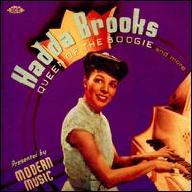 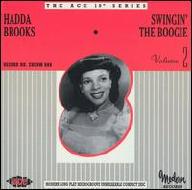 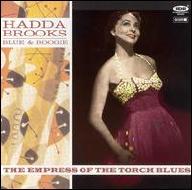 Blues and Boogies: The Empress of the Torch Blues
2003 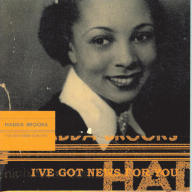 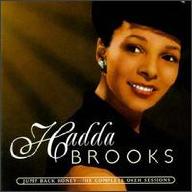 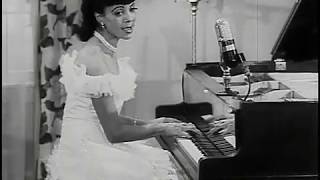 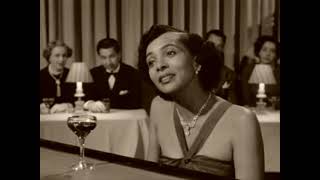 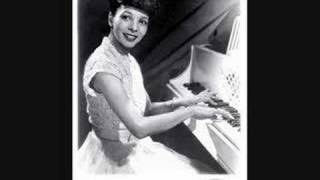 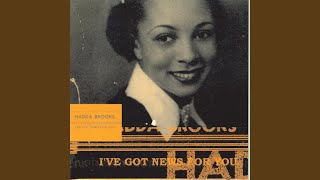 Need A Little Sugar In My Bowl 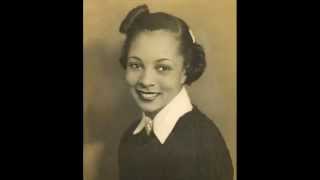 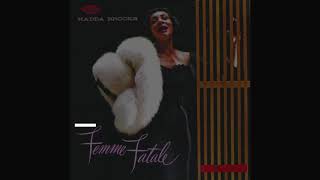 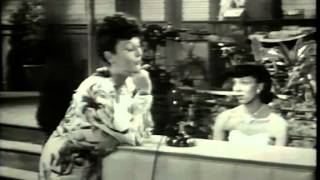