Close
Cameron Crowe
from Palm Springs, CA
July 13, 1957 (age 64)
Biography
Although Cameron Crowe is neither a musician nor an actor, his contributions to both music journalism and movie screenwriting/directing remain great. Born on July 13, 1957, in Palm Springs, CA, Crowe was raised in San Diego, and became a major rock & roll fan by his teenaged years. Instead of doing what many music-loving teenagers do -- impersonate their idols in garage bands -- Crowe turned to music journalism, landing writing jobs at the age of 15 with such renowned publications as -Penthouse, -Playboy, -Creem, and the -Los Angeles Times. A year later, Crowe began writing for -Rolling Stone, where he eventually served as Contributing Editor and eventually, Associate Editor, as he interviewed/covered such '70s rock heavy weights as Neil Young, Led Zeppelin, Elton John, David Bowie, Todd Rundgren, the Allman Brothers, Deep Purple, and countless others. 1976 also saw Crowe pen his first liner notes, for Peter Frampton's monster smash, Frampton Comes Alive!, as he somehow also managed to attend and graduate from high school.

Having accomplished just about all there is to in music journalism, Crowe then turned his eye towards writing a movie screenplay. It was to document the trials and tribulations of modern-day high school life that Crowe went undercover in 1979, returning to a nearby high school and pretending to be a student. Despite the fact that he was 22 years old at the time, Crowe fit in with the teenagers, and soon after, a cohesive screenplay began to take shape. The subsequent movie, 1982's #Fast Times at Ridgemont High (directed by Amy Heckerling), went on to become possibly the best teen movie of all-time (and definitely the most copied), as it also launched the careers of many renowned actors/actresses, including Sean Penn, Jennifer Jason Leigh, Judge Reinhold, Phoebe Cates, Forest Whitaker, Anthony Edwards, and Eric Stoltz, among others. Up next for Crowe was another teen-based movie, 1984's #The Wild Life, which proved to be not nearly as successful or special as its predecessor. Despite not being involved in any further movies for several years, Crowe's personal life was on the upswing, as he wed Heart guitarist Nancy Wilson in 1986.

Tired of having to hand the directorial reigns over to somebody else, Crowe signed on as director and writer for his next film (another teen comedy), #Say Anything, which proved to be a return to form. Crowe continued to write and direct his own movies throughout the '90s, as he scored several hits at the box office. 1992's #Singles, explored the dating scene in Seattle circa the "grunge" movement (and featured cameos by Pearl Jam, Soundgarden, and Alice in Chains), while 1996's #Jerry Maguire starred Tom Cruise, and earned Crowe an Academy Award nomination for Best Writing/Screenplay. For 2000's #Almost Famous, Crowe decided to make an autobiographical movie about his experiences as a teenager trying to break into the music journalism biz back in the early '70s, which led to Crowe winning the Academy Award for Best Writing/Screenplay.

Subsequently, nearly all of the movie soundtracks for Crowe's movies have become hits in their own right, as the writer/director often handpicks which songs and bands are to be included. Crowe has continued to pen liner notes for rock artists (Bob Dylan's Biograph, Led Zeppelin's Led Zeppelin [Box Set] and Complete Studio Recordings, Lynyrd Skynyrd's One More from the Road, etc.), and has directed music video clips for Tom Petty and Paul Westerberg, plus producing the Pearl Jam home video, Single Video Theory. Crowe has also authored a book, 2001's -Conversations with Wilder, which is a collection of interviews that Crowe conducted with renowned director Billy Wilder. ~ Greg Prato, Rovi 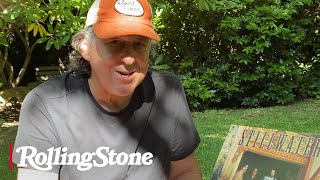 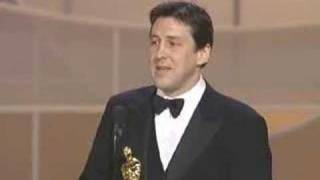 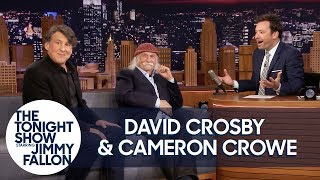 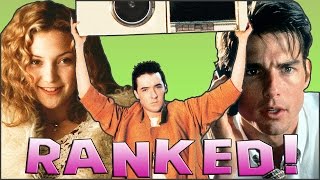 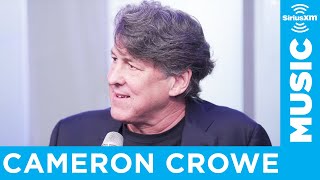 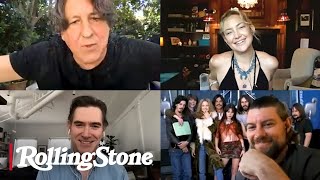