Close
Jimmy Lee Fautheree
from El Dorado, AR
January 1, 1934 - June 29, 2004 (age 70)
Biography
Rockabilly cat Jimmy Lee Fautheree was born April 11, 1934, in Smackover, Arkansas. At age 12 he received his first guitar, quickly becoming a disciple of Merle Travis' pioneering fingerpicked approach. His oilman father relocated the family to the Dallas area in 1946, and there a 16-year-old Fautheree made his professional debut on radio station KRLD's Big 'D' Jamboree showcase. His remarkable guitar prowess so impressed the crowd that he became a fixture of the program, and in 1951 graduated to Shreveport, LA, station KWKH's famed Louisiana Hayride. Immediately thereafter he signed to Capitol Records, which dubbed him Jimmy Lee for his debut single, I Keep the Blues All the Time. Its raw, kinetic country sound, galvanized by Fautheree's slashing Telecaster, predates Elvis Presley's celebrated Sun sessions by a full three years, but the label possessed no idea how to sell the record and it quickly dropped from sight. Capitol nevertheless forged ahead with seven additional Jimmy Lee singles, highlighted by the self-penned Go Ahead and Go, Lips That Kiss So Sweetly (Can Lie So Easily), and I'm Diggin' a Hole to Bury My Heart, before terminating his contract in late 1952. Fautheree's Capitol sessions nevertheless represent a crucial development in country's evolution into rockabilly. No less an authority than guitar legend James Burton has cited his enormous influence on his own development as a player.

Following the conclusion of his Capitol tenure, Fautheree worked as a session guitarist, appearing on records including Faron Young's Sweet Dreams and Webb Pierce's Teenage Boogie. In 1953, manager Tillman Franks paired his client with singer Country Johnny Mathis, and as Jimmy Johnny the duo regularly appeared on Louisiana Hayride. Their 1954 Chess single If You Don't, Somebody Else Will cracked the country Top Ten, but soon after Fautheree dissolved the partnership to team with a new partner, Wayne Walker. Their collaboration sputtered to a halt after just four months, but thrived long enough to produce the 1955 Chess rockabilly cult favorite Love Me. After splitting with Walker, Fautheree recruited his younger brother Lynn to form a new incarnation of Jimmy Johnny. After signing to Decca, the siblings relocated to Nashville to cut the single Living in a Dream World, but their tenure with the label proved brief and in 1957 they returned home to Dallas. Fautheree then resumed his solo career, in 1958 traveling to New Orleans to record the Vin label single Baby It's Love at producer Cosimo Matassa's legendary JM Studio. Credited to the alias Johnny Angel, the single went nowhere and the follow-up, Look What Love Will Do, restored the Jimmy Lee name to the label. Fautheree next reunited with Mathis, signing to Houston's D Records imprint for the duo's acknowledged classic, the booze-soaked anthem I Can't Find the Door Knob.

The partnership with Mathis again proved short-lived, however, and in 1959 Fautheree founded his own eponymous label to release the single One Life to Live, credited to Jackie Fautheree for reasons unknown. As Jimmy Fautheree, he next resurfaced on the Paula label, re-recording (and misspelling) I Can't Find the Door Nob in 1960. The Bells of Monterrey soon followed, and after one final Paula effort, Overdue, his stay at the label ended. Fautheree spent the remainder of the decade focusing on gospel music, for the tiny Lodema imprint cutting a series of singles including The Laziest Man in the World, Fellowship with Jesus, and One Day Smiling. By the 1970s he was largely out of music altogether, working an asbestos removal job, but in 1995 made an unexpected comeback, reuniting with Mathis for the first time in 35 years and cutting the gospel-themed It Won't Be Much Longer. In June 2003, Fautheree accepted an invitation to perform during a Louisiana Hayride reunion showcase, and with overseas interest in vintage rockabilly surging, he traveled to Europe in 2004 to headline a series of gigs, including the Sussex, England, Rockabilly Rave Show. Upon returning to the U.S., Fautheree teamed with Deke Dickerson the Ecco-Fonics Band to cut a new CD, I Found the Doorknob. Soon after completing the album, however, he learned he was suffering from cancer, and after a brief battle with the disease died at his Dallas home on June 29, 2004. ~ Jason Ankeny, Rovi 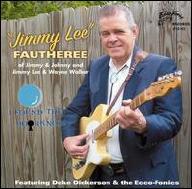 I Found the Doorknob
2004
Videos
Close 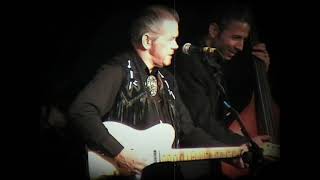 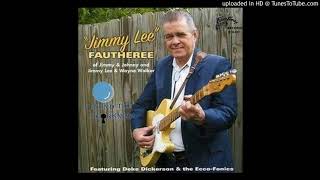 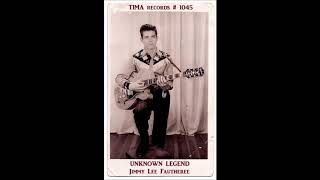 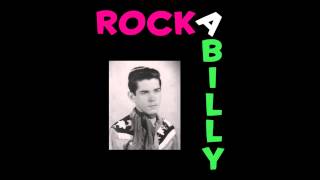 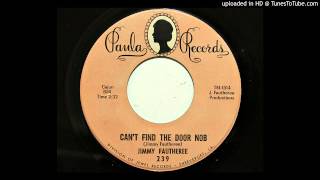 Jimmy Lee (Fautheree) - Nobody Knows Where You Go (Official Audio) 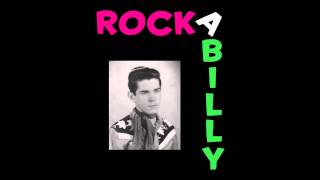 LOOK WHAT LOVE WILL DO - Jimmy Lee Fautheree
Available here: