Close
The G-Clefs
from Roxbury, MA
Biography
The G-Clefs is a highly flamboyant, well-choreographed pop/soul vocal group which has the distinction of having the first Boston area rock & roll record to chart nationally, their 1956 hit Ka Ding Dong. Consisting of four brothers, Teddy Scott (b. February 29, 1936), Chris Scott (b. February 2, 1937), guitarist Tim Payme Scott (b. August 23, 1938), and Ilanga Scott (b. July 22, 1940), along with their friend and neighbor Ray Gibson (b. September 24, 1937), the band formed in Roxbury, MA, an area similar to New York's Harlem, thirty years before New Edition would bring Maurice Starr and Michael Jonzun's music to the world, The G-Clefs were the original pioneers from New England's soon-to-be-important music scene.

The Scott's gang, "The Band of Angels", ruled in what was known to the police as "Scotty's Alley" with the warning "pass at your own risk", but the gang of "bad boys" had their giving side donating monies to charity. The Scott brothers' parents "adopted everyone" singer Teddy Scott told AMG in an August 2000 interview. Songs like the moody and intriguing Zoom Gali Gali and Why Can't We All Get Along on the Then Now CD contain biographical bits, Zoom was written by Tim Payme Scott about when they were kids and their homes had fenced-off back yards with alleys. The band would hold little shows charging a penny for people to see, and with their sisters and friends, they would perform an Egyptian act.

The band's first "official" show was circa 1952/1953 at the Rollerway, a roller skating rink which converted to a dance hall on Fridays, located in Revere, MA. Revere Beach in the '50s and '60s was Boston's answer to Palisades Park, the group playing hundreds and hundreds of shows before they made it into the charts.

They recorded Mary Lee at Ace Recording Studios in Boston in the '50s, a cover of the tune recorded in 1955 by the Rainbows. That 45 was brought to the band by Ted's girlfriend Audrey Fortune. The G-Clefs then came up with Ka Ding Dong "in eight minutes!" according to Teddy.

Ted Scott considers Revere "home", and at a special show on May 18, 1996 with Moulty the Barbarians and the Pixies Three at The Wonderland Ballroom, he reminisced about the early days. When contacted to perform at The Apollo Theater, he said the band couldn't sing for four days they were so frightened -- "for four days, swear to God." The band performed so well they played that Harlem theater over a dozen times. The group purchased The Peppermint Lounge in Revere and turned it into The Pied Piper. There were 20 or so clubs on the strip along with the rides and amusements, but the three performance venues   were Hurley's, The Ebb Tide and, their own Pied Piper. A 1968 release on Spotlight Records, The G Clefs Live at the Ebb Tide, is a good document of the time. The group polished its flashy stage show doing five shows a night during the week, and ten on Sundays when they did matinees as well. In 1997, filmmaker Abby Freedman's Redhead Productions initiated a 90-minute documentary film titled Ka Ding Dong after the group's first hit record. Projected to be released in 2003, there is footage from shows taped at The Hatch Shell on Boston's Charles River and Symphony Hall, as well as rare 1963-1964 home movie footage from Hurley's nightclub on Revere Beach. Freedman told AMG that this is one of the few groups in the U.S. with the original five vocalists all still in the band, giving a "sense of continuous history". Backing musicians which include keyboards, guitar, sax, bass, and drums, have changed over the years, saxophonist Dick Lourie being the veteran -- having joined the group in 1992/1993, with guitarist Danny Gioioso joining circa 1998.

Ka Ding Dong influenced many, songwriter Buzzy Linhart raves how important the Top 25 tune on Pilgrim Records was to his musical development. It would be five years after the initial hit that the band would go further up the charts, reaching the Top Ten with I Understand (How You Feel) on the Terrace label, a cover of a 1954 hit by the Four Tunes with Auld Lang Syne added into the mix. The band has surprisingly few albums for having stayed together through six decades, which makes their bio film and story all the more vital. ~ Joe Viglione, Rovi 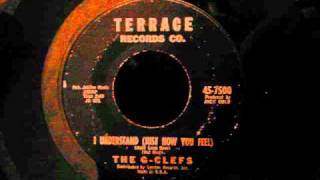 G-Clefs - I Understand (Just How You Feel) - Auld Lang Syne 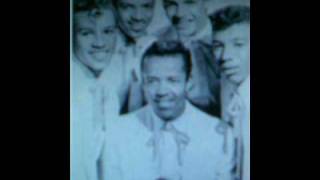 The G-Clefs - I believe in all i feel 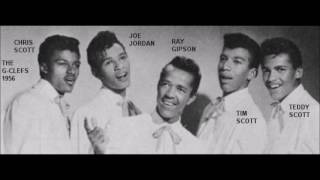 I Understand ( Just How You Feel ) The G-Clefs 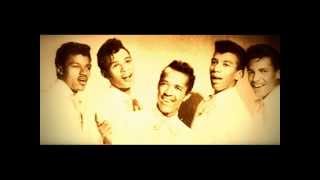 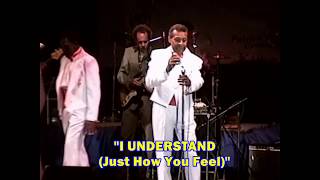 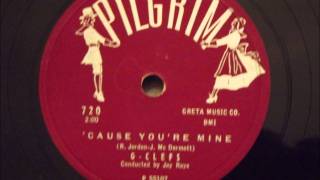 G-Clefs - 'Cause You're Mine - Boston Doo Wop Rocker 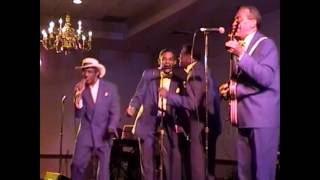