Close
Gary Clark, Jr.
from Austin, TX
February 15, 1984 (age 38)
Biography
With his acclaimed debut Blak and Blu, Gary Clark, Jr. emerged at the dawn of the 2010s as the great hope for modern electric blues. He spent the rest of the decade fulfilling that promise, both by continuing the blues-rock tradition and expanding it to encompass contemporary funk, rock, and hip-hop. Initially, Clark played his cards relatively close to the vest, emphasizing the blues heritage of his hometown in Austin, Texas (and earning the endorsement of local legend Jimmie Vaughan). But Clark quickly took risks other contemporary blues guitarists didn't, collaborating with R&B singer Alicia Keys and modern rockers Foo Fighters, while branching out to political protest on the charged 2019 album This Land.

Born and raised in Austin, Clark first picked up a guitar at the age of 12 and spent his teens playing whatever gig he could get in the Austin area. He eventually met Clifford Antone, promoter and owner of Antone's, the city's premier blues club, who began featuring Clark at his venue. An amazing live performer, Clark soon became one of the brightest players on Austin's blues and rock scene. He released an independent album, 2005's Tribute, followed by a pair of self-produced albums in 2008 for Hotwire Unlimited, 110 and Worry No More. An EP, Gary Clark, Jr., also appeared from Hotwire in 2010.

But Clark was far from just a one-trick-pony guitar gunslinger. He could also sing, write, and arrange. He wrote the original score for the film Full Count and appeared as an actor in John Sayles' 2007 film Honeydripper. In 2010, Clark was selected by Eric Clapton to perform at the Crossroads Guitar Festival, and a video release of the show featuring Clark led to a recording deal with Warner Bros. Clark was soon in the studio working on his major-label debut. An EP called Bright Lights was released in 2011 in advance of the album Blak and Blu, which appeared in the fall of 2012. A Top Ten hit, it earned him a Grammy Award in the Best Traditional R&B Performance category for "Please Come Home." Clark's next release was the impressive two-disc Live, recorded during an 18-month-long tour behind Blak and Blu; the album better represented his wild, impassioned, and often elegantly graceful live sets.

After more touring, including dates opening for the Rolling Stones and the Foo Fighters, Clark released his second major-label studio set, 2015's The Story of Sonny Boy Slim. The album debuted at number eight on the Billboard charts and Clark supported it with an extensive tour (documented on the 2017 album Live North America 2016). That same year, he notched his first chart entry with a cover of the Beatles' "Come Together," recorded for the Justice League film soundtrack.

In 2018, Clark joined the all-star guest lineup on Tom Morello's collaborative project The Atlas Underground, lending vocals and guitar to the track "Where It's at Ain't What It Is." His fifth studio album, This Land, followed in March 2019, reflecting the political landscape of the time through the perspective of a Black American living in Texas. It also picked up four Grammy nominations, including one for Best Contemporary Blues Album. ~ Steve Leggett, Rovi 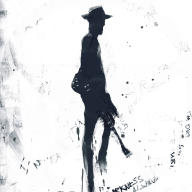 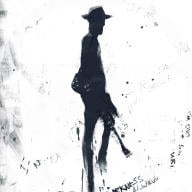 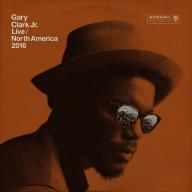 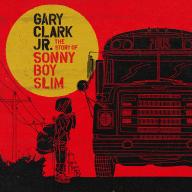 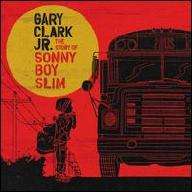 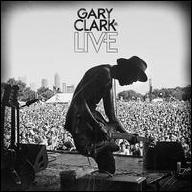 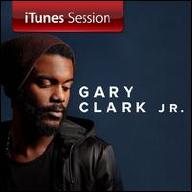 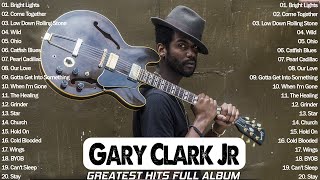 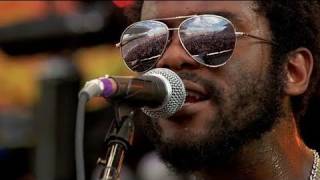 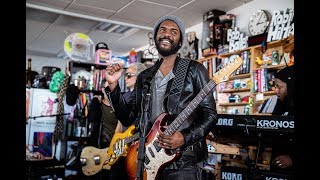 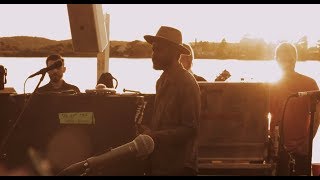 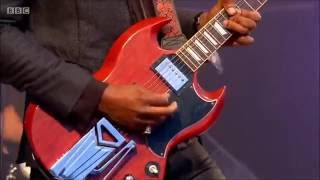 Gary Clark Jr. - When My Train Pulls In 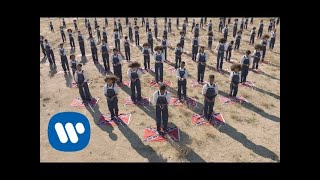 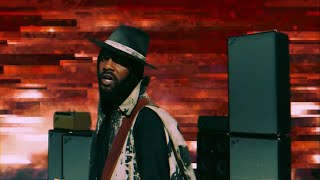