Close
Salaam Remi
from Queens, NY
May 14, 1972 (age 50)
Biography
Multi-instrumentalist, composer, producer, and label executive Salaam Remi has been a low-profile but crucial figure in the evolution of rap and R&B since the mid-'80s. His immense body of work has been acknowledged with numerous accolades, yet his diverse abilities -- he's proficient at working with sampled breaks and live orchestras, and has been successful with belters, crooners, a wide variety of rappers, and even dancehall stars -- have gone severely under-recognized. This is due in large part to a preference for having the spotlight remain on the artists. Remi first topped Billboard charts as the producer of Ini Kamoze's "Here Comes the Hotstepper" (1994) and has produced material on Top Five pop albums spanning three decades, including Fugees' The Score (1996), Nas' Stillmatic (2001), Amy Winehouse's Back to Black (2006), and Alicia Keys' Girl on Fire (2012). He won an Ivor Novello Award for co-writing "Stronger Than Me" with Winehouse, is an eight-time Grammy nominee for his work behind the scenes, and earned an additional nomination for Best Urban Contemporary Album with a rare solo release, One: In the Chamber (2013). Remi has since continued to work closely with established and upcoming artists alike. A small fraction of his efforts have appeared on releases for which he has been billed as co-headliner or headliner, including the Black Thought collaboration Streams of Thought, Vol. 2 (2018) and Black on Purpose (2020).

The son of Van Gibbs, a studio veteran who helped him enter the music industry, Queens native Salaam Remi Gibbs earned his first session credit as a young teenager via Kurtis Blow's 1986 album Kingdom Blow, on which he can be heard playing keyboards. It did take a few more years -- after assignments with the likes of Ziggy Marley, Bobby Konders, Shabba Ranks, Zhigge, and Biz Markie -- for Remi's career to reach full flight. His first crossover hit came at the age of 22 in 1994 with Ini Kamoze's Taana Gardner-sampling, Cannibal the Headhunters-interpolating "Here Comes the Hotstepper," a number one Billboard Hot 100 single from the Prêt-à-Porter soundtrack. While most successful behind-the-scenes players have a hot streak that lasts no longer than a couple or a few years, Remi was only getting started. During the latter half of the '90s alone, he worked with an assortment of rap, reggae, and hybrid acts, ranging from Mega Banton and Patra to Buckshot LeFonque and Toni Braxton. Biggest of all, he co-wrote and produced Fugees' Top 30 pop single "Fu-Gee-La." Remi earned his first Grammy nomination for the contribution to its parent album, The Score, a multi-platinum blockbuster that was up for Album of the Year.

Among the most significant 2000s recordings featuring Remi's touch were Nas' Stillmatic (2001), Ms. Dynamite's A Little Deeper (2002), Amy Winehouse's Frank (2003) and multi-platinum Back to Black (2006), and Jazmine Sullivan's Fearless (2008). This crop led to three additional Grammy nominations: Album of the Year for Back to Black, and Best R&B Song shortlistings for Sullivan's "Bust Your Windows" and "Lions, Tigers & Bears." Not until the end of the decade was Remi able to find time to release his first solo project, the digital-only Praguenosis! (2009). Featuring orchestral instrumentals recorded during a trip to Czechoslovakia, some of its material was used for collaborations issued before and after release. "Shila's Playground," for instance, provided the backdrop for "Lions, Tigers & Bears." "Praguenosis" itself was later repurposed for Nas' "The Black Bond," which appeared on Life Is Good (2012), one of several other successful contemporaneous projects that led to Remi's 2012 Grammy nomination for Producer of the Year, Non-Classical. Tamia's "Beautiful Surprise," another hit, was nominated for Best R&B Song, yet some of Remi's most distinctive work during this period -- Miguel's "Kaleidoscope Dream" and Alicia Keys' "Girl on Fire" among it -- narrowly missed the year's Grammy submission deadline.

While in the middle of his several-year run with Sony as Executive VP of A&R and Production, Remi put together another full-length of his own, the R&B-oriented One: In the Chamber (2013), through his Flying Buddha boutique label. Initially released as a digital download and made available through streaming services, it was given very little publicity, despite appearances from Ne-Yo, Corinne Bailey Rae, Jordin Sparks, and Akon, among others. Nonetheless, it was nominated for a Best Urban Contemporary Album Grammy, as was Mack Wilds' New York: A Love Story -- executive produced by Remi and released through another one of his Sony-affiliated ventures, Re Mi Fa/Louder Than Life.

During the latter half of the decade, Remi added to his stack of Grammy nominations with the soundtrack of the documentary Amy (Best Compilation Soundtrack for Visual Media) and Miguel's "Come Through and Chill" (Best R&B Song). He wrote and recorded with Jazmine Sullivan, Faith Evans, and Anthony Hamilton, and produced Black Thought's Streams of Thought, Vol. 2. Remi also worked on collaborative projects such as Sex All Summer, the Champagne Flutes, and No Panty, acts featured on his Do It for the Culture platform/playlist in 2016. Remi followed up with the compilation Do It for the Culture 2 in 2019. The momentum continued into 2020 with Black on Purpose, an empowered set with Super Cat, Jennifer Hudson, Black Thought, and Nas among well over a dozen featured vocalists. ~ Andy Kellman, Rovi 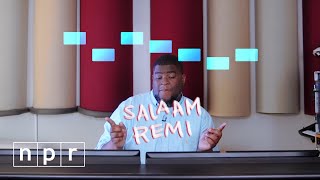 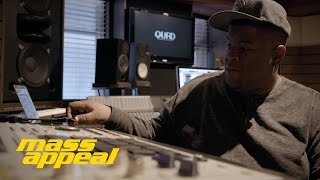 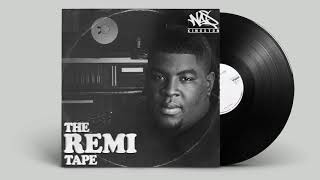 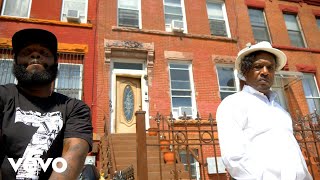 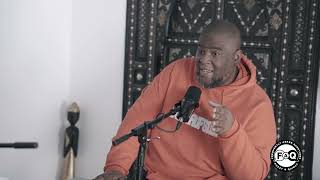 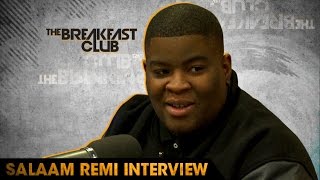 Salaam Remi On Producing For The Fugees, Nas, Amy Winehouse and The New Generation 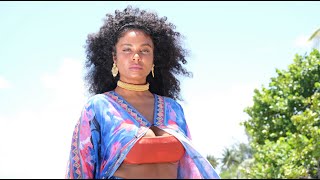