Close
Texas
from Glasgow, Scotland
formed January 1, 1986 (age 36)
Biography
Texas cultivated a specific niche by splicing a deep love of American R&B with a sense of popcraft and rock muscle endemic to their homeland of Scotland. Initially, Texas operated on a grand scale reminiscent of such fellow 1980s rockers as U2, but the group's 1997 album White on Blonde pulled their strengths into focus, emphasizing smooth soul grooves and the intensity of lead singer Sharleen Spiteri. From that point forward, Texas concentrated on variations of blue-eyed soul, sometimes veering into slick adult contemporary territory but being flexible and stylish enough to make collaborations with hip-hop mavericks the Wu-Tang Clan feel logical. The first of these Wu-Tang duets, a remix of "Say What You Want" dubbed "Say What You Want (All Day, Every Day)," arrived in 1998, near the start of nearly a decade's worth of U.K. Top Ten hits, a streak that included "Black Eyed Boy," "In Our Lifetime," "Summer Son," "Inner Smile," and "Getaway." The second Wu-Tang collaboration, "Hi," was the title track of their 2021 album, a reunion that helped emphasize how Texas continued to find fresh inspiration within their signature blend of soul, pop, and rock.

Taking the group's name from the Wim Wenders film Paris, Texas, bass player Johnny McElhone organized the band in Glasgow in 1986. McElhone, a veteran of the bands Altered Images and Hipsway, brought in singer and rhythm guitarist Sharleen Spiteri, lead guitarist Ally McErlaine, and drummer Stuart Kerr. Paris, Texas boasted a score by Ry Cooder, whose slide guitar playing heavily influenced McErlaine, and Spiteri sang without any discernible Scottish accent, giving the band a distinctly American sound. Texas made their concert debut in March 1988 at Dundee University in Scotland. McElhone's previous connection with Mercury Records through Hipsway led to the label's signing the band, which initially tried to record with Bernard Edwards of Chic as producer before settling on Tim Palmer instead. The first result of this association was the single "I Don't Want a Lover," the initial effort of the writing team of Spiteri and McElhone, which Mercury released in the U.K. in January 1989. On March 4, it peaked at number eight. Southside (the title referring to a neighborhood of Glasgow), their debut album, was released in March and peaked at number three at the end of the month. As Texas toured the U.K. and Europe, three more singles were released from the album but failed to reach the Top 40; nevertheless, Southside eventually sold more than two million copies worldwide. Meanwhile, Mercury released "I Don't Want a Lover," and Southside was released in the U.S. in July. The single broke into Billboard's Album Rock Tracks and Modern Rock Tracks radio charts before finally entering the Hot 100, where it peaked at number 77 on September 30; the album peaked at number 88 a week later.

Texas continued to tour Europe in 1990 before beginning work on their second album. Kerr left and was replaced on the drums by Richard Hynd, and keyboard player Eddie Campbell, who had been playing with them live, became an official member of the band. Mothers Heaven was released in September 1991 and proved to be a commercial disappointment, peaking at number 32 in the U.K. on October 5. In the U.S., the track "In My Heart" reached the Modern Rock Tracks chart as Texas made their first visit to the U.S. in November, but the album failed to chart. "Alone with You," the album's third single, returned them to the British Top 40, reaching number 32 on February 15, 1992, but their first substantial hit single since "I Don't Want a Lover" was a one-off cover of Al Green's "Tired of Being Alone," which peaked at number 19 on May 9.

After touring primarily in Europe, Texas retired to write and record another album, this time turning to Paul Fox as producer and recording at Bearsville Studio in Woodstock, New York, which gave them their title, Ricks Road, the name of the dirt road leading to the studio. "So Called Friend," released in advance of the album in August 1993, peaked at number 30 in the U.K. on September 11. (It was later used as the theme song for the U.S. television series Ellen, starring Ellen DeGeneres [1994 to 1998], and in the 1996 feature film Last Dance, starring Sharon Stone.) A second single, "You Owe It All to Me," reached number 39 on October 30, before Ricks Road finally appeared in November, hitting number 18 on November 13. The album was not initially released in the U.S., but it eventually came out in 1994 as the band made several trips to tour in North America. Despite this effort, like Mothers Heaven, Ricks Road failed to chart in the U.S., selling a meager 38,000 copies. The band wrote off the American market thereafter, concentrating primarily on Europe.

One more single from Ricks Road, "So in Love with You," made the British Top 40, peaking at number 28 in February 1994. But by the time Texas ended their tour in support of the album in December, they were ready for an extended break, and little was heard from the band over the next two years, while they worked on their fourth album with producer Mike Hedges. They re-emerged with a hometown concert in Glasgow on December 5, 1996 and in January 1997 came the advance single "Say What You Want," which became their biggest hit yet, peaking at number three on January 25. That surprising comeback was followed by the album White on Blonde, which entered the British charts at number one on February 15, 1997. It remained on the charts for nearly two years, selling 1.7 million copies in the U.K. alone and throwing off three more Top Ten hits: "Halo," "Black Eyed Boy," and "Put Your Arms Around Me." The band spent the year touring extensively in Europe and made their first trip to Australia in May. (They did not tour the U.S., where White on Blonde was finally released on August 5, 1997, as "Say What You Want" appeared in the comedy Picture Perfect, starring Jennifer Aniston, although they did find time for a promotional trip in October. The album did not chart, but Hollywood continued to favor the group, with "Put Your Arms Around Me" appearing in the 1998 film Ever After, starring Drew Barrymore.)

On February 9, 1998, Texas appeared at the BRIT Awards, performing "Say What You Want" in the company of rapper Method Man of Wu-Tang Clan. The seemingly unlikely pairing led to a new recording of the song, and the single "Say What You Want (All Day and Every Day)" by Texas featuring Wu-Tang Clan's Method Man and RZA entered the U.K. charts at number four on March 21. The band played shows periodically in 1998 while working on their next effort. That fifth album was prefaced by the leadoff single "In Our Lifetime," which entered the British charts at number four on May 1, 1999. For The Hush, which followed within weeks, the band comprised Spiteri, McElhone, Campbell, and McErlaine; soon after, it was announced that Mikey Wilson was the new drummer. The album entered the charts at number one on May 22, 1999. Second single "Summer Son" reached number five in August, but "When We Are Together" stopped at number 12 in November, capping Texas' run of consecutive Top Ten British hits at seven. Touring continued throughout 1999.

Texas' next single was "In Demand," a Top Ten hit released in October 2000 that prefaced The Greatest Hits, which hit number one in Britain in November and spawned a second new track, "Inner Smile," that reached the Top Ten in January 2001, and the band launched an extensive European tour. (By this time, Mercury wasn't even bothering to release Texas' records in the U.S.) In July, they issued a remixed version of their first hit, "I Don't Want a Lover," which made the Top 20. Spiteri then took time off to have a baby, giving birth to a daughter on September 9, 2002. More than two more years passed before the October 2003 release of their sixth album, Careful What You Wish For, which was prefaced by the single "Carnival Girl," featuring Kardinal Offishall, a Top Ten hit. (The credits announced that Neil Payne was the new drummer, replacing Wilson, and that a new guitarist, Tony McGovern, had joined the band.) The album peaked at number five and also featured the Top 40 hit "I'll See It Through." By November 2005, when their seventh album, Red Book, was released, Texas' commercial fortunes had declined, but the disc was still able to debut in the Top Ten in France, the band's most reliable market. (The album marked the addition of keyboard player Michael Bannister.) "Sleep," a duet between Spiteri and Paul Buchanan of the Blue Nile, was excerpted as the album's third single in January 2006 and made the U.K. Top Ten.

In 2008, the release of Sharleen Spiteri's first solo album, Melody, marked the beginning of a hiatus for the band; she released another, The Movie Songbook, in 2010. Reunion plans were put on hold after McErlaine suffered a brain aneurysm in late 2009, but less than two years later, Texas were on the road again. A record contract followed, and in 2013 the band released The Conversation via PIAS. Featuring contributions from Richard Hawley and Bernard Butler, it reached number four on the British charts and would later be certified silver. In February 2015, Texas celebrated their quarter-century anniversary with Texas 25, where the group reworked selected hits with the assistance of the production outfit Truth Soul. Two years later, their ninth studio album, the self-produced Jump on Board, was released, preceded by the single "Let's Work It Out," a retro '70s disco throwback. Texas' tenth studio album, Hi, arrived in 2021; on the title-track single, the band once more teamed up with the Wu-Tang Clan's Ghostface Killah and RZA. ~ William Ruhlmann, Rovi 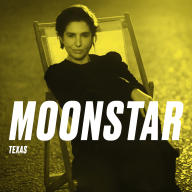 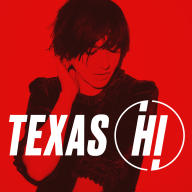 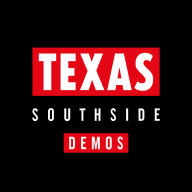 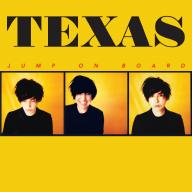 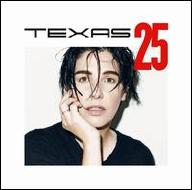 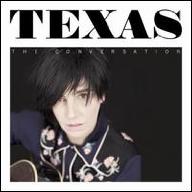 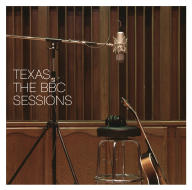 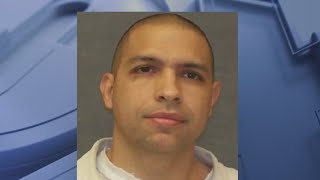 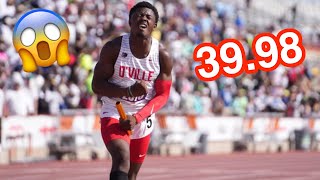 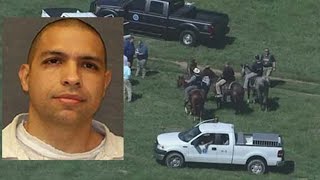 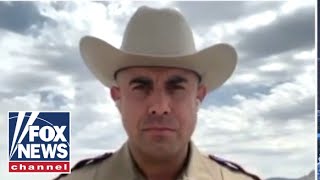 Texas immigration official: When are they actually going to put this plan in place? 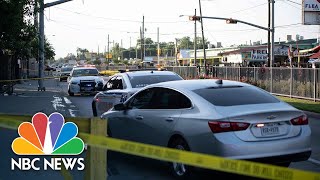 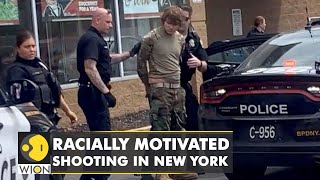 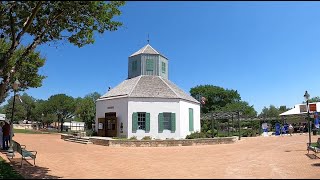