Close
Al McKibbon
from Chicago, IL
January 1, 1919 - July 29, 2005 (age 86)
Biography
Noted for his rich, resonant tone and metronomic precision, Al McKibbon was one of the premier bassists of the early bebop era, supporting giants like Dizzy Gillespie, Coleman Hawkins, and Thelonious Monk in addition to collaborating with percussionist Chano Pozo to forge the sound of Afro-Cuban jazz. Born January 1, 1919, in Chicago, McKibbon was the son of a minister who played tuba and guitar, often with Al's mother on piano accompaniment. The family relocated to Detroit in 1921, where McKibbon's older brother later played with the Midwest Territorial Orchestra and recommended that his younger sibling adopt the bass. While a student at Detroit's Cass Tech, McKibbon studied bass and piano, and by 17 was gigging steadily at the local nightclub the BC. Later, he backed Kelly Martin at the Conga Club, followed by a stint with Jimmie Lunceford's former saxophonist Ted Bruckner. In 1943, Lucky Millinder headlined Detroit's Paradise Theater, and when Millinder and band left town for a date in New York City, they took McKibbon with them. The bassist eventually settled in the Big Apple, making his first studio recordings with Millinder before signing on with Tab Smith.

In October 1945 McKibbon joined Hawkins, whose band included Monk on piano. Via Hawkins, the bassist also landed a spot on Norman Granz's first Jazz at the Philharmonic tour, which also featured Lester Young and Buck Clayton. Although McKibbon's tenure with Hawkins was relatively brief, his collaboration with Monk spanned decades -- he played on some of the legendary pianist's earliest headlining recordings, and was featured during his landmark run at Minton's Playhouse. In 1946, McKibbon joined J.C. Heard's band during its stint at New York's Café Society, and the following year he was hired by Dizzy Gillespie to replace bassist Ray Brown, who'd alienated his bandmates by beginning a romance with singer Ella Fitzgerald. McKibbon roomed on tour with Cuban-born percussionist Pozo, and despite their language barrier, the two men created the rhythmic template that would become the foundation for Afro-Cuban jazz, beginning with their work on Gillespie's seminal Manteca and continuing across Latin-inspired sessions including Cubano Be, Cubano Bop, and Guarichi Guaro.

Although the Gillespie band splintered in 1949, McKibbon remained immersed in Latin music for the duration of his career. After playing on Miles Davis' groundbreaking Birth of the Cool sessions, he worked briefly with Count Basie, Earl Hines, and Johnny Hodges before settling in with the George Shearing Quartet in 1951, the beginning of the pianist's own exploration of Afro-Cuban music. McKibbon spent seven years behind Shearing, followed by a year with Cal Tjader, another bandleader who grabbed the Latin baton. The bassist relocated to Los Angeles in 1958, working for over a decade as a session player and also recording for film and television. In the early '70s he returned to the road alongside Gillespie and Monk on the Giants of Jazz tour -- in 1971, he also played on Monk's final recording date. Sometime later McKibbon acquired a bass created by Jacob Steiner, "the German Stradivarius," in 1650 -- his tone grew even richer and more robust in turn, and in time he moved into classical performance, in 1992 traveling to the Mojave Desert to play with a symphony orchestra recording Beethoven's Ninth amid the sandy desolation. Only in 1999 did McKibbon finally release his first LP as a leader, Tumbao Para los Congueros de Mi Vida. He died July 29, 2005, at age 86. ~ Jason Ankeny, Rovi 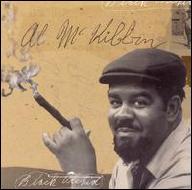 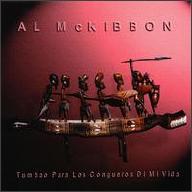 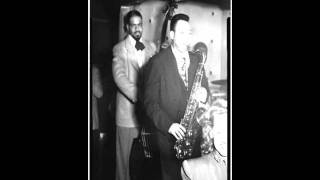 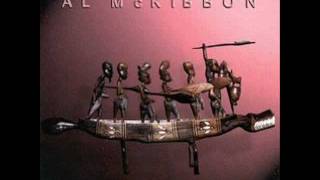 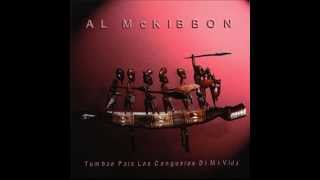 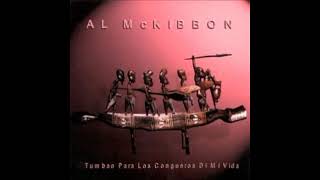 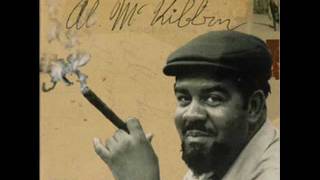 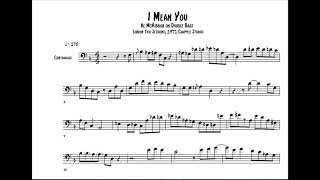 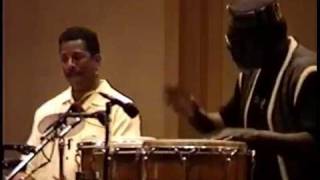