Close
Billy Eckstine
from Pittsburgh, PA
July 8, 1914 - March 8, 1993 (age 78)
Biography
Billy Eckstine's smooth baritone and distinctive vibrato broke down barriers throughout the 1940s, first as leader of the original bop big band, then as the first romantic Black male in popular music. An influence looming large in the cultural development of soul and R&B singers from Sam Cooke to Prince, Eckstine was able to play it straight on his pop hits "Prisoner of Love," "My Foolish Heart" and "I Apologize." Born in Pittsburgh but raised in Washington, D.C., Eckstine began singing at the age of seven and entered many amateur talent shows. He had also planned on a football career, though after breaking his collar bone, he made music his focus. After working his way west to Chicago during the late '30s, Eckstine was hired by Earl Hines to join his Grand Terrace Orchestra in 1939. Though white bands of the era featured males singing straight-ahead romantic ballads, Black bands were forced to stick to novelty or blues vocal numbers until the advent of Eckstine and Herb Jeffries (from Duke Ellington's Orchestra).

Though several of Eckstine's first hits with Hines were novelties like "Jelly, Jelly" and "The Jitney Man," he also recorded several straight-ahead songs, including the hit "Stormy Monday." By 1943, he gained a trio of stellar bandmates -- Dizzy Gillespie, Charlie Parker, and Sarah Vaughan. After forming his own big band that year, he hired all three and gradually recruited still more modernist figures and future stars: Wardell Gray, Dexter Gordon, Miles Davis, Kenny Dorham, Fats Navarro, and Art Blakey, as well as arrangers Tadd Dameron and Gil Fuller. The Billy Eckstine Orchestra was the first bop big-band group, and its leader reflected bop innovations by stretching his vocal harmonics into his normal ballads. Despite the group's modernist slant, Eckstine hit the charts often during the mid-'40s, with Top Ten entries including "A Cottage for Sale" and "Prisoner of Love." On the group's frequent European and American tours, Eckstine also played trumpet, valve trombone, and guitar.

Though he was forced to give up the band in 1947 (Gillespie formed his own bop big band that same year), Eckstine made the transition to string-filled balladry with ease. He recorded more than a dozen hits during the late '40s, including "My Foolish Heart" and "I Apologize." He was also quite popular in Britain, hitting the Top Ten there twice during the '50s -- "No One But You" and "Gigi" -- as well as several duet entries with Sarah Vaughan. Eckstine returned to his jazz roots occasionally as well, recording with Vaughan, Count Basie, and Quincy Jones for separate LPs, and the 1960 live LP No Cover, No Minimum featured him taking a few trumpet solos as well. He recorded several albums for Mercury and Roulette during the early '60s (his son Ed was the president of Mercury), and he appeared on Motown for a few standards albums during the mid-'60s. After recording very sparingly during the '70s, Eckstine made his last recording (Billy Eckstine Sings with Benny Carter) in 1986. He died of a heart attack in 1993. ~ John Bush, Rovi 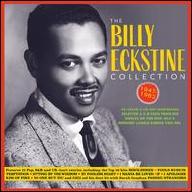 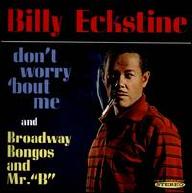 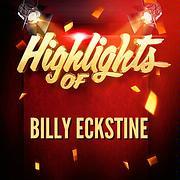 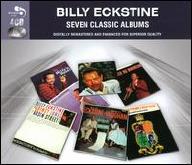 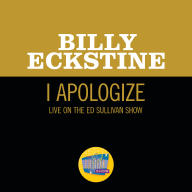 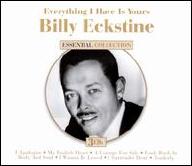 Everything I Have Is Yours: Essential Collection
2009
Videos
Close 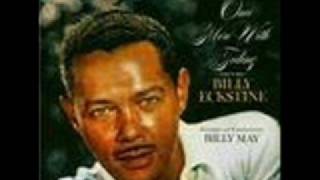 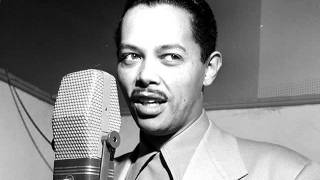 Billy Eckstine - As Time Goes By 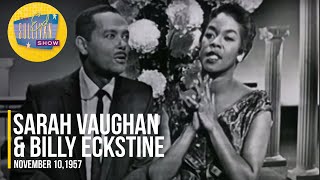 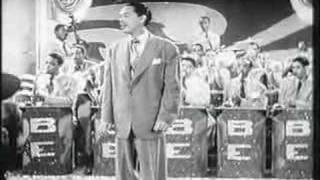 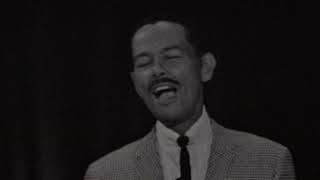 Billy Eckstine "What Kind Of Fool Am I? " Live On The Ed Sullivan Show 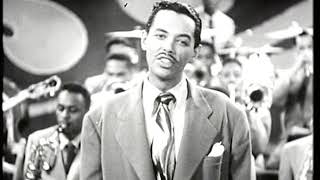 Billy Eckstine: I Want To Talk About You 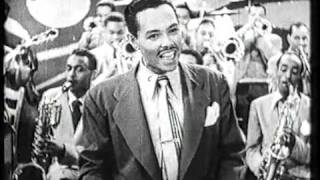 Billy ECKSTINE & His Orchestra " Rhythm In A Riff " !!!
Available here: