Close
Dale Crover
from Aberdeen, WA
October 23, 1967 (age 54)
Biography
Dale Crover has the distinction of having played drums with not one but two of the important bands in alternative rock; he's spent over three decades with the massively influential merchants of heaviness the Melvins, while he also briefly handled percussion duties with Nirvana. Crover's technical skill and muscular attack made him a major influence on many drummers on the heavy side of the alternative and indie rock communities, and in 2016 Rolling Stone magazine placed Crover at number 69 on their list of the 100 Greatest Drummers of All Time. Crover showed he was more than just a great drummer on his 2017 release The Fickle Finger of Fate, his eclectic and tuneful solo debut.

Crover was born in Aberdeen, Washington on October 23, 1967. By the time he was in his teens, he was an accomplished musician, capable on guitar and bass and especially strong on drums. At age 15, he was playing in his high school's band, and in his spare time was working with an Iron Maiden tribute band with a guitarist named Buzz Osborne. Osborne would soon form a punk band called the Melvins, and in 1984, after the group's original drummer left the band, Osborne invited Crover to join. Crover made his first appearance on the Melvins' debut EP, Ten Songs, recorded and released in 1986. While many other musicians would move in and out of the Melvins' lineup over the coming decades, Osborne and Crover would prove to be the group's backbone, the twin constants in a career that has spanned four decades with no sign of stopping.

In 1985, a friend and fan of the Melvins, Kurt Cobain, recruited Crover to play bass in his band Fecal Matter, with Crover handling both bass and drums on their 1985 demo tape Illiteracy Will Prevail. While Fecal Matter soon split up, Cobain persuaded Crover to play on a demo for his new band Nirvana while they were between drummers. Three tracks from Nirvana's 1988 demo with Crover would appear on the group's 1989 debut album Bleach, and several other tracks would see release on the compilation Incesticide and the box set With the Lights Out. Crover would also step in to play drums on a 1990 West Coast tour with Nirvana before the group began working with Dave Grohl.

While the Melvins have been Crover's main gig since 1986, he often finds time for other projects. In 1992, he made his solo debut with a four-song EP released in tandem with EPs from Buzz Osborne and then-Melvins bassist Joe Preston -- a parody of the solo albums released by the four members of Kiss in 1978. In 1996, Crover issued a single titled Drumb on Man's Ruin Records. In 1997, he launched a side project, Altamont, who made their debut with a split 12" with the stoner metal band Acid King. (Crover was already friendly with Acid King, having contributed guest vocals to their self-titled 1994 debut album.) Crover would cut three albums with Altamont between 1998 and 2005, and would make guest appearances on releases by Men of Porn, Shrinebuilder, Hank Williams III, and Conan Neutron the Secret Friends. He also worked with Mike Patton of Faith No More on two of his many projects, Peeping Tom and Fantomas, and when Steven McDonald of Redd Kross joined the Melvins as their bass player, Crover returned the favor by touring with Redd Kross as their drummer and playing on their 2017 release Octavia.

In 2016, Crover released a unique "12-sided" lathe-cut single titled Skins, which featured a dozen short tracks (between 16 and 32 seconds) which could be played by centering the disc with one of the six spindle holes in the record's center. In 2017, over 30 years after recording his first 7" with the Melvins, Crover finally released his first proper solo album, titled The Fickle Finger of Fate, in which he covered guitar, bass, and vocals as well as drums. Crover brought in extra help for his second full-length solo project, 2021's Rat-A-Tat-Tat!, which included instrumental work from Steven McDonald, Toshi Kasai of Plan D, and Dan Southwick of Altamont. ~ Mark Deming, Rovi 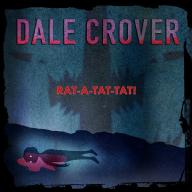 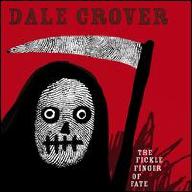 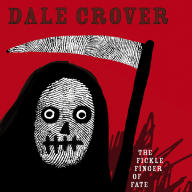 The Fickle Finger of Fate
2017 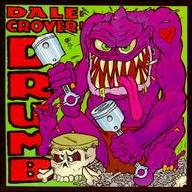 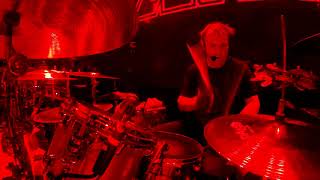 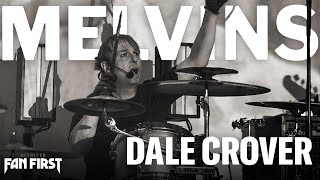 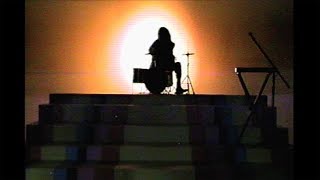 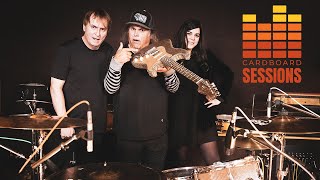 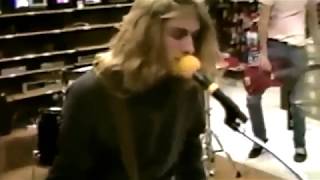 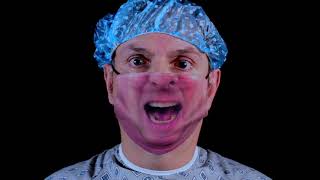 Dale Crover - I Can't Help You There (Official Video) 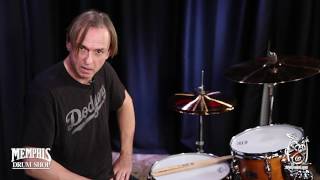