Close
Audra McDonald
from Berlin, Germany
July 3, 1970 (age 51)
Biography
One of the most acclaimed performers of her generation, Audra McDonald is a classically trained soprano, and multifaceted actress, whose adept skills, and artistic range have found her working across a variety of mediums, from Broadway to film, television, and in the recording studio. A marquee Broadway star since debuting in the '90s, McDonald is a six-time Tony Award-winner for her roles in Carousel, Master Class, Ragtime, A Raisin in the Sun, and Porgy and Bess. A record breaker, she has garnered the most awards by one performer, and is the first artist to win in all four performance categories. Recognized for her technical virtuosity, as well as her emotive and charismatic stage presence, she has earned other plaudits, including earning two Grammy Awards for her work on the 2009 cast recording of Kurt Weill's Rise and Fall of the City of Mahagonny, and receiving a 2015 National Medal of Arts from President Barack Obama. Away from the stage, she has issued her own studio albums including 1998's Way Back to Paradise, in which she highlighted the work of young theater composers. Other albums, like the aptly titled Happy Songs and 2013's Go Back Home, have found her exploring her favorite theater and American Popular Standards. On screen, she is also widely known for her role as Dr. Naomi Bennett on ABC's Private Practice, as well as her roles in such films as 1999's Cradle Will Rock, and Disney's live-action 2017 version of Beauty and the Beast, for which she earned one of her five NAACP Image Award nominations.

Born in Berlin, Germany in 1970, where her father was stationed in the Army, McDonald was raised in Fresno, California. Interested in musical theater from a young age, she gained early training attending the Roosevelt School of the Arts program at Theodore Roosevelt High School. During her teens, she also acted, appearing in productions by Fresno's Good Company Players. After high school, she honed her craft studying at the Juilliard School of Music where she graduated with a Bachelor's degree in music in 1993. Even before her graduation, she had begun to work professionally in the musical theater, taking a role in the national tour of the musical The Secret Garden in 1992. Fresh out of school, she was cast in a Broadway revival of the musical Carousel (1994). She appeared on the cast album and won a 1994 Tony Award for her performance. Two years later, she took home a second Tony for her portrayal of singing student Maria Callas in the play Master Class (1995). She then joined the cast of the new musical Ragtime in its premiere production in Toronto. After making her feature film debut in Seven Servants in 1996, she returned to Ragtime when it opened on Broadway on January 18, 1998, winning her third Tony in five years. She was featured on both the initial studio cast album of the show and on the original Broadway cast album.

McDonald signed a solo recording contract with Nonesuch Records and released her debut album, Way Back to Paradise, on September 22, 1998. On it, she sang songs by young theater composers, among them Michael John LaChiusa, in whose musical Marie Christine she planned to appear. She made her nightclub debut in New York in October 1998 to promote the album, beginning an extensive career as a concert performer. The same year, she appeared in the film The Object of My Affection and in a regional production of John Adams' I Was Looking at the Ceiling and Then I Saw the Sky, that produced a cast album. In 1999, she appeared in the film The Cradle Will Rock, based on the Marc Blitzstein musical, and in the TV movie version of the musical Annie, and she was on soundtrack albums for both. She also acted in the TV movie Having Our Say: The Delany Sisters' First Hundred Years and sang on a studio cast album of Wonderful Town. Then came Marie Christine (December, 1999), her third Broadway musical.

Her second solo album, How Glory Goes, featuring a mixture of show music standards and more new theater songs, was released in February 2000, and the Marie Christine cast recording followed within months. Also in 2000, she appeared in a benefit performance of the Stephen Sondheim musical Sweeney Todd with the New York Philharmonic that was recorded for a cast album, and she was in another TV movie, The Last Debate. She also found time to marry bass player Peter Donovan, with whom she had a daughter. In 2001, there was a TV movie of the Broadway play Wit and a benefit performance of the musical Dreamgirls (2001) that was recorded for an album.

McDonald's third solo album, Happy Songs, was released in September 2002. It found her revisiting standards associated with female pop singers of the interwar era, such as Ethel Waters and Judy Garland. In 2003, she appeared in the feature film It Runs in the Family and the TV movie Partners and Crimes; was a regular on the TV series Mister Sterling; and returned to Broadway in a production of Shakespeare's Henry IV . The next year brought another film, The Best Thief in the World, and a featured role in a Broadway revival of the drama A Raisin in the Sun that earned her her fourth Tony Award.

In 2005, she took a part in a staged concert version of Stephen Sondheim's Passion that was broadcast live on PBS. She became a regular on the TV series The Bedford Diaries in 2006. That same year, she released her fourth solo album, Build a Bridge. It featured songs by rock-era writers like Randy Newman, Laura Nyro, and Burt Bacharach. Around the same time, she returned to Broadway in a revival of the musical 110 in the Shade. She followed-up on stage with a 2012 Broadway revival of Porgy and Bess, and returned to her solo work in 2013 with Go Back Home, which featured a title track culled from the Kander Ebb musical The Scottsboro Boys. In support of the album, she also filmed a PBS concert special recorded live at Lincoln Center. Also in 2013, she appeared as Mother Abbess in NBC's live televised production The Sound of Music Live!

A year later, she starred as Billie Holiday in the Broadway production of Lanie Robertson's play Lady Day at Emerson's Bar and Grill. The play was eventually filmed and broadcast on HBO, for which McDonald earned a 2016 Emmy Award nomination for Outstanding Lead Actress in a Limited Series or Movie. In 2018, she delivered Sing Happy, a live album recorded at New York's David Geffen Hall with the New York Philharmonic Orchestra. ~ William Ruhlmann, Rovi 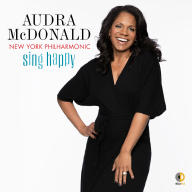 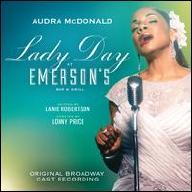 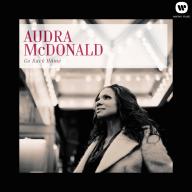 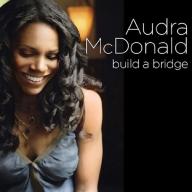 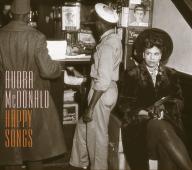 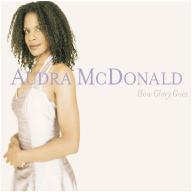 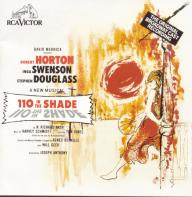 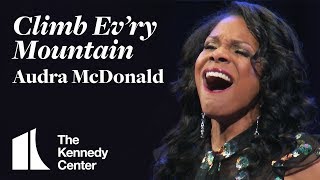 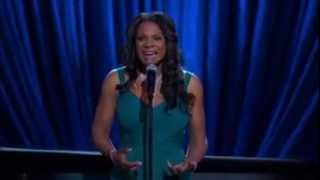 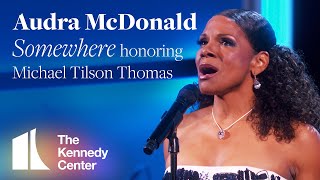 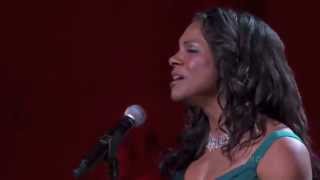 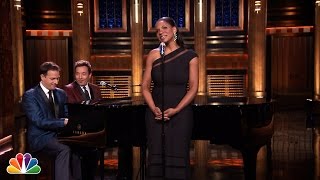 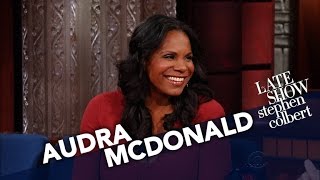 Audra McDonald Got Some Flack From President Obama 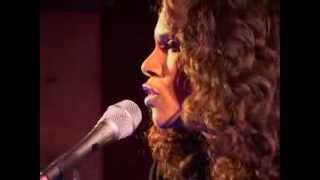