Close
Marshall Allen
from Louisville, KY
May 25, 1924 (age 98)
Biography
A key member of Sun Ra's Arkestra, alto saxophonist Marshall Allen is a distinctive performer whose style bridges early swing and bop traditions with the non-chordal note choices, and explosive, pyrotechnic sound clusters associated with the free jazz movement. Following his emergence in the 1940s, Allen rose to prominence playing with the Arkestra in the '50s, and later assumed leadership of the group after the deaths of Ra and his immediate successor John Gilmore. Along with his extensive recorded output with Ra, including 1972's Space Is the Place, Allen was a regular collaborator of Babatunde Olatunji, with whom he emerged as one of the first jazz musicians to fuse the avant-garde with traditional African music. He has also paired up for albums with Odean Pope, Ed Blackwell, Medeski, Martin Wood, and others. In 2014, he curated the career-spanning Arkestra anthology In the Orbit of Ra, and in 2019 joined Arkestra bandmate Danny Ray Thompson for Ceremonial Healing.

Allen was born May 25, 1924, in Louisville, Kentucky, beginning clarinet lessons at the age of ten. After enlisting with the U.S. Army's renowned Buffalo Soldiers in 1942, he played clarinet and alto saxophone with the 17th Division Special Service Band, subsequently forming a trio with pianist Art Simmons and guitarist Don Byas while stationed in Paris. After spending the late '40s touring and recording behind James Moody, Allen studied at the Paris Conservatory of Music before returning stateside in 1951, settling in Chicago and forming his own dance band. He also began writing his first original compositions.

Circa 1956, Allen met Sun Ra, joining the pianist's legendary Arkestra two years later. He would go on to lead its reed section for more than four decades, over time earning renown as one of the most distinctive and original saxophonists of the postwar era. In tandem with tenorist Gilmore and baritone saxophonist Pat Patrick, Allen played on more than 200 Sun Ra recordings, including such highly regarded albums as 1958's Jazz in Silhouette, 1969's Atlantis, 1973's Space Is the Place, and 1986's Hours After, among many others. He also developed his own reed instrument (dubbed the "morrow") by attaching a saxophone mouthpiece to an open-hole wooden body, but failed to patent his creation, which is now commercially available under different names.

Whenever the Arkestra went on hiatus, Allen moonlighted with Olatunji and his Drums of Passion, even learning to build and play the West African multi-stringed instrument the kora; he also guested on live dates and recordings headlined by a multitude of next-generation musicians, including jam band Phish, avant-rock combo Sonic Youth, and hip-hop upstarts Digable Planets.

When Sun Ra died in 1993, the Arkestra's reins were handed to Gilmore, who himself passed away two years later; at that point Allen assumed control, leading the 18-piece ensemble well into the next millennium. In addition to giving master classes, lectures, and demonstrations of Sun Ra's enduring creative principles, Allen also founded the El Ra label, home to such latter-day Arkestra recordings as 1999's A Song for the Sun and 2004's Music for the 21st Century.

In 2014, he curated the career-spanning two-disc Arkestra anthology In the Orbit of Ra. Also that year, he joined Chicago DJ Jamal Moss' Hieroglyphic Being ensemble for the techno and free-jazz collaboration We Are Not the First. He then joined fellow saxophonist Odean Pope for 2016's In This Moment. Ceremonial Healing arrived in conjunction with Record Store Day 2019 and featured Allen playing with fellow Arkestra bandmate Danny Ray Thompson, keyboardist Jamie Saft, bassist Trevor Dunn, and drummer Balazs Pandi, as well as guest trombonist Roswell Rudd. ~ Jason Ankeny, Rovi 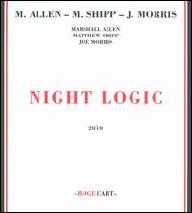 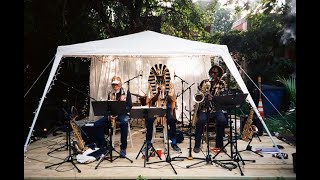 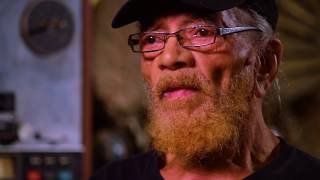 Out There A Minute with Marshall Allen 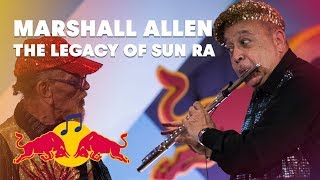 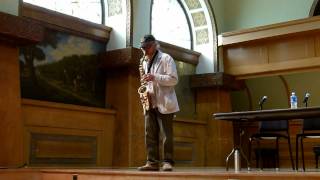 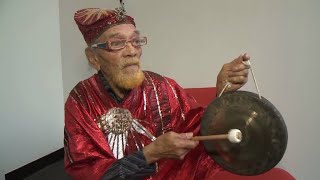 SPACE IS THE PLACE: Marshall Allen Talks About His Time With The Sun Ra Arkestra 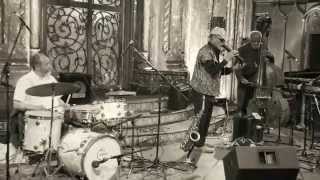 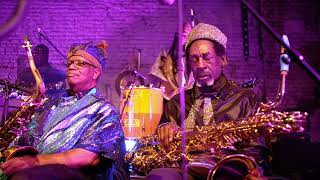