Close
Uffie
from Miami, FL
December 9, 1987 (age 34)
Biography
Singer, songwriter, rapper, and DJ Uffie is a rarity: A 2000s music blog darling whose music had a lasting and widespread influence in the decades that followed. Anna-Catherine Hartley's girlishly anti-flow delivery, raunchy lyrics, and the sparse beats surrounding them on songs such as 2006's viral hit "Pop the Glock" evoked vintage electro and nu-skool rap and presaged the mix of pop and hip-hop that hit the mainstream in the years to come. She helped define the sound of the influential French dance label Ed Banger -- as well as the bloghouse movement -- with her singles and her 2010 album Sex Dreams and Denim Jeans, but the frantic pace of her career led her to take a hiatus that lasted for most of the 2010s. During that time, artists as diverse as Kesha, Charli XCX, SOPHIE, and Doja Cat expanded on elements of her music. When Uffie returned with a string of short-form releases including 2019's melancholy, bedroom pop-influenced Tokyo Love Hotel and 2022's full-length Sunshine Factory, which borrowed from punk, ska and indie, she sounded as relevant as ever.

Born Anna-Catherine Hartley in Miami, Florida, to a Japanese mother and English father, Uffie moved frequently during her childhood, living in places including Hong Kong and Fort Lauderdale. When she was 15, she moved to Paris to live with her father and studied fashion at the International School. Uffie became involved in the city's dance music scene after dating DJ Feadz (whom she met when she booked him for a party). Feadz persuaded her to contribute vocals to his EP Forward 4 and the pair began releasing their songs online starting in 2005.

The following year her first single, "Pop the Glock/Ready to Uff," was given a limited-edition release by the Arcade Mode label before one of France's most prominent dance labels, Ed Banger, distributed it more widely. The A-side was produced by Feadz, while the B-side was produced by Mr. Oizo, on whose "Half an Edit" Uffie appeared later that year. Hot Chick/In Charge leaked to blogs before its official 2006 release, building the buzz around her music and image. Uffie had a busy 2007: Along with releasing the 12" single "F1rst Love/Brand New Car," she contributed the song "Dismissed" to the Ed Banger compilation Ed Rec, Vol. 2 and made a cameo on Justice's "Tthhee Ppaarrttyy," which appeared on their debut album, Cross. The following year, Crystal Castles borrowed her deadpan vocals for their unofficial track "Make It Hott." Uffie also released several tracks of her own, including the Ed Rec, Vol. 3 contribution "Robot Oeuf" and the Mr. Oizo collaboration "Steroids." She married graffiti artist André Saraiva in August 2008 and divorced him a year later, giving birth to their daughter Henrietta in October 2009. Around this time, "Pop the Glock" was re-released to promote Uffie's upcoming debut album.

Following a break to care for her baby and do some fine-tuning of the album, Uffie released Sex Dreams and Denim Jeans in June 2010. Featuring contributions from Mr. Oizo, Mirwais, Pharrell Williams, and the Rapture's Mattie Safer, the album charted in France, Belgium, and the U.S., while the singles "F1rst Love," "Pop the Glock," "MCs Can Kiss," and "ADD SUV" made inroads on the singles charts in Belgium, France, Japan, and the U.K. The album also spawned the Difficult EP, which arrived that October. In 2011, Uffie released a cover of Tom Tom Club's "Wordy Rappinghood" and appeared on J-pop artist Jin Akanishi's 2012 single "That's What She Said," then went on hiatus. After the death of her mother and the birth of her second child, she retired the Uffie project in 2013. Hartley then spent several years in Joshua Tree, California, raising her children and studying biochemistry at a community college. By early 2016, however, her second marriage had ended and she was back in the studio with a team that included Mat Bastard of the French band Skip the Use, Walking Shapes' guitarist Nathaniel Hoho, Kevin Snevely, and Ammar Malik. In 2017, Uffie performed a handful of live dates and appeared on "Babygirl," a track from Charli XCX's mixtape Number 1 Angel that marked her first official release in six years. Uffie followed it with the single "Drugs" in May 2018; that month, "Spaceship," a collaboration with Galantis, and peaked at number 36 on Billboard's Dance/Electronic chart. Two more singles, "Your Hood" and "Papercuts," arrived that year. She remained prolific in 2019, issuing songs including "Sadmoney" and "No Take Me Backs" as well as the EP Tokyo Love Hotel, which reflected a more introspective and downbeat side to her music. That year, Uffie was among the songwriters who worked on P!nk's "Hurts 2B Human," a collaboration with Khalid that provided the title track to her album. Also in 2019, the documentary Fuck Fame, which captured Uffie's life during her hiatus, premiered at the FIPA film festival.

Following May 2020's single "FroYo for Your Tears," Uffie began work on her second album. Collaborating with Norwegian producer Lokoy and Toro Y Moi's Chaz Bear in locations as far-flung as Lisbon and Oakland, California, she drew from her experience as a songwriter for hire -- as well as a recent breakup -- for May 2022's Sunshine Factory, a set of escapist songs informed by indie pop, ska, and punk that appeared on Bear's Company Records.~ Heather Phares, Rovi 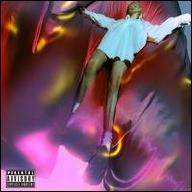 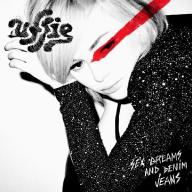 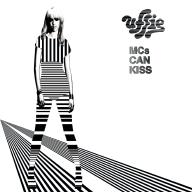 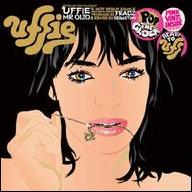 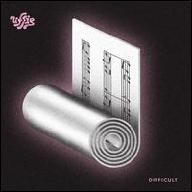 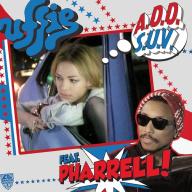 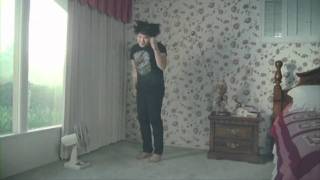 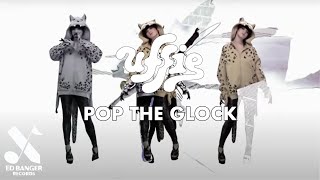 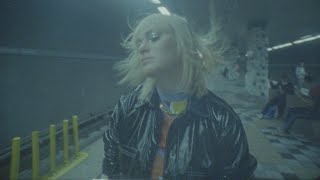 Uffie - where does the party go? (official music video) 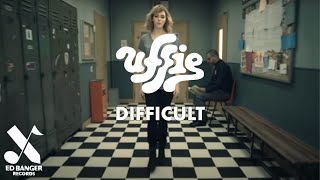 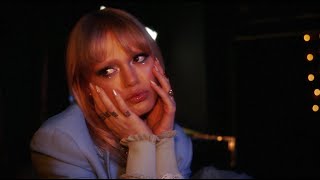 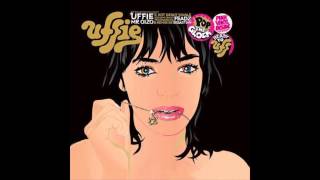 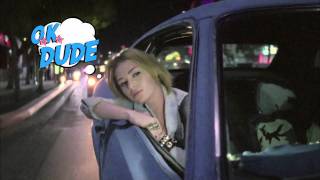