Close
Rancid
from Berkeley, CA
formed January 1, 1991 (age 31)
Biography
One of the cornerstone bands of the '90s punk revival, Rancid's unabashedly classicist sound and image drew heavily from the Clash's early records, echoing their left-leaning politics and fascination with ska, while adding a bit of hardcore crunch. The group's early albums had an undeniable energy that won them many mohawked fans; with their third record, 1995's ...And Out Come the Wolves, they became a platinum-selling act with mainstream appeal. Instead of jumping to a major label, Rancid stuck with Epitaph and the creative freedom it allowed them. They formed their own offshoot label, Hellcat, to give new bands a platform, embarked on solo careers, and kept on releasing albums, some built for dingy punk clubs (2000's Rancid), some full of stadium-sized anthems (2009's Let the Dominoes Fall). Through it all, the band stayed true to their punk roots, even as they celebrated their 25th anniversary in 2017 with the release of their ninth full-length effort, Trouble Maker.

Rancid were formed in 1991 by San Francisco Bay Area punk scenesters Tim Armstrong (guitar/vocals) and Matt Freeman (bass). Lifelong friends and longtime punk fans, the two grew up together in the small working-class town of Albany, near Berkeley; they'd also played together in the legendary ska-punk band Operation Ivy, Armstrong as "Lint" and Freeman as Matt McCall. After Op Ivy disbanded in 1989, Armstrong and Freeman spent a few weeks in the ska-punk outfit Dance Hall Crashers, as well as Downfall; Freeman later briefly joined the hardcore band MDC. Meanwhile, Armstrong was waging a battle with alcoholism, and to help keep his friend occupied, Freeman suggested they escape their day jobs by forming a new band, which became Rancid. The duo added drummer Brett Reed, Armstrong's roommate and a familiar presence on the Gilman Street scene where Operation Ivy had cut their teeth. Just a couple of months later, Rancid were performing live around the area, and in 1992 they released a five-song debut EP on Lookout! Records.

The EP caught the attention of Epitaph Records founder/Bad Religion guitarist Brett Gurewitz, and Epitaph signed Rancid to a highly favorable contract guaranteeing the group a generous amount of creative control. The band's eponymously titled debut full-length album arrived in 1993, pursuing an up-tempo hardcore/skatepunk style with few hints of early British punk. Rancid had been seeking a second guitarist, and Green Day's Billie Joe Armstrong even played live with the group at one show. They pursued Lars Frederiksen, a Bay Area resident who'd joined a later incarnation of U.K. Subs and was performing with the band Slip; Frederiksen initially declined Rancid's invitation to join, but when Slip disbanded, he quickly changed his mind and came along on Rancid's first tour. Frederiksen made his recording debut on the early-1994 EP Radio Radio Radio, a side dalliance on Fat Wreck Chords. Released later that year, Let's Go was the album that made Rancid's name in the punk underground. It marked the beginnings of their fascination with the 1977-era London punk scene, particularly the Clash, and it also provided their first widespread exposure when MTV picked up on the video for the single "Salvation." Let's Go quickly went gold, and with the breakout mainstream success of Green Day and the Offspring that year, major-label interest in Rancid quickly escalated into a full-fledged bidding war. Ultimately, Rancid decided that no major could offer them the level of decision-making power that Epitaph had given them, and stayed right where they were.

Rancid scored a major success with their next album, 1995's ...And Out Come the Wolves, whose title was a reference to the near-predatory interest in signing the band. The Clash fetish was even more pronounced, augmented with a greater interest in the original 2-Tone ska revival the Clash had helped influence (bands like the Specials). "Ruby Soho" was a major MTV and radio hit, and "Time Bomb" and "Roots Radicals" were hits in their own right. The album went platinum and made Rancid one of the most visible punk bands around. They played the 1996 Lollapalooza tour, and afterward took a short break, their first since becoming a quartet. During that time, Freeman played with former X singer Exene Cervenka in Auntie Christ, while Armstrong set up the Epitaph subsidiary Hellcat; he and Frederiksen both began doing production work for other bands they hoped to spotlight.

Rancid returned in 1998 with the even more ska-heavy Life Won't Wait, a guest star-loaded affair that featured members of ska bands the Specials and Hepcat, dancehall reggae star Buju Banton, and Agnostic Front vocalist Roger Miret. While it didn't cross over on the level of ...And Out Come the Wolves, the album demonstrated that Rancid retained a substantial fan base. For the record's 2000 follow-up, the group's second self-titled release, they largely scrapped their ska-punk side, recording a visceral, hardcore-influenced album that blasted through 22 songs in under 40 minutes (in contrast to its two lengthy predecessors). Perhaps for that reason, Rancid received a highly positive response from the punk community. The band's installment in the BYO split series arrived in March 2002 alongside NOFX, each group covering six of the other's songs. Rancid's next full-length, Indestructible, followed a year later; though technically released through Hellcat, the album was their first to get additional support from a major label via Warner Bros. The highly personal album (songs were inspired by the deaths of family and friends, and Armstrong's bitter 2003 divorce from Distillers frontwoman Brody Dalle) hit number 14 on the Billboard charts, as "Fall Back Down" did well on radio and MTV.

Following the record's release, Rancid went on something of a hiatus, the group's members working on various side projects. Armstrong continued work with the Transplants, his band with Rob Aston and blink-182 drummer Travis Barker, and collaborated with various artists, including P!nk. Frederiksen further played with his side band Lars Frederiksen the Bastards, and Freeman briefly joined Social Distortion from 2004-2005. By the spring of 2006, a revitalized Rancid regrouped; they toured worldwide starting that summer to the delight of fans. Several shows, however, had to be postponed and rescheduled after Frederiksen collapsed on-stage in Montreal, apparently suffering a seizure. Soon enough, though, he was back and the band went on.

Rancid promised a new record for the following year, and Armstrong released his first solo album, A Poet's Life, that fall through Epitaph by issuing songs online for free download over the course of several months. With the band getting back on track, it then came as a shock in November 2006 when Reed announced he was leaving Rancid after 15 years; the split appeared to be amicable and he was soon replaced behind the kit by ex-Used drummer Branden Steineckert. After taking some time to look back at their luminous history with a B Sides and C Sides compilation, a music videos collection, and an online webisode retrospective dating back to the bandmembers' days in Operation Ivy, Rancid returned to the studio to record 2009's Let the Dominoes Fall at George Lucas' Skywalker Sound Studio, with Brett Gurewitz producing.

It would be another five years before fans got a new Rancid album. The band entered the studio in 2011 and did some recording, but Armstrong eventually abandoned the sessions in favor of doing another Transplants album and recording solo under the name Tim Timebomb. One new Rancid track from the sessions, bluntly titled "Fuck You," was released in 2012. That same year, the massive online-only box set Essentials compiled their back catalog on 7" vinyl. In 2013, Transplants released their third album, In a Warzone, after which Rancid got back together to tour and work on their eighth album. Again produced by Gurewitz, the back-to-basics effort Honor Is All We Know was released in late 2014. Following the release, Armstrong stayed busy with a regular radio show, solo gigs, and production work (most notably for Hellcat band the Interrupters); Frederiksen played in two groups, the Old Firm Casuals and Oxley's Midnight Runners; and the band played a handful of shows in 2015 and 2016. They also reentered the studio with Gurewitz to make their ninth album, the 19-song Trouble Maker, which was released in June 2017, and coincided with the group's 25th anniversary. ~ Steve Huey, Rovi 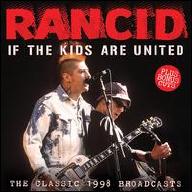 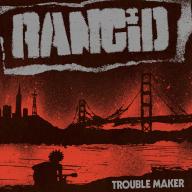 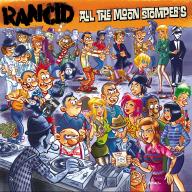 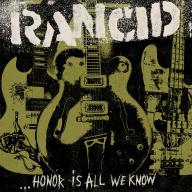 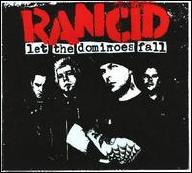 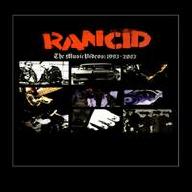 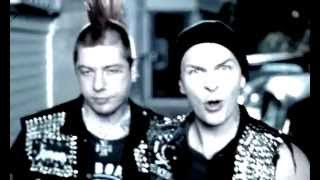 Rancid - Fall Back Down [MUSIC VIDEO] 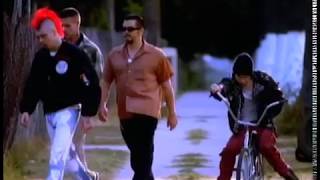 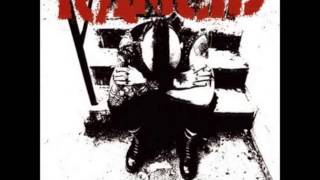 Rancid - ...And Out Come The Wolves (Full Album) 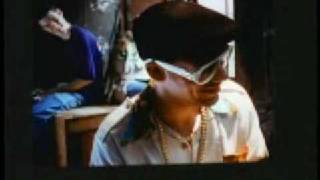 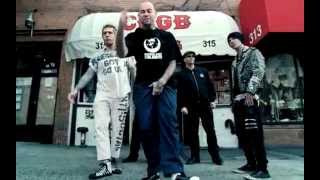 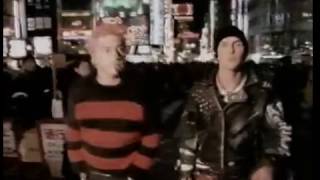 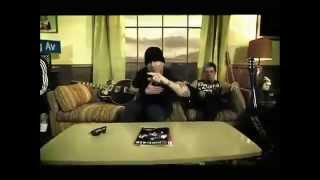