Close
Suzi Quatro
from Detroit, MI
June 3, 1950 (age 71)
Biography
With her trademark leather jump suit, instantly hooky songs, and big bass guitar, Suzi Quatro is a glam rock icon with a window-rattling voice and rock & roll attitude to spare. After getting her start in garage and hard rock bands, 1973's breakthrough single "Can the Can," a stomping blast of glam rock that combined '50s-style song craft with Quatro's powerful vocals, made her an international star. She followed up with a string of similar-sounding singles and albums -- and made an impression on TV viewers with her role on the hit sitcom Happy Days -- before softening her sound and scoring a hit with the 1978 ballad "Stumblin' In." While her work in the future would encompass everything from new wave pop on 1983's Main Attraction to starring in a musical based on the life of Tallulah Bankhead in 1991, Quatro never lost her instincts as a rocker, as evidenced by albums like 2006's Back to the Drive and 2021's The Devil in Me.

Susan Kay Quatro was born in Detroit, Michigan on June 3, 1950. Her father, Art Quatro, played in a local jazz combo, and as a child Quatro occasionally sat in with the group as a percussionist; she also studied piano and drums. Art Quatro played bass and would later present Quatro with one of his instruments: a 1957 Fender Precision Bass, which she would play on-stage. Quatro caught the rock & roll bug early in life when she saw Elvis Presley perform on television and became an instant fan; in 1964, she and her sister saw the Beatles on The Ed Sullivan Show, and like millions of other teenagers, they were inspired to form a band of their own. Quatro and her siblings Patti and Arlene assembled an all-female garage band, the Pleasure Seekers, who played on the Detroit nightclub circuit and at teen clubs. The group's debut 45, "What a Way to Die," would go on to become a collector's item among garage fans, with Quatro comparing her boyfriend to a bottle of beer, and deciding the beer was better company. The Pleasure Seekers later scored a deal with Mercury Records, and released a song for the label before parting ways with Mercury when they wanted to boost the group's sex appeal in a bid to sell more records.

In 1969, the Pleasure Seekers evolved into a group called Cradle, who played the rock ballroom circuit in the Midwest. In 1971, noted British record producer Mickie Most was in Detroit with Jeff Beck when he was persuaded to see Cradle by Michael Quatro, Suzi's brother and Cradle's manager, as well as a promoter and musician in his own right. Most wasn't bowled over by Cradle, but he was very impressed with Suzi, and offered her a deal with his RAK Records label as a solo act. Quatro moved to England as she and Most strategized her solo career; her first 45, 1972's "Rolling Stone" b/w "Brain Confusion," which featured Peter Frampton on guitar, was a flop everywhere but Portugal, but her next 45 was another story altogether. Most recruited Mike Chapman and Nicky Chinn, who had written and produced hits for the Sweet, Mud, and the Arrows, to work on Quatro's next disc, and "Can the Can," a stomping, glam-inspired number with an unstoppable beat, was a number one hit in Britain and Australia. It was the first in a series of hits that Quatro and her band -- made up of guitarist Len Tuckey, drummer Dave Neal, and keyboardist Alastair MacKenzie -- would enjoy in the U.K. and Australia over the next five years, most from the Chapman & Chinn team, and included such glam rock gems as "48 Crash," "Devil Gate Drive," and "The Wild One," but despite periodic touring in her homeland (including one road trip where her opening act was a scruffy but ambitious New York band called Kiss), Quatro would have to wait until 1978 to finally score a hit in America.

In 1977, she was cast as rock & roll singer Leather Tuscadero on the popular American sitcom Happy Days, and while the character was originally meant to appear in only two episodes, the viewers' reaction was strong enough that Quatro would appear on the show seven times in the 1977 to 1978 season. Quatro's run on Happy Days coincided with the release of her fifth album, 1978's If You Knew Suzi (her first for RSO), and the LP rose to 37 on the U.S. charts (her previous high rank had been 125), while the single "Stumblin' In," a duet with Chris Norman of Smokie, reached number four on the U.S. singles charts (curiously, it only went to 41 in the U.K.). Quatro's next album, 1979's Suzi…And Other Four Letter Words, didn't fare quite as well, but it did spawn "She's in Love with You," which just missed hitting the American Top 40 and rose to 11 in England. When Mike Chapman founded his own label, Dreamland Records, in 1980, Quatro was one of his first signings. 1980's Rock Hard turned out to be one of Dreamland's most successful releases, but the label crashed and burned in 1981, and 1983's Main Attraction, which found Quatro dipping her toes into new wave-influenced material, was a commercial and critical disappointment.

Undaunted, Quatro set out to reinvent herself as an actress, and in 1986, she starred in a revival of the celebrated musical Annie, Get Your Gun on London's West End. The show was a rousing success, and Quatro pursued an eclectic show biz career, hosting a TV chat show (Gas Street), acting on British television, starring in another West End musical about the life of Tallulah Bankhead, serving as a disc jockey for BBC radio, presenting a series of music documentaries for BBC TV, penning her autobiography, and starring in a one-woman show adapted from her memoirs. In between all this, Quatro continued to periodically release albums that found her defiantly playing the sort of hard rock that had made her name in the '70s, including 2003's What Goes Around, 2006's Back to the Drive, and 2011's In the Spotlight. In 2014, Quatro, who was still successfully touring the U.K., Australia, and Japan, celebrated the 50th anniversary of her career in rock & roll with a four-CD box set, The Girl from Detroit City, which traced her years in music from the first Pleasure Seekers' 45 to her 21st century recordings. When she returned to making albums, it was in collaboration with her son, Richard Tuckey. He co-wrote the songs and played guitar on 2019's No Control, a tough modern update on her trademark sound. The pair worked together on 2021's The Devil in Me as well. Quatro's past was celebrated in 2022 with the release of Rock Box 1973-1979, which collects all her singles and albums from the '70s along with live tracks and rarities. ~ Mark Deming, Rovi 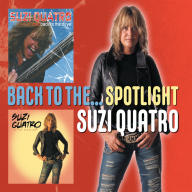 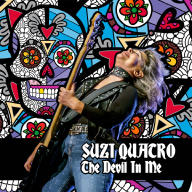 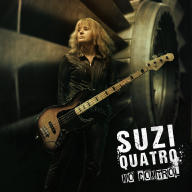 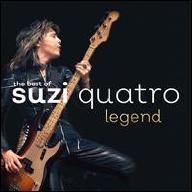 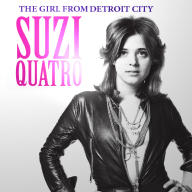 The Girl from Detroit City
2014 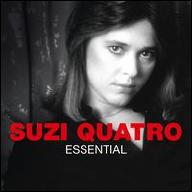 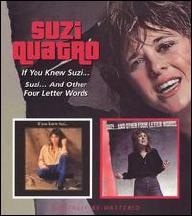 If You Knew Suzi/Suzi...And Other Four Letter Words
2007
Videos
Close 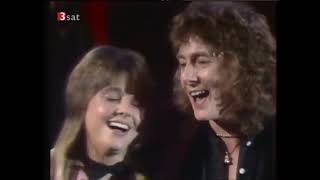 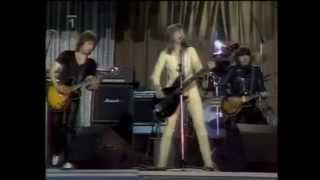 Suzi Quatro - The Wild One HD 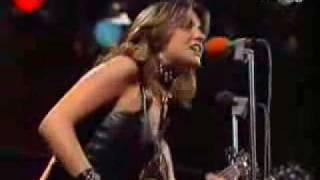 Suzi Quatro - Can The Can 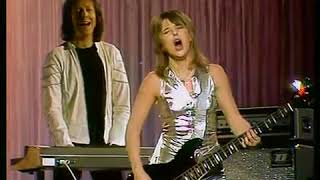 Suzi Quatro If You Can't Give Me Love 1978 HQ, Ein Kessel Buntes 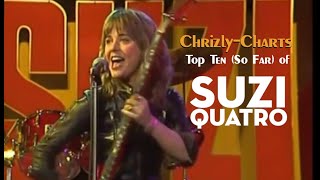 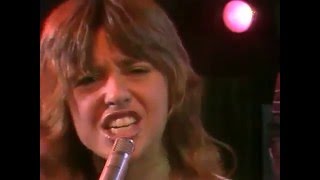 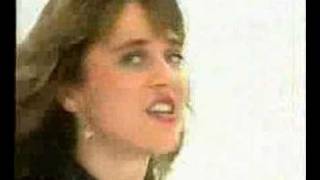