Close
Airto Moreira
from Itaiopolis, Brazil
August 5, 1941 (age 80)
Biography
An inventive, highly sought-after master percussionist and drummer, Brazil's Airto Moreira (aka Airto) first emerged in the late '60s playing a mix of Brazilian jazz and fusion. A child prodigy, Moreira eventually moved to the United States where he issued his own albums including 1972's Free on CTI, combining Brazilian samba and bossa nova traditions with modal jazz, funk, and fusion. He also gained fame as a member of Miles Davis' group, playing on such landmark albums as Bitches Brew, On the Corner, and Live/Evil. Following his time with Davis, he was an original member of Chick Corea's Return to Forever, played with fusion supergroup Weather Report, and recorded with such luminaries as Freddie Hubbard, Ron Carter, Joe Henderson, Hermeto Pascoal, Keith Jarrett, and others. He has also worked regularly with his wife, famed Brazilian vocalist Flora Purim, with whom he has recorded numerous albums including 1973's Fingers, 1995's Fourth World, and 2017's Aluê.

Born in 1941 in Itaiopolis, Brazil, Moreira grew up in Curitiba where he began singing and playing percussion at a young age. By the time he was six years old he was already winning music contests and gaining renown in the process. He began hosting a local radio program and at age 13 played his first professional gig. At age 16 he moved to São Paulo and played drums and percussion, and sang with a variety of bands and well-known performers working the nightclub circuit and making television appearances. He made his recorded debut as a member of the pioneering samba outfit Sambalanço Trio along with pianist Cesar Camargo Mariano and bassist Humberto Clayber on 1964's Samblues. He also recorded with artists like Wanda Sá, Raul de Souza, and Hermeto Pascoal, among others.

It was during this period that he fell in love with vocalist Flora Purim (they married in 1972) while working in Rio de Janeiro. In 1967, the couple moved to the United States, settling in New York City. There he befriended bassist Walter Booker who soon introduced him to a bevy of hard-hitting jazz luminaries including Cannonball Adderley, Freddie Hubbard, Ron Carter, Paul Desmond, and Joe Zawinul. Through Zawinul he landed the chance to play with Miles Davis on the landmark 1970 fusion album Bitches Brew, and remained with the trumpeter for the next two years, playing on such sessions as On the Corner, Live/Evil, and Miles Davis at Fillmore: Live at the Fillmore East. Following his time with Davis, he joined the all-star fusion outfit Weather Report, he and Purim recorded as members of Chick Corea's original Return to Forever band, appearing on Return to Forever and Light as a Feather in 1972. One of the most in-demand performers of the fusion era, he appeared on an array of albums in the '70s, including such dynamic productions as Freddie Hubbard's Red Clay, Joe Henderson's In the Pursuit of Blackness, and Eumir Deodato's Prelude. He also gained attention beyond jazz circles, working with more pop- and R&B-oriented artists like Chaka Khan, Tina Turner, Average White Band, and more. As evidence of Moreira's impact after moving to the United States, Down Beat magazine added a percussion category to its readers' and critics' polls in 1973 -- an honor which the drummer has earned over 20 times since.

As a leader, he made his debut with 1970's Natural Feelings, playing alongside his wife Purim, bassist Ron Carter, and longtime Brazilian associates Sivuca and Hermeto Pascoal. More albums followed with 1972's Seeds on the Ground, and 1972's Free; the latter of which arrived on CTI and featured brass arrangements by Don Sebesky, as well as contributions by Purim, Chick Corea and Keith Jarrett, Hubert Laws, Joe Farrell, and George Benson. All of these albums found Moreira combining his love of Brazilian musical traditions with western funk, fusion, and modal jazz idioms. Similarly cross-pollinated albums followed throughout the '70s, including 1973's Fingers, 1975's Identity, and 1979's Grammy-nominated Touching You Touching Me. He also played on most of Purim's albums, including 1973's Butterfly Dreams, 1976's Open Your Eyes You Can Fly, and 1979's Carry On.

In 1992, Moreira and Purim joined Dizzy Gillespie's United Nation Orchestra on the Grammy Award-winning concert album Live at the Royal Festival Hall. He returned to his own work with 1993's Killer Bees, which featured vocals and production by Purim, as well as contributions by Corea, Herbie Hancock, Mark Egan, Stanley Clarke, Gary Meek, and Hiram Bullock. Jump followed in 1995. Moreira and Purim also formed the expansive Fourth World ensemble, with José Neto on guitar, Gary Brown on bass, and Jovino Santos on keyboards and flute. There were also notable dates with Al Di Meola, Dianne Reeves, Carlos Santana, and others.

Along with performing, Moreira branched out into teaching in the 2000s, working as a professor at the Ethnomusicology department of UCLA. Nonetheless, he continued to record, issuing Homeless in 2000 which featured vocals from his and Purim's daughter Diana Moreira Booker. His daughter, who is married to Walter Booker's son percussionist/instrumentalist Krishna Booker, also appeared on 2003's Life After That. Around this time, in recognition of both Moreira and Purim's contributions to Brazil's international relations, the couple were inducted into the "Order of Rio Branco" by Brazil's President Fernando Henrique Cardoso. The percussionist next paired with pianist Jacob Anderskov for 2008's Ears to the Ground. Aluê arrived in 2017 and again featured Moreira Booker, as well as Fourth World member José Neto and others. Included on the album was a re-recorded version of the title track which originally appeared on 1971's Seeds on the Ground. ~ Matt Collar, Rovi 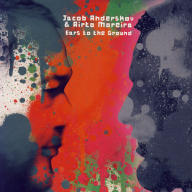 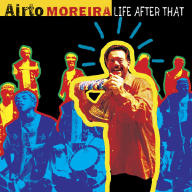 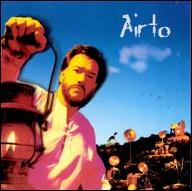 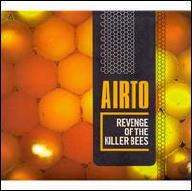 Revenge of the Killer Bees
1999 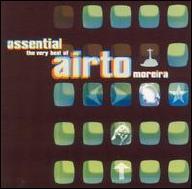 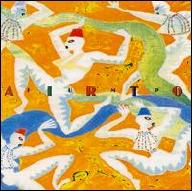 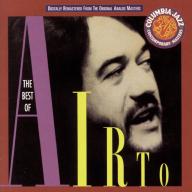 The Best Of Airto
1994
Videos
Close 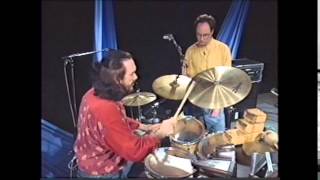 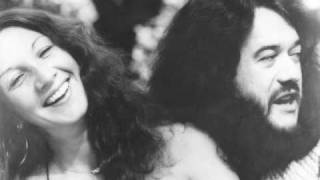 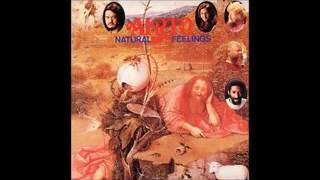 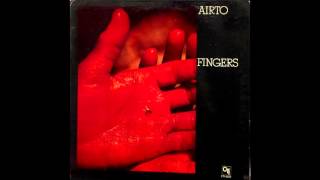 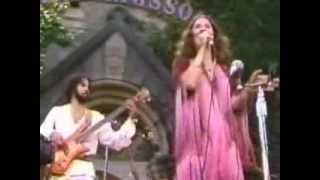 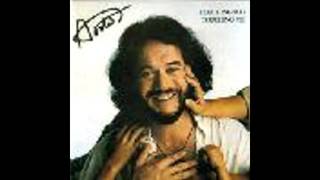