Close
Franz Liszt
from Raiding
October 22, 1811 - July 31, 1886 (age 74)
Biography
One of the most innovative and creative pianists and composers of the 19th century, Franz Liszt was known for taking beautiful masterpieces of music from literature. Many criticized him for his boldness but his works remain some of the most beautiful works in classical music today.

Franz Liszt was born in Hungary and was the son of a steward. His father worked was employed with the Esterhazy family, who enjoyed the works of Haydn. He began studying the piano at the age of six and spent most of his childhood mastering the instrument and performing concerts and recitals. He moved to Vienna with his family and took piano lessons from Carl Czerny and composition lessons with the famous composer Antonio Salieri. His concert and recital appearances increased as did his popularity among the audiences. Finally ready to pursue a musical career in piano and composition, Franz Liszt went to Paris at the age of 16.

In 1831 Franz Liszt was fortunate enough to see a performance of famed violinist Niccolo Paganini. It was this performance that influenced Franz Liszt to make the piano a virtuoso instrument. In 1835 he left Paris with his mistress, Comtesse d'Agoult, who was also the mother of his three children. The love affair didn't last and in 1848 Franz Liszt moved to Weimar, Germany.

The move to Germany proved a very important one for Franz Liszt. He became Director of Music Extraordinary and began composing a new genre of music, the symphonic poem. His poems came from classical works of literature including Ce qu'on entend sur la montagne, based on a Victor Hugo poem and Les preludes from Lamartine. His musical genius transformed these words into flowing stories full of notes and measures. Other pieces are based on works from Lord Byron, Goethe and Dante. "First Mephisto Waltz," was based on Lenau's Faust. A second waltz from the poem appeared in 1881. Although successful, his symphonic poems met with criticism because they were not pure music.

Besides these orchestral works, Franz Liszt is also known for his numerous piano compositions. He wrote two piano concertos and several works for both piano and orchestra. His piano compositions include a Totentanz or Dance of Death, Hungarian Folk-Melodies and Hungarian Rhapsodies. The Hungarian Rhapsodies, written for piano, have been arranged for orchestra also. The Rhapsodies have been arranged in 19 pieces and are based on Hungarian art music once played by gypsy musicians. His credits also include a number of opera transcriptions such as Reminiscences of Don Juan by Mozart and an opera arranged by Franz Liszt's friend and son-in-law, Richard Wagner.

Despite his reputation for being a Don Juan, Franz Liszt entered the priesthood at the age of 48. Because of this calling his musical concerts and performances were split between Rome, Budapest and Weimar. In 1866 he was given the title of Abbe by Pope Pius IX.

Not interested in fame and success, Franz Liszt's main musical goal was searching for new styles of music. He expanded not only on his own music but also on the music of Beethoven, Berlioz and Wagner to create these new forms of music. He is well-known for all his works, be it piano, orchestra or symphony compositions. His "Sonata in B minor," composed in 1853, remains a solo masterpiece. A Romantic pianist and composer, Franz Liszt died in Bayreuth in 1886. ~ Kim Summers, Rovi 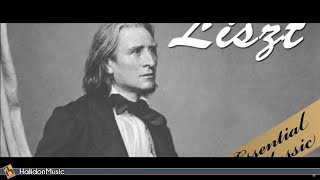 The Best of Liszt 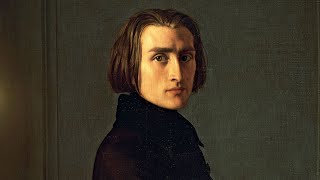 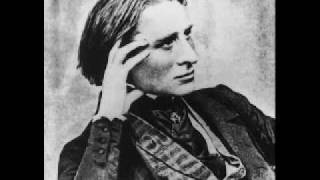 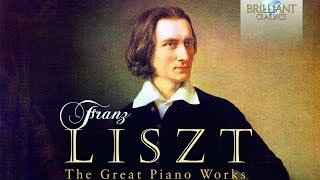 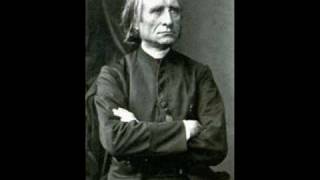 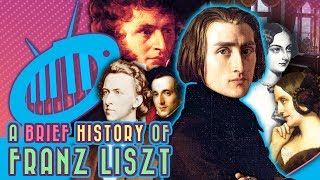 A Brief History of Franz Liszt 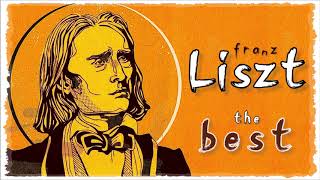