Close
Paul Mazursky
Biography
Although actor-director Paul Mazursky enjoyed a lengthy and successful career spanning several decades, he rose to his greatest prominence during the 1970s, an era which his films probed with uncommon insight and depth. Born Irwin Mazursky on April 25, 1930 in Brooklyn, NY, he studied literature at the nearby Brooklyn College; there he began acting, winning acclaim for a leading role in a 1950 campus revival of Leonid Andreyev's He Who Gets Slapped. His performance caught the eye of scenarist Howard Sackler, who introduced the young actor to an aspiring filmmaker named Stanley Kubrick; Mazursky then took a leave of absence from his studies to travel to California to appear in Kubrick's little-seen debut feature #Fear and Desire, for which he changed his first name to Paul. Upon graduating in 1951, he migrated to Greenwich Village, where he studied method acting under Lee Strasberg; he also appeared in a number of stock productions, appearing in works ranging from Death of a Salesman to The Seagull.

In 1955, Mazursky returned to the screen, appearing as a juvenile delinquent in Richard Brooks' #The Blackboard Jungle. Major success continued to elude him, however, and he spent the next several years regularly appearing in small roles on television and both on and off-Broadway. He also appeared as a standup comic, first performing with fellow comedian Herb Hartig in an act billed as "Igor and H", and later touring the nation as a solo act. In 1959 Mazursky relocated to Los Angeles, forging a collaboration with fellow struggling performer Larry Tucker while working with the UCLA repertory company. In 1963, he and Tucker were both signed as writers for television's #Danny Kaye Show, and two years later they penned the pilot for #The Monkees; in 1966, Mazursky also appeared in Vic Morrow's low-budget #Deathwatch, making his first return to film in over a decade. With the short subject #Last Year at Malibu -- a parody of the Alain Resnais masterpiece #Last Year at Marienbad -- Mazursky made his directorial debut, and in 1968, he and Tucker wrote the screenplay for the feature I #Love You, Alice B. Toklas.

Strong reviews allowed Mazursky the leverage to direct the duo's next script, 1969's #Bob Carol Ted Alice; a frank comedy about the "new morality" of the sexual revolution, the film was a massive hit, earning close to $20 million. Its success offered Mazursky the freedom to make movies according to the wishes and demands of no one but himself, and he responded with 1970's #Alex in Wonderland, the clearly autobiographical tale of a young filmmaker pondering his future; the picture was an unmitigated critical and financial disaster, however, and injured by its reception, he traveled to Europe to take stock of his career. Upon returning to Los Angeles, Mazursky ended his partnership with Larry Tucker and began work on his first solo screenplay, #Harry and Tonto; finding no takers for the project, he instead turned to 1973's #Blume in Love, a return to reviewers' good graces. After securing the backing of 20th Century Fox, he finally made #Harry and Tonto in 1974, directing star Art Carney to an Academy Award.

Next, he again turned reflective, going back to his youth for the inspiration behind 1976's #Next Stop, Greenwich Village, followed by an appearance in the 1976 Barbra Steisand remake of #A Star Is Born.

Mazursky's next directorial effort, 1978's #An Unmarried Woman, remains the most highly regarded of his pictures, scoring an Oscar nomination for Best Picture as well as a Best Actress nod for star Jill Clayburgh. 1980's #Willie and Phil -- an homage to Francois Truffaut's masterpiece #Jules et Jim -- met with a mixed reception, as did its follow-up, 1982's #Tempest, an update of the Shakespeare drama. He then helmed the 1984 culture-clash comedy #Moscow on the Hudson, a vehicle for Robin Williams which restored some his critical and box-office luster, and in 1986, Mazursky scored his biggest success in years with the satire #Down and Out in Beverly Hills, a remake of the 1932 Jean Renoir classic #Boudu Saved from Drowning. After serving as the art director on 1987's #Intervista, a film from one of his idols, Federico Fellini, Mazursky helmed 1988's #Moon Over Parador, followed by a pair of on-screen performances in #Punchline and #Scenes from the Class Struggle in Beverly Hills.

With 1989's Isaac Bashevis Singer adaptation #Enemies, a Love Story, Mazursky achieved new levels of acclaim, scoring Best Director honors from the New York Critics' Circle and leading stars Anjelica Huston and Lena Olin to Academy Award nominations. However, his next picture, the strained 1990 comedy #Scenes from a Mall -- a satiric update of Ingmar Bergman's far superior #Scenes from a Marriage -- was a disaster. Mazursky then spent several years away from filmmaking, only producing 1990's #Taking Care of Business as well as appearing in Bob Rafelson's 1992 flop #Man Trouble. When #The Pickle, his 1993 comeback effort, fared poorly, Mazursky again retreated, appearing in films ranging from the 1993 Brian DePalma crime drama #Carlito's Way to the 1995 romantic comedy #Miami Rhapsody; #Faithful, his 1996 return to directing, was also a disappointment, the victim of legal hassles and distribution problems. ~ Jason Ankeny, Rovi 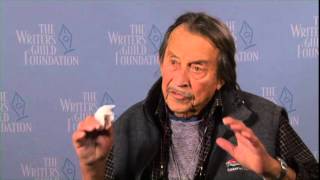 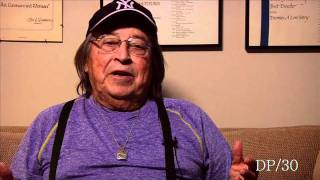 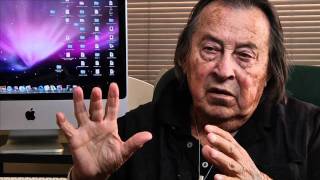 DP/30: Paul Mazursky - Epsiode Four: Down & Out In Beverly Hills to Enemies: A Love Story 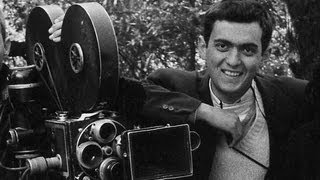 How Stanley Kubrick and Paul Mazursky Made Their First Film 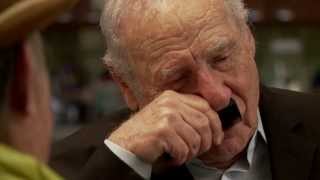 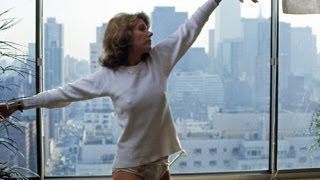 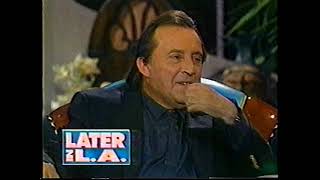