Close
Dennis Alcapone
from Clarendon, Jamaica
August 6, 1947 (age 74)
Biography
He wasn't the first -- U-Roy wasn't nicknamed "the Originator" for nothing -- but in Jamaica in the early '70s, Dennis Alcapone was part of a triumvirate of toasters, alongside U-Roy and Big Youth, who ruled the island. Crashing out of the sound systems and onto the airwaves like a tidal wave, this trio of talent was responsible for bringing the art of DJing to never before imagined heights. U-Roy was first off the starting block, releasing his debut single in 1969. But in his shadow, the young Dennis Smith was readying to follow suit. Born in Clarendon, Jamaica, on August 6, 1947, a move to Kingston and a name change were the first order of business. Then, with friends Lizzy and Samuel the First, Alcapone set up the El Paso Hi-Fi sound system in 1969. Its success was legendary, its popularity virtually unrivaled in its day. As the new decade dawned, the DJ recorded his first singles, both for Niney Holness and Rupie Edwards. Filling the platters with rhyming chatter -- catchphrases, exuberant exclamations, bouncing off the original lyrics -- while never losing step with the beats, Alcapone's unique singsong style immediately caught the public's attention.

Producer Clement Coxsonne Dodd quickly pounced. The Studio One label head was still smarting over losing U-Roy, who'd briefly DJed for Dodd's sound system, to his rival, Treasure Isle head Duke Reid. U-Roy was now sitting at the top of the Jamaican chart and Dodd was determined that Alcapone shoot him down. With the Studio One archives at his disposal, the DJ recorded a slew of seminal singles, and just as the producer intended, now seriously threatened U- Roy's own crown.

Versions of classic hits by Alton Ellis, Delroy Wilson, John Holt, the Heptones, and Carlton the Shoes rained down. Alcapone's exhilarating Forever Version of the latter band's Love Me Forever titled his debut album, which compiled many of these hits. Of course, the title itself was yet another salvo in the battle with Reid, playing off U-Roy's own Versions Galore equally hits-heavy album.

But Alcapone was not recording exclusively for Dodd, he was doing equally spectacular singles for producer Keith Hudson. The DJ was already maturing and evolving, on Spanish Amigo, a version of Ken Boothe's soulful Old Fashioned Way, Alcapone manages to stuff the single not just with his expected catchphrases, but engages in snatches of responses to the lyrics before running away with them entirely. Now, virtually every producer in town was knocking on the DJ's door and in 1971, much to Dodd's distress, Alcapone moved on to work with Bunny Lee for another clutch of hits. Ripe Cherry, a version of Cherry Oh Baby, Horse and Buggy, a version of Mule Train, and Lorna Banana, a duet with fellow DJ Prince Jazzbo, all soared onto the charts. But none had the impact of Guns Don't Argue; a version of Eric Donaldson's Love of the Common People, the song single-handedly introduced gunplay into the toaster's lyrical repertoire. Many of the singles cut with Lee were gathered up for 1971's Guns Don't Argue, which was later reissued by the Jamaica Gold label.

Leaving Lee behind, the DJ next settled down at Treasure Isle, where the hits just kept coming; the compilation Soul to Soul: DJ's Choice, released by Reid in 1973, features a number of these alongside cuts by fellow DJs U-Roy, Lizzy, and Little Youth. The Great Woggie, a version of the Techniques' You Don't Care, was arguably the best out of a fabulous batch Alcapone released in 1971, with Teach the Children taking the honors the following year. The latter's legacy has been the most enduring, even if Alcapone's version was actually the song's second (John Holt's Sister Big Stuff rhythm was itself a cover of Jean Knight's Mister Big Stuff). The DJ would turn it into the most infectious spelling lesson of all time, and the chart-topping song was so popular that it has long been used by Jamaica's radio literacy shows.

And while Alcapone may have played the tough guy, especially on his album sleeves (Forever Version, for example, found him astride a cannon), in reality, it was his easygoing, personable style that drew the fans. On DJ's Choice, he actually publicizes the competition, running down a list of top DJs and their catchphrases, with his own last, and encouraging listeners to "voice their choice." Fans could only infer that the congenial Alcapone didn't see the others as competition at all and loved their music as much as they did.

By 1972, the DJ's reputation had already crossed the Atlantic to Britain, and Alcapone now went off on his first British tour. He returned home in triumph and was awarded the Best DJ of the Year by Swing magazine. A second U.K. tour was even more successful than the first -- while back home, he seemed to have the Midas touch.

In the three-year period running from his recorded debut in 1970 through to the end of 1973, Alcapone released over 130 singles. Working with virtually every name producer on the island and versioning classic after classic, the DJ's prolificacy is almost beyond belief. At an annual rate of almost 45 releases a year, what's truly stunning is just how good most of them are. From the scorching This a Butter produced by Phil Pratt, the rousting Byron Smith-produced Out the Light, the witty Go Johnny Go produced by Byron Lee, the perfect banter of the Prince Tony-produced Fine Style, the sermonizing King of Kings, one of a clutch of classics cut with Alvin Ranglin, the wordplay on the Lee Perry-produced Africa Stands, to his fabulous timing on My Voice Is Insured for Half a Million Dollars, where Alcapone rides the beat like an equestrian champion, the list of spectacular releases could go on for pages. The Trojan label's My Voice Is Insured for Half a Million Dollars rounds up a bumper 25 tracks from this period, while Heartbeat has reissued Forever Version and Guns Don't Argue, available courtesy of Jamaica Gold.

In 1974, Alcapone followed his heart and relocated to London. Love may conquer all, but in the DJ's case, it conquered his seemingly unstoppable career. The lackluster Belch It Off album, produced by Sydney Crooks and released this same year, was a foreboding of things to come. Signing to the U.K. label Magnet, King of the Track also appeared this year and compiled older Bunny Lee-produced hits with four new tracks cut with Lee's associate Count Shelly. Any hopes Alcapone had of re-creating his Jamaican success in Britain swiftly faded with Magnet's own loss of interest. And back home, the DJ was quickly fading from memory, as a wave of new young guns swept into the scene and onto the charts. The man who once swamped the island with records was now reduced to cutting all of a half-a-dozen singles between 1975-1976.

A move to the Third World label offered a glimmer of hope. He recorded three albums for them -- Dread Capone, Six Million Dollar Man, and the the Bunny Lee-produced set Investigator Rock -- all before the end of 1977. However, none made much of an impression. The RAS label's Universal Rockers bundles up tracks from this era, a reminder that Alcapone hadn't so much lost his form, as his following. There just wasn't large enough interest in the U.K. to sustain his stardom, while there wasn't enough output to keep him fresh back home. By the end of the decade, Alcapone had left music entirely -- but not permanently.

In 1988, the DJ returned to the stage and the following year saw him take the WOMAD festival by storm. Alcapone returned to Jamaica in 1990 and began working again with Bunny Lee. Most of his releases since have been low-profile and have had little impact on the current scene. In 1997, however, he cut the 21st Century Version album with producer the Mad Professor, which received the most attention of this decade's output. Alcapone continues to record and appear live, but sadly, his glory days turned out to be far too brief. However, he led by example and his career and life can best be summed up by his own catchphrase, "Live it up." ~ Jo-Ann Greene, Rovi 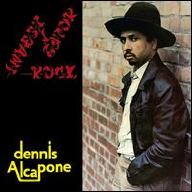 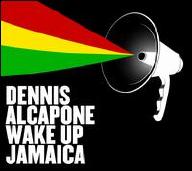 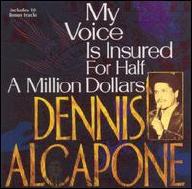 My Voice Is Insured for Half a Million Dollars
2000 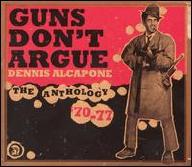 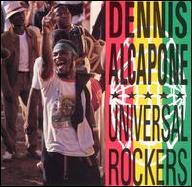 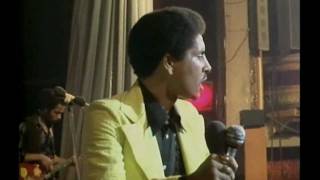 Rare footage Dennis Alcapone at the Edinburgh Festival in 1973 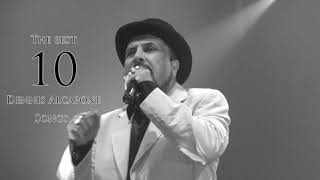 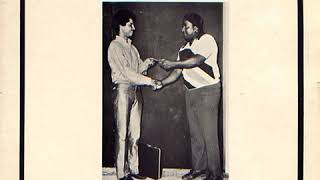 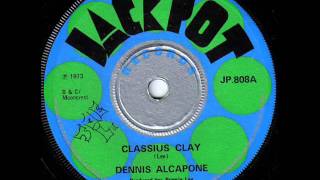 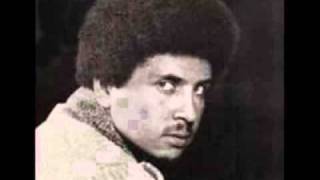 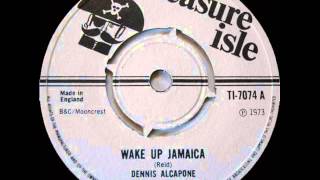 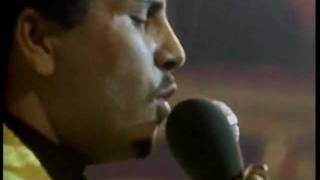