The beginning of the Dillinger Escape Plan can be traced back to a relatively average hardcore band called Arcane, which during its last performance featured vocalist Dimitri Minakakis, guitarists Ben Weinman and Derrick Brantley, drummer Chris Pennie, and then fill-in bassist Adam Doll. The band played two shows with this lineup under the name Dillinger Escape Plan before Brantley exited the group. They next recorded a demo, which a then-new label called Now or Never Records offered to release on CD. New guitarist John Fulton was recruited shortly before the band's first tour. The Dillinger Escape Plan's frenetic, intense, and sometimes violently spastic performances became the talk of the hardcore scene. Relapse Records representatives heard about a particularly engaging performance at Philadelphia's Stalag 13 and went to see them at another Pennsylvania gig. Soon after, a multi-record deal was inked.

Fulton left the band shortly before the 1998 release of the band's debut EP for the label Under the Running Board, on which Weinman handled all guitar duties. The three-song teaser built up anticipation for their 1999 debut full-length record, Calculating Infinity, a jaw-droppingly intense, mathematical, and inspired opus of immense technical proportion. Before the record was made, Doll was involved in a serious car accident that resulted in him being partially paralyzed and unable to continue recording or performing with the band. Around the same time, Jesuit guitarist Brian Benoit joined the band, replacing Fulton. The album was a smash success in the underground, igniting a succession of imitators and accolades from the underground and more mainstream press alike. Calculating Infinity also garnered the attention of former Faith No More vocalist Mike Patton, who, after seeing a videotape of the band in action, invited them to come out on the road supporting his avant-garde act Mr. Bungle. The band enlisted former M.O.D. bassist and fellow New Jersey native Jeff Wood as temporary touring help.

Following the Mr. Bungle tour, the Dillinger Escape Plan embarked upon a long string of headlining dates and co-headlining shows with Candiria, trekking back and forth around the United States. Their live shows became increasingly intense, incorporating samples, a light show, fireworks, and, at one time, a fire breather. After several months of heavy-duty road work, including notable festival appearances on the Warped Tour and March Metal Meltdown, the group relieved Wood -- who continued to front his own Shat project -- of his duties, enlisting a more permanent replacement for Doll in the form of a Philly resident named Liam. In 2000 Now or Never re-released the band's self-titled record with bonus tracks. Sometime after a trip to Europe with their friends in Botch, the Dillinger Escape Plan parted ways with Minakakis. They played a few shows as an instrumental act and a couple of final shows with Minakakis, one as part of Japan's Beast Feast Festival and another near their hometown. After that, they embarked on a nationwide search for the singer's replacement via their website, putting up a vocal-less version of the song "43% Burnt" and asking prospective hopefuls to download it, record their own singing, and send it to the group. While collecting CD-Rs from fans and wannabe singers, the band stayed busy, recording two songs for a Black Flag tribute album and a new EP's worth of material (which Patton agreed to sing on), and playing Krazy Fest in Louisville, Kentucky, with friend and Coalesce vocalist Sean Ingram guesting.

In late 2001, the group met with a singer named Greg Puciato, who had greatly impressed them with his CD-R submission. After two practices, they offered him the job and he graciously accepted. He made his debut appearance with the band at the 2001 CMJ Music Festival in New York City. His hulking physical presence and spot-on screaming won over fans as they embarked upon a national headlining tour, which was cut short when System of a Down offered to bring the group over to Europe in spring 2002. In March 2002, the Dillinger Escape Plan announced that they would be releasing their Mike Patton-fronted EP Irony Is a Dead Scene via California punk label Epitaph. Puciato made his full-length debut on 2004's Miss Machine. In June 2006 the group released an EP of cover songs titled Plagiarism, and the following year marked the departure of drummer Chris Pennie. He was replaced by Gil Sharone of Stolen Babies, who took the drum stool for the especially innovative follow-up, Ire Works, released in November 2007. After the release of Ire Works, the Dillingers left their label, Relapse, in favor of starting their own label. In 2010 they self-released their fourth studio album, Option Paralysis, through their Party Smasher imprint. Their fifth album, the more visceral One of Us Is the Killer, arrived on the imprint in 2013. Following its release, Weinman and Puciato stepped away from the band to focus on side projects for the next couple of years -- the former on Giraffe Tongue Orchestra, the latter on the Black Queen and Killer Be Killed. In late 2015, Dillinger got back together to record their sixth studio album. Titled Dissociation, it was released in October of 2016 alongside the news that it would likely be their last effort. The band embarked on a farewell tour before going on indefinite hiatus in 2017. ~ Ryan J. Downey, Rovi 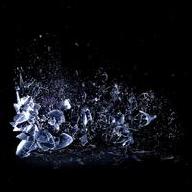 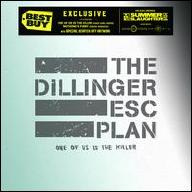 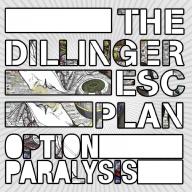 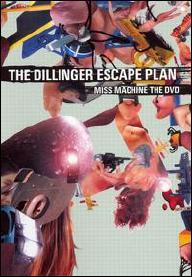 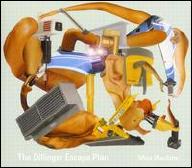 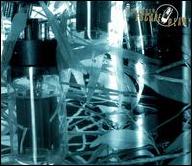 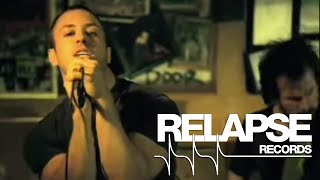 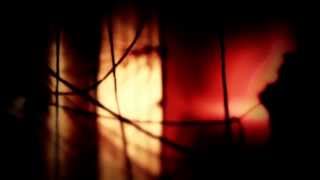 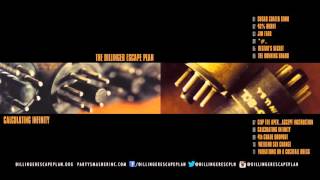 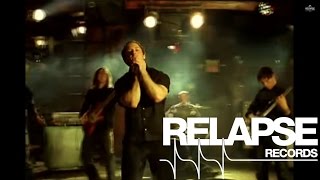 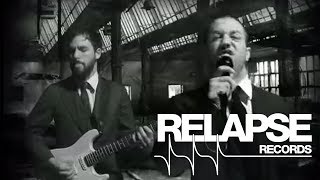 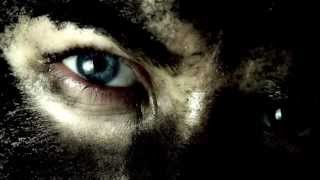 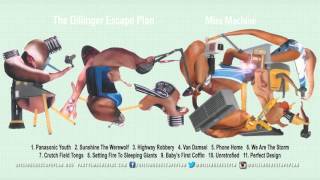