Close
Nikolaus Harnoncourt
from Berlin, Germany
December 6, 1929 - March 5, 2016 (age 86)
Biography
Perhaps no single musician ever achieved such high accomplishment across such a broad span of repertory as Nikolaus Harnoncourt. His first professional job was as cellist for the Vienna Symphony Orchestra. Almost immediately, however, Harnoncourt sought to specialize in performing music of the past upon historically correct instruments; he was one of the first professional musicians to do so. Over the course of a stunningly influential career, Harnoncourt gradually worked forward into more modern repertories. His many awards included repeated top recording medals from at least six European countries, and a Grammophone Award for Special Achievement in 1990. His decades of recordings on the Teldec label fully encompassed seven centuries of music history.

Harnoncourt considered his own life strongly influenced by an adolescence under the shadow of Nazism. He was born Nikolaus de la Fontaine und d'Harnoncourt in Berlin; his aristocratic family moved south to its ancestral mansion in Graz, Austria. After years of hardship under the Nazi regime, the Harnoncourt family fled to Salzburg in 1945. There he found his calling, and began studying the cello under Paul Grummer. No less a figure than Herbert von Karajan accepted Harnoncourt into the Vienna Symphony in 1952. However, his path was destined elsewhere. While in college, Harnoncourt became fascinated by the original Baroque instruments languishing in antique shops, and wondered why professional musicians didn't use these brilliant artifacts to produce the music of their time.

In 1953, Harnoncourt and his wife Alice founded the Concentus Musicus Wien, the first professional Baroque orchestra. They took players from the symphony, trained collaboratively for four years on early instruments, and exploded onto the European scene in 1957. Their first recording project was the Purcell Viol Fantasias, followed by a series of highly acclaimed recordings of the major works of Bach. In the 1970s, Harnoncourt and Gustav Leonhardt collaborated on a massive recording project of all Bach's cantatas. Meanwhile, Harnoncourt and Concentus Musicus romped through much of the Baroque literature, including Monteverdi's operas, Telemann, Rameau, and Fux. Later, he broadened his repertory to include Haydn and Mozart with Concentus Musicus, as well as masterworks from the 19th century operatic and symphonic repertory (including a million-selling cycle of Beethoven symphonies) with the Chamber Orchestra of Europe, the Berlin Philharmonic, and the Concertgebouw Orchestra. He taught as professor of performance practice at the Salzburg Mozarteum (1972-1993), and wrote three full-length books on the subject closest to his heart. He maintained a close relationship guest conducting the Vienna Philharmonic in the years just before his retirement in late 2015 for health reasons. Harnoncourt passed away soon after, leaving behind a legacy as a widely knowledgable, collegial, and well-respected conductor., Rovi 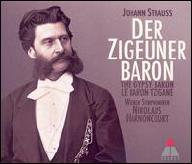 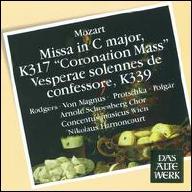 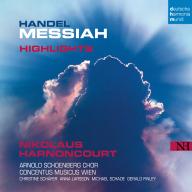 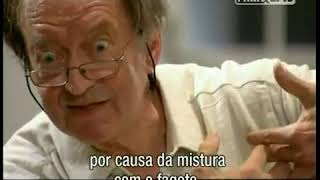 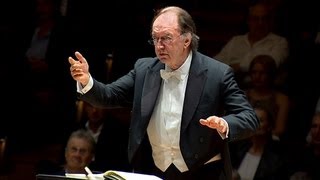 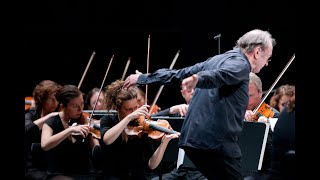 Nikolaus Harnoncourt and the COE 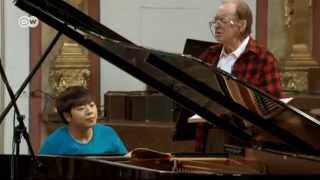 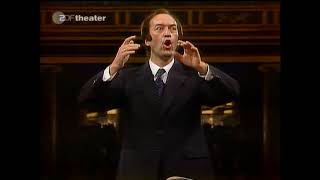 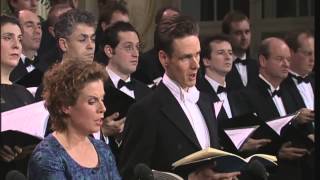 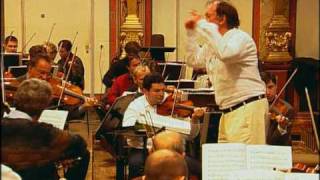