Close
The Tragically Hip
from Kingston, Ontario, Canada
formed January 1, 1983 - January 1, 2017 (age 34)
Biography
Over their three decades together, Canadian quintet the Tragically Hip rose from scrappy late-'80s modern rock heroes to a celebrated national treasure whose final concert was attended by the Prime Minister and broadcast live to millions across the country. After emerging as consistent chart staples thanks to landmark albums like Fully Completely (1992), Day for Night (1994), and Trouble at the Henhouse (1996), the Hip went on to enjoy a widespread and enduring popularity that propelled nine of their 13 albums to the number one spot, earned them a barrage of Juno Awards, an entry into the Canadian Music Hall of Fame, and even an appointment to the Order of Canada. With a guitar-driven alt-rock style that occasionally drew comparisons to American peers R.E.M., the Hip endeared themselves to Canadian fans with their distinctive penchant for poetic musings on their nation's culture, geography, history, and mythology. While their success at home was never matched in the U.S., their popularity thrived in certain border markets like Buffalo and Detroit where they recorded their platinum-selling 1997 concert album Live Between Us. They remained a dominant force in Canadian music throughout the 2000s, working with famed producer Bob Rock on 2006's World Container and 2009's We Are the Same, and carrying their success into the next decade. In 2016, just prior to the release of their 13th studio album, Man Machine Poem, it was revealed that enigmatic frontman Gord Downie had been diagnosed with a terminal brain tumor. The Hip completed a national farewell tour with a bittersweet concert in their hometown of Kingston, Ontario and, following Downie's death in October 2017, opted to disband rather than tarnish their legacy with a different singer.

Formed in 1984, the Hip spent their first couple of years cutting their teeth in student bars around the Kingston's Queen's University campus. The lineup of Downie (vocals, guitar), Rob Baker (guitar), Gord Sinclair (bass, vocals), and Johnny Fay (drums) was initially augmented by saxophonist Davis Manning, who was replaced in 1986 by guitarist Paul Langlois. This close-knit quintet would remain intact for the remainder of the band's career. Bruce Dickinson, who was at the time vice-president of MCA, caught a spirited set at Toronto's famous Horseshoe Tavern and quickly signed the Hip to a longterm deal. Their self-titled debut EP appeared in 1987 yielding the fan favorite "Highway Girl," but it was 1989's full-length Up to Here that put them on the map. Recorded in Memphis at Ardent Studios, the album went gold in Canada, spawning two number one singles and earning the Hip a Juno Award for Most Promising Artist. It also marked their first release in the U.S., where it cracked the Billboard 200.

Enjoying their first taste of real success, they followed up with 1991's Road Apples, which became their first number one album and further established them as a legitimate presence in the Canadian rock landscape. While the accolades and prestige piled up at home, equivalent success in the U.S. still eluded them, a matter they sought to correct with 1992's career highlight Fully Completely. Recorded in London, England by producer Chris Tsangarides, it marked a tonal shift away from the blues influences of their first two albums and placed an unusual lyrical emphasis on Canadian icons and history, giving them an undeniable critical and commercial success at home, but again failing to entice U.S. record buyers. During this period, the Hip launched their own traveling festival tour, Another Roadside Attraction, which they headlined and curated in order to help promote other acts, many of them Canadian. The 1993 tour also served as a proving ground for material from their next album, 1994's enigmatic Day for Night, their first LP to debut at the number one spot. A series of sold-out tours in Canada and the American Midwest, as well as an appearance on Saturday Night Live, helped boost their profile in the U.S. and cement their celebrity at home. 1996's Trouble at the Henhouse was another major success in Canada, earning the Hip another Juno Award for Group of the Year and Trouble at the Henhouse Album of the Year. One of the album's tracks, "Butts Wigglin'," also appeared on the soundtrack to the 1996 Kids in the Hall comedy Brain Candy. During the subsequent tour, they recorded a live show at Detroit's Cobo Arena which was released in 1997 as Live Between Us. 1998's Steve Berlin-produced Phantom Power marked their debut for Universal Records and netted the band two more Junos as well as yielding the popular single "Bobcaygeon," a song immortalizing the Ontario town of the same name which became one of the Hip's most beloved signature songs.

While it would seemingly be hard to top their success in the '90s, the group kicked off the new millennium with another chart-topper in 2000's MusicWork, their second outing with producer Steve Berlin, which added yet another Juno to their growing pile. Following the album's touring cycle, Downie issued the first of what would be several solo releases in 2001's Coke Machine Glow. He returned to band duties the following year as they worked with producer Hugh Padgham (the Police, XTC) on 2002's In Violet Light. That same year, the group made a cameo appearance in the Canadian comedy film Men with Brooms, playing a curling team from their hometown of Kingston. Following a 2003 compilation appearance on a Gordon Lightfoot tribute album, they continued their chart dominance with 2004's politically minded I Between Evolution, another Canadian number one. 2005 saw the release of an ambitious box set, Hipeponymous, which combined a fan-voted best-of collection (also released separately as Yer Favourites) with a live DVD, documentary, and animated short film which the band scored. For their tenth album, the Hip enlisted Canadian rock super-producer Bob Rock (Metallica, Aerosmith) and split sessions between Toronto, Vancouver, and Rock's home studio on the Hawaiian island of Maui. World Container was released in late 2006, reaching number one and prompting major North American tours that included dates in the U.S. opening for the Who. Two years later, the Hip were asked to become the first live act to perform at the new K-Rock Centre arena in their hometown of Kingston, Ontario, the same venue that would host the band's final concert eight years later. Reuniting with Rock, they recorded their 11th studio album, 2009's We Are the Same, closing out the 2000s with their eighth number one album.

Following a nearly three-year break, the Hip reemerged in late 2012 with their 12th album, Now for Plan A. While it failed to reach the commercial peaks of previous albums, it nonetheless went gold and made a surprisingly strong debut at number 129 on the U.S. Billboard 200, their highest-ever entry on that chart. Entering the studio in July 2014, the Hip began work on their next album, pausing to do an early-2015 tour in support of the expanded re-release edition of their landmark 1992 album, Fully Completely. In May of 2016, with their new album already completed, the Hip went public, announcing that frontman Downie had been diagnosed with terminal brain cancer. In spite of his illness, Downie and the group agreed to a summer tour in support of the album, Man Machine Poem, which was released in June and became their final number one. Both celebratory and bittersweet, the Hip's final tour culminated in a farewell show on August 20, 2016 at Rogers K-Rock Centre in Kingston which was streamed live by the Canadian Broadcasting Corporation across numerous platforms and viewed by millions. Downie would release one more solo album, Secret Path, before his death from cancer on October 17, 2017. A few months prior, all five bandmembers were honored with the Order of Canada, the nation's second highest honor of merit. While Downie had encouraged his bandmates to audition his replacement, the remaining four members opted instead to become inactive as a performing or recording entity, effectively ending the band. A concert film of their final show, A National Celebration, was released in December 2017. ~ Timothy Monger, Rovi 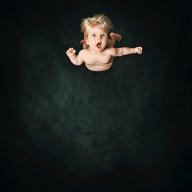 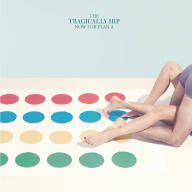 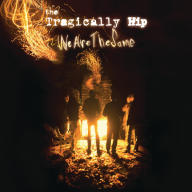 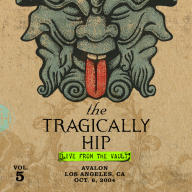 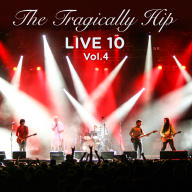 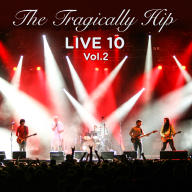 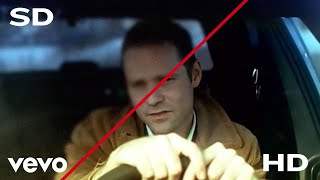 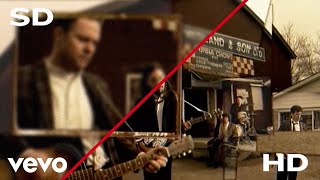 The Tragically Hip - Ahead By A Century (Official Music Video) 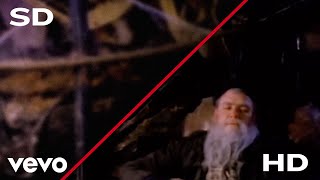 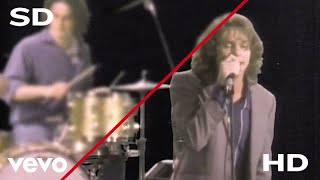 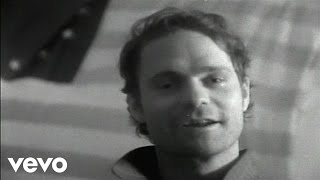 The Tragically Hip - At The Hundredth Meridian (Official Video) 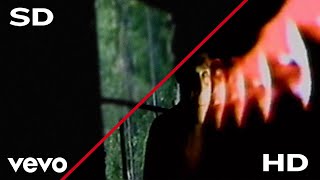