Close
Rolando Villazón
from Mexico City, Mexico
February 22, 1972 (age 50)
Biography
Touted as a possible successor to Plácido Domingo, Rolando Villazón burst on the scene in the early 2000s with a flurry of appearances at top opera houses around the world. He survived a vocal cord cyst in 2009 and has gone on to become one of the world's top opera stars.

Villazón was born on February 22, 1972, in Mexico City. Domingo's Perhaps Love album, recorded with John Denver, was the first example of operatic singing Villazón heard. Domingo served as a mentor to Villazón later in his career, and Villazón's voice has frequently been compared to Domingo's. His vocal gift was of the sort that emerges from a well-rounded education in the arts rather than one that shaped his life from childhood. Villazón studied theater, ballet, and modern dance as well as music at the Espacios arts academy. A voice teacher, Arturo Nieto, introduced Villazón to opera when he was 18. He enrolled at Mexico's National Conservatory of Music (studying with Enrique Jaso and Gabriel Mijares), and soon he was taking home top prizes in national vocal competitions. Still, Villazón worked as a history and music teacher, unsure whether to plunge into a full-time operatic career. His girlfriend Lucia decided for him, telling him that she wouldn't marry him unless he pursued his dream. Another fortuitous encounter happened as Villazón was working as a stage manager in an operatic production at Mexico City's Palacio de Bellas Artes. Columbia Artists Management representative Bruce Zemsky happened to be in attendance and, although Villazón wasn't performing, correctly guessed that he was a singer and invited him to audition. The shocked Villazón acquitted himself well enough to keep the relationship with Zemsky going, and eventually he was signed by the powerful agency. Villazón rounded off his education in 1998 with a stint at the San Francisco Opera's "Merola Opera Program" for young singers, taking classes with Joan Sutherland. The following year he made his European debut in Genoa, Italy, with an appearance as des Grieux in Massenet's Manon. Over the next five years, he appeared in a host of European and American houses. Villazón made his Metropolitan Opera debut in the fall of 2003, in Verdi's La Traviata. A highlight of his career was performing La Traviata with Anna Netrebko in a much-acclaimed production at the Salzburg Festival in 2005. Although his focus has been on the Romantic repertoire, he also has extensive experience performing works by Baroque composers, including Monteverdi, Handel, and Vivaldi.

His first appearance on disc came, oddly enough, as the Steersman in Wagner's Der fliegende Holländer. Villazón had sung little German music, but, noted Opera News writer Matthew Gurewitsch, "Villazón comes through in spades, flinging out his song in a blaze of openhearted romance that subsides disarmingly into sleepiness and dreams." Villazón's first solo release, Italian Opera Arias, appeared early in 2004. In the estimation of The Times of London, he was "the real thing, a tenor with star potential and striking individuality." His 2007 album Duets, with Netrebko, was an international best-seller. That year he became a French citizen. There was a break in Villazón's career in 2009 when he had surgery to remove a cyst on his vocal cords, but he was able to resume performing the following year. Since his return to the stage he has specialized in Mozartian tenor roles, but he also issued ¡México!, an album of Mexican popular song standards, in 2010. An appearance on a recording of Handel's Messiah with the Mormon Tabernacle Choir brought Villazón new exposure among U.S. audiences. Beginning in 2013 with a recording of Così fan tutte, the tenor has spearheaded a major new series of Mozart opera recordings on the Deutsche Grammophon label; in 2019, his recording of Die Zauberflöte (The Magic Flute) in that series appeared, with Villazón in the role, not of the tenor lead, Tamino, but of the comic baritone Papageno. ~ James Manheim, Rovi 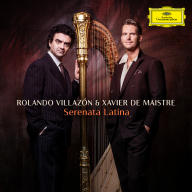 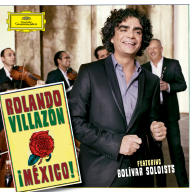 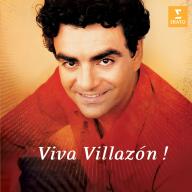 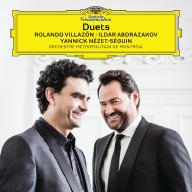 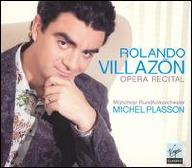 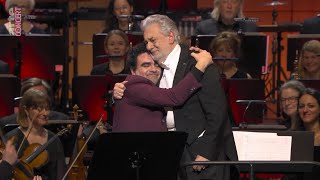 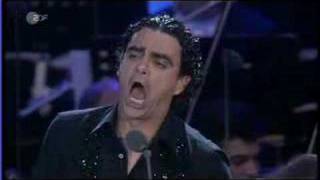 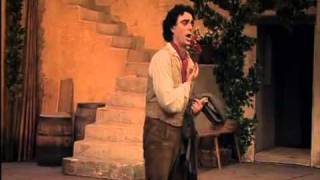 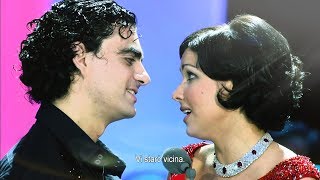 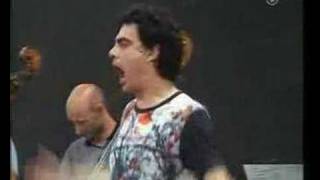 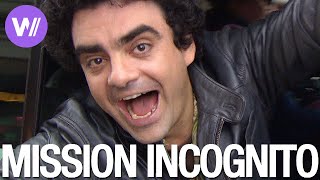 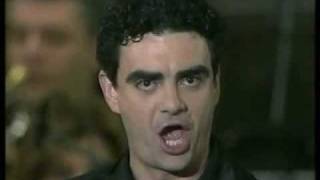