Close
Anna Netrebko
from Krasnodar, Russia
September 18, 1971 (age 50)
Biography
Anna Netrebko earned international acclaim in both the opera world and the German pop charts for her highly controlled, crystal-clear soprano voice and her charismatic stage presence. Netrebko was born in Krasnodar, Russia, on September 18, 1971. She attended the Conservatory of St. Petersburg, where she worked as a floor cleaner in her spare time. It was by virtue of her custodial work, not to mention her vocal talent, that she attracted the attention of conductor Valery Gergiev. He became her mentor, and helped Netrebko land her debut role as Suzanna in +Le Nozze di Figaro. After holding down several more leading roles with the Kirov Opera, Netrebko made her American debut in 1995, playing Lyudmila in a San Francisco Opera performance of +Ruslan and Lyudmila. She went on to tour the globe, holding down lead roles in +War and Peace, La Bohème, and +I Capuleti e i Montecchi.

Netrebko made her debut at the Met in 2002 in the role of Natasha in +War and Peace, and the following year released her first full-length album, Opera Arias. Another album, Sempre Libera, hit stores in 2004. Netrebko continued to tour heavily over the next few years, garnering praise from critics throughout the world for her performances in Roméo et Juliette, +La Traviata, and +I Puritani. She often played roles opposite the Mexican tenor Rolando Villazon during this time. In 2006, Netrebko's third release, Russian Album, hit stores throughout Europe -- the same year she became an Austrian citizen, citing the difficulty of traveling as a Russian citizen. Russian Album peaked in the Top Ten on the German pop charts, paving the way for the release of another album, Duets (featuring Villazon), which came out early in the following year. Netrebko made her Carnegie Hall debut a couple months after the album was released. As Netrebko's popularity grew, she began regularly releasing albums designed to appeal to a crossover audience -- collections of familiar arias (2007's Opera), folk and salon songs (2008's Souvenirs), beloved Russian numbers (2010's In the Still of Night) -- as well as performances of complete operas to please classical purists.

In 2013, Netrebko revealed that she had relocated to New York City, sharing an apartment with her son and her sister. She released two albums that year: a collection celebrating the 200th anniversary of the birth of Giuseppe Verdi and a new recording of Benjamin Britten's War Requiem. The following winter, Netrebko returned to Russia to perform at the Olympic Ceremonies in Sochi. A concert recording of her singing Tchaikovsky's Iolanta appeared in 2015, followed a year later by an album of Italian pieces called Verismo. Following her marriage to Azerbaijani tenor Yusif Eyvazov, the two singers collaborated on 2017's Romanza album. ~ TiVo Staff, Rovi 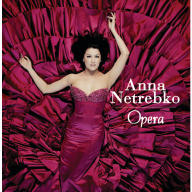 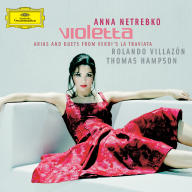 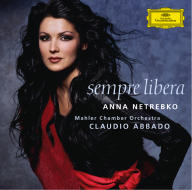 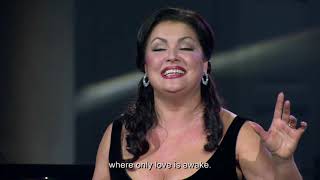 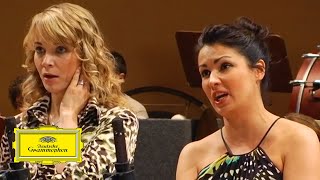 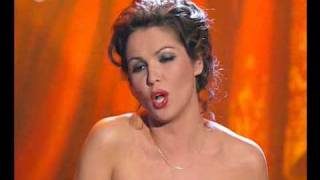 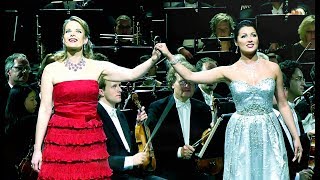