Close
Happy Caldwell
from Chicago, IL
July 25, 1903 - December 29, 1978 (age 75)
Biography
With his nickname, Happy Caldwell comes across as having a more upbeat attitude than the stereotyped disgruntled jazzman. His long career may have contributed to the smiles, although the nickname dates back to his childhood and the days when he was studying to be a pharmacist. He was 16 when he began playing clarinet, beginning in the Eighth Illinois Regimental Band and continuing in his Army service. Caldwell's cousin, the renowned reedman Buster Bailey, provided some lessons once Uncle Sam let go. In the early '20s, Caldwell began playing professionally in Bernie Young's Band. This leader held forth at a regular Columbia Tavern stint in Chicago and also provided Caldwell with his first recording dates in 1923. Sides such as Dearborn Street Blues were the start of a discography that would eventually tower over a small car. Caldwell was motivated to begin doubling on tenor sax during this period.

He soon began touring with Mamie Smith's Jazz Hounds, sniffing out a new home base in New York City while on the road. In 1924 he joined Bobby Brown's Syncopaters and in the next few years worked with pianist and bandleader Elmer Snowden as well as in groups led by Billy Fowler, Thomas Morris, Willie Gant, and Cliff Jackson. Louis Armstrong put Caldwell on a record in 1929, the same year the reedman returned to collaborating with Snowden. From the late '20s through 1933 one of Caldwell's regular stints was in the orchestra of Vernon Andrade, followed by gigs with Tiny Bradshaw and Louis Metcalfe. By the mid-'30s, Caldwell was taking a crack leading his own band, the Happy Pals. The group started working at the famous nightclub Minton's, then Caldwell headed a few hours south to Philadelphia where he put band leadership on the backburner, gigging with groups such as Eugene Slappy His Swingsters and Charlie Gaines.

Caldwell went back to New York in the mid-'40s and became active with his own group again, a situation that would continue, it goes without saying, happily, throughout subsequent decades of residencies at clubs such as Small's and the Rockland Palace. He was also associated with the blues shouter Jimmy Rushing and in the '70s was featured on several international tours. While his real name was Albert Caldwell, he has no connection with saxophonist Al Caldwell of the Don Junker Big Band. ~ Eugene Chadbourne, Rovi 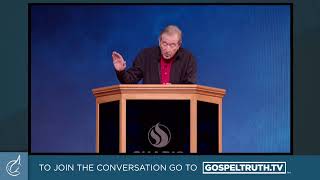 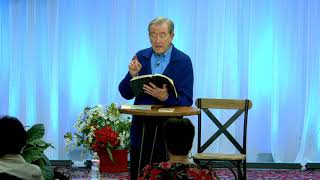 Pastor Happy Caldwell | How to thrive in perilous times 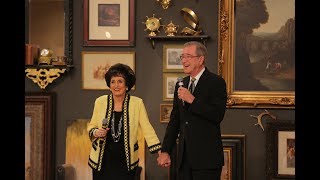 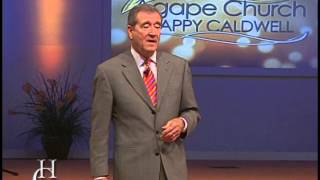 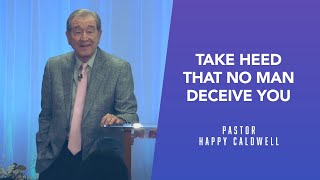 Take Heed That No Man Deceive You | Pastor Happy Caldwell 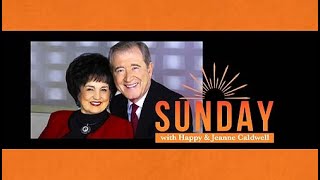 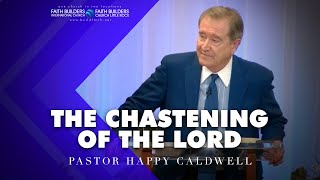 Pastor Happy Caldwell | The Chastening of the Lord
Available here: