Close
Bone Thugs-N-Harmony
from Cleveland, OH
formed January 1, 1993 (age 29)
Biography
Graced with a quick and sometimes sung delivery, along with a unique sense of melody, Bone Thugs-N-Harmony burst out of Cleveland, Ohio in the mid-'90s with a pair of massive hits ("Thuggish Ruggish Bone" and "Tha Crossroads") along with a great first album, as well as a successful follow-up, and then quickly unraveled. Mainstream interest dropped off toward the tail end of the '90s, but the group, which underwent a series of lineup changes, continued to release new material via mixtapes and albums throughout the 2000s.

N.W.A's Eazy-E signed the group -- initially comprised of Krayzie Bone, Wish Bone, Flesh-N-Bone, Layzie Bone, and Bizzy Bone -- to Ruthless Records. The debut release from Bone was an EP, Creepin on ah Come Up (1994). The EP boasted "Thuggish Ruggish Bone," a conventional G-funk song with an unconventional array of Bone Thug rappers that became an overnight summer anthem, especially throughout the Midwest. The single crossed into the Billboard Hot 100, where it peaked at number 22.

Amid the fervor, the group immediately reentered the studio and emerged with a remarkable album, E 1999 Eternal (1995). The album topped the Billboard 200 and the Top R&B/Hip-Hop Albums charts and spawned a pair of popular singles, "1st of the Month" and "Tha Crossroads," the latter a dedication to the deceased Eazy-E and a Grammy Award recipient. As was in vogue at the time, the group members subsequently pursued respective solo careers and also a Mo Thugs Family spinoff group; none of these ventures rivaled the proper Bone projects.

At this point, the onetime cohesive group, which specialized in interwoven, harmonious singing as well as rapping, became conflicted and the group members failed to collaborate well. However, their second album, Art of War (1997) -- an ambitious double-disc package -- was very successful. Not only did it top the same Billboard charts as E 1999 Eternal, but lead single "Look into My Eyes" went Top Five on the Hot 100. Within a year of release, it was certified quadruple platinum for over four million units sold in the U.S.

A second round of solo albums sold poorly, and Bone quickly slid off the mainstream radar. Occasional reunions, such as 2000's BTNHResurrection and 2002's Thug World Order, produced some moments of glory, but these were few and far between. Thug Stories, released in 2006 on Koch, placed the group -- at the time, a trio minus Bizzy -- in the Top 30 of the Billboard 200. Bone then signed to Swizz Beatz's Interscope-affiliated Full Surface boutique label, where they issued 2007's Strength Loyalty. A major-label budget allowed for guest spots from the Game, Mariah Carey, Akon, Bow Wow, and Twista, and the set eventually sold over 500,000 copies, earning gold certification.

Bizzy returned for 2010's Uni5: The World's Enemy. The album debuted at number 14 on the Billboard 200. A handful of dates excepted, Bizzy was absent from the album's promotional tour. He returned for the 2013 release Art of War: WWIII, but this time Krayzie and Wish Bone were out of the group, with both working on solo careers. In 2017, Krayzie and Bizzy revealed they were working on a duet album, New Waves, under the group name Bone Thugs. In advance of the album's release, they dropped a single, "Coming Home," with a guest appearance from reggae artist Stephen Marley. ~ Jason Birchmeier, Rovi 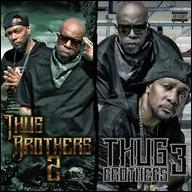 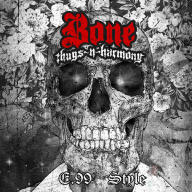 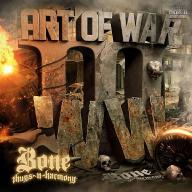 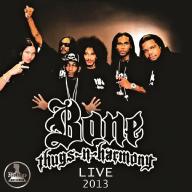 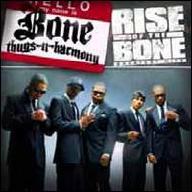 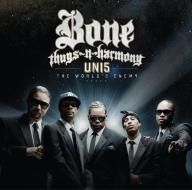 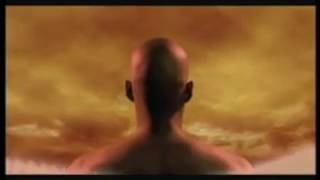 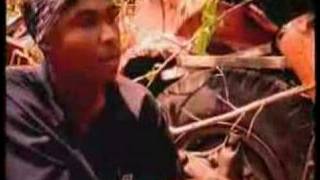 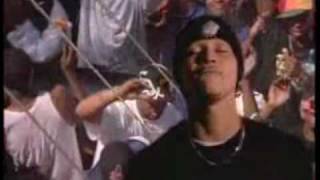 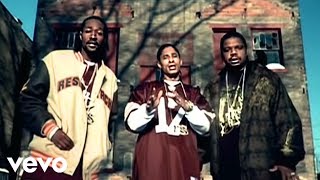 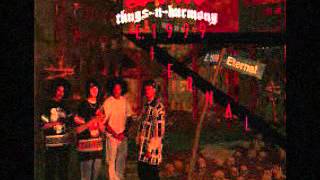 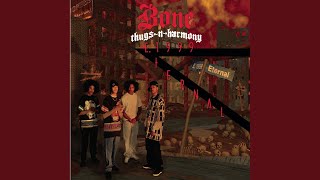 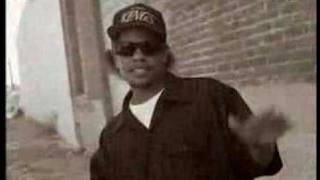