Close
Clarence Paul
from Winston-Salem, NC
March 19, 1928 - May 6, 1995 (age 67)
Biography
Motown producer/songwriter Clarence Paul has an enviable list of hits to his credit, including classic sides by Stevie Wonder, the Temptations, the Marvelettes, and Marvin Gaye. Paul's musical roots run deep, as his father and brother were singers. Born Clarence Pauling on March 19, 1928, in Winston-Salem, NC, he began singing gospel music in North Carolina churches with his brother Lowman Pauling, with whom he formed the Royal Sons. After Clarence left, the group later became the 5 Royales (the number one R&B hit Baby Don't Do It, the double-sided hit Help Me Somebody, number one R&B) b/w Crazy, Crazy, Crazy, number five R&B). During the '50s, Pauling sang with the gospel groups the Coleman Brothers and Wings Over Jordan. He served in the U.S. Army during the Korean War. When his stint was over, he returned to the States and began recording secular sides for various record labels including Federal, Roulette, and Hannover. To avoid confusion with his brother who had also began recording secular songs, he shorted his name to Clarence Paul. Some his releases includes the single I'm in Love Again and Operation Breadbasket (by Clarence Paul and the Members on Chi-Sound). Becoming a songwriter, Paul co-wrote I Need Your Lovin with Will Jennings and Ardra Woods, a 1959 number 14 R&B hit for singer Roy Hamilton.

Relocating to Detroit, MI, in the early '60s, Paul met a pre-stardom Stevie Wonder (he was still only known as Steveland Morris). Those close to their relationship say that Paul and Wonder were like father and son and later when Wonder began having hits, he'd accompany him on tour. He would teach Wonder vocal techniques and standards like Masquerade. He brought the multi-talented preteen to the attention of Motown Records founder Berry Gordy who signed Wonder to Motown subsidiary Tamla Records in 1961.

Paul was made a Motown staff producer/songwriter and assisted A&R head Mickey Stevenson. The duo produced 13-year-old Stevie Wonder's first single, Thank You (For Loving Me All the Way) -- an ode to his mother in November 1962. The harmonica-flavored hit Fingertips, Pt. 2 (written by Paul and Henry Cosby) originally on his LP The Jazz Soul of Little Stevie Wonder held the number one R&B spot for six weeks and the number one pop spot for three weeks on Billboard's charts in summer 1963. More Paul/Wonder hits are the number nine R&B hit Hey Love (Wonder/Paul/Morris Broadnax) -- later a 1992 pop hit for R. Kelly -- and Wondering ((Paul/Joey Di Benedetto). Stevenson and Paul produced and co-wrote Hitch Hike with Marvin Gaye, a number 12 R&B hit in early 1963, as well as Gaye's double-sided hit with Mary Wells, What's the Matter With You Baby b/w Once Upon a Time (Paul/Stevenson/Barney Ales/Dave Hamilton). Hits for Martha Reeves and the Vandellas were You've Been in Love Too Long (Paul/Stevenson/Ivy Hunter) and the charting B-side of their hit Love (Makes Me Do Foolish Things).

Wonder would often rearrange non-Motown songs, particularly those of singer/songwriter Bob Dylan. Choosing Dylan's Blowin' in the Wind, he and Paul collaborated on the track with Paul being heard giving urging vocal riffs. Motown was skeptical about the success of the track, but due in part to Paul's lobbying efforts it was released. Blowin' in the Wind went to number one R&B, number nine pop in summer 1966. On the flip side of Blowin... was the radio-aired B-side Aint That Asking for Trouble (check out the "comin'-to-get-cha!" bass line of 2000 Rock & Roll Hall of Fame inductee James Jamerson) (Paul/Wonder/Sylvia Moy). Another key Paul/Wonder track was I'm Wondering, a number four R&B hit from fall 1967. One unreleased treasure maybe a 1963 recording called Monkey Talk that's described as a Ramsey Lewis-type jam (similar to Lewis' cover of Dobie Gray's The in Crowd that features Paul, Wonder, arranger Johnny Allen, and Motown pianist Earl Van Dyke.

On May 6, 1995, Clarence Paul died after a short illness in Los Angeles with Stevie Wonder at his bedside. His body was returned to Winston-Salem, NC, where it was buried next to the body of his brother Lowman. 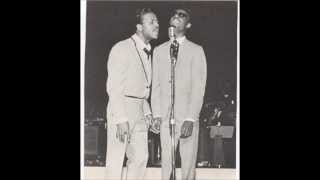 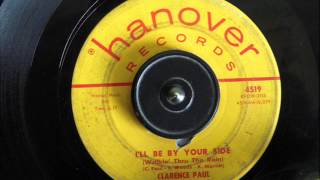 CLARENCE PAUL - I'LL BE BY YOUR SIDE 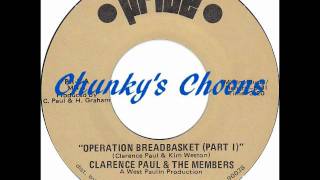 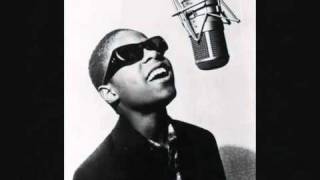 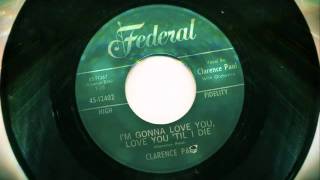 CLARENCE PAUL - I'm gonna love you, love you 'til i die - FEDERAL 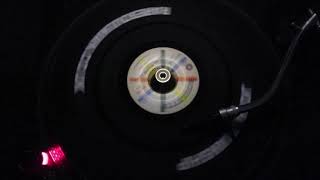 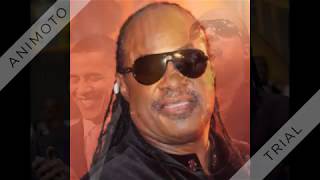