Close
Michael Mantler
from Vienna, Austria
August 10, 1943 (age 78)
Biography
Michael Mantler has had considerable impact on the jazz scene as a writer, player, label owner, and activist. He studied musicology and trumpet at the Academy of Music and Vienna University in the early '60s, then moved to America and enrolled at Berklee. He moved to New York in 1964, worked with pianist Cecil Taylor, then became part of the Jazz Composers Guild with Taylor, trombonist Roswell Rudd, saxophonist Archie Shepp, and others. The group was an outgrowth of efforts by musicians to improve their lot and also remedy abuses in royalty payments, booking conditions, and their general environment.

Later, Mantler formed a large orchestra with pianist/composer Carla Bley, whom he later married. After the Guild's demise, Mantler toured Europe with Bley and saxophonist Steve Lacy in the mid-'60s, then helped form the Jazz Composer's Orchestra Association (JCOA), a nonprofit foundation that would perform, record, and commission new works for jazz orchestra. Mantler played on Bley's A Genuine Tong Funeral with Gary Burton and orchestra in 1967, then issued a two-record set of his music for the JCOA in 1968, which featured many major players like Pharoah Sanders, Don Cherry, and Rudd. It won plaudits and praises from the international and national jazz press.

Mantler later conducted at the Electric Circus in New York and appeared on bassist Charlie Haden's 1969 Liberation Music Orchestra. He coordinated the recording of Bley's massive Escalator Over the Hill in 1970-1971, a three-record opus with more contributions from instrumental superstars. Mantler formed the New Music Distribution Service (NMDS) in 1972 as a separate part of the JCOA to oversee distribution for his and other JCOA artists' records. He and Bley co-formed Watt Works in 1973, a label designed for producing their own records.

Mantler built a recording studio near Woodstock in 1975, and he received grants for composition from the Creative Artists Program Service, the National Endowment for the Arts, and the Ford Foundation's recording-publishing program. Unfortunately, the JCOA and NMDS encountered financial problems and eventually went bankrupt, but Mantler has remained active in subsequent years, touring with Haden's Liberation Music Orchestra, performing and recording with the Carla Bley Band, and (into the 21st century) issuing numerous albums of his music for the ECM label with a startling variety of collaborators including Robert Wyatt, Marianne Faithfull, Jack Bruce, Chris Spedding, Kevin Coyne, Karen Mantler, Don Preston, Chris Spedding, John Greaves, and many more.

In the 21st century, Mantler concentrated on weaving his formal interests in classical and jazz composition more closely together. Notable albums included Songs and One Symphony in 2000, School of Understanding (Sort of an Opera) in 2001, Hide and Seek (the score for a play by Paul Auster, with Wyatt and Susi Hyldgaard on vocals) in 2007, and Concertos in 2008 (with Pink Floyd drummer Nick Mason, trombonist Roswell Rudd, and guitarist Bjarne Roupe).

During an extended break from recording -- he spent time working with European orchestras, playing festivals, accepting commissions, and composing, Mantler returned to ECM with The Jazz Composer's Orchestra: Update. Here, in a live club setting, he revisited the original material -- and some which had never been recorded -- appended, re-orchestrated, and rearranged it. He played trumpet accompanied by guitarist Bjarne Roup, the Nouvelle Cuisine Big Band conducted by Christoph Cech, and the radio.string.quartet.vienna. It was issued in November of 2014. Three years later, Mantler released Comment C'est for ECM. The motive behind the album was, he declared, that he was "no longer able to ignore overwhelming and outrageous recent world events." To this end, he left the world of abstract music behind to tackle a host of contemporary evils head-on. His texts for Comment C’est, sung by French-born singer Himiko Paganotti, respond to what he called "the all-pervading environment of hatred, greed and corruption." Mantler played trumpet and was accompanied by the Max Brand Ensemble conducted by Christoph Cech. Comment C'est were inspired by and a reaction to then recent events in history. Its compositions directly referenced a range of subjects, including "war, terrorism, hostages, migration, poverty, fear and the exceedingly sorry state of the world in general. ~ Ron Wynn, Rovi 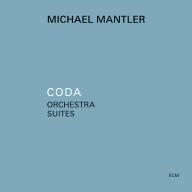 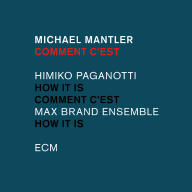 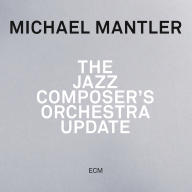 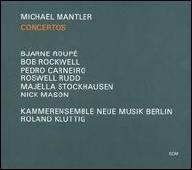 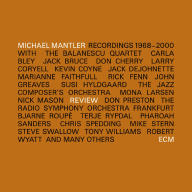 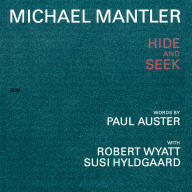 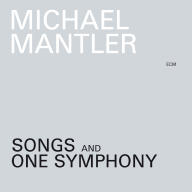 Songs And One Symphony
2000
Videos
Close 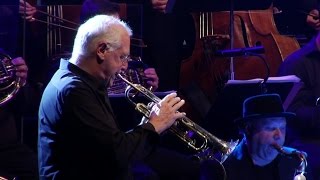 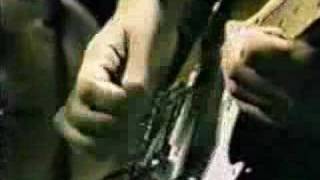 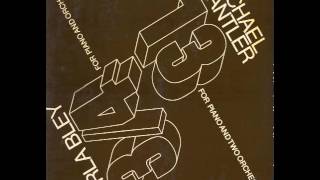 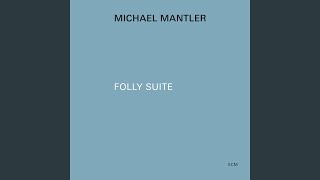 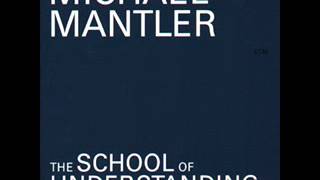 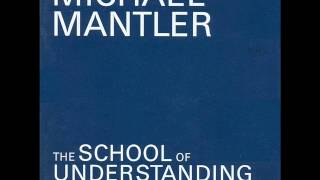 Michael Mantler - What Is The World (By Samuel Beckett) 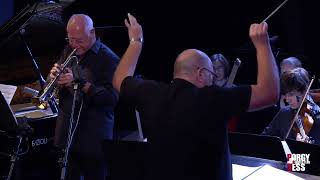