Close
Chris Spedding
from Staveley, Derbyshire, England
June 17, 1944 (age 78)
Biography
One of Britain's most versatile session guitarists, Chris Spedding has had a long career on two continents that saw him tackle nearly every style of rock & roll to come down the pike, as well as sporadically attempting a solo career. The fact that he never quite broke through to stardom, except in his native England, in parts of Europe, and in professional music circles, is more a result of bad timing and worse luck than any lack of talent or commitment on his part.

Spedding was born in Sheffield, England, in 1944. His family moved to Birmingham in the mid-'50s, by which time he had already taken up music, playing the violin in his school orchestra. That all changed when he discovered rock & roll, initially with Bill Haley His Comets and later Elvis Presley. According to Chris Welch in a 2004 article, Spedding began to strum his violin like a guitar, and the Rubicon had been crossed. Thanks to his music lessons, Spedding was already proficient on several instruments, including the piano, and could also sight-read, which put him several cuts above the typical aspiring rock & roller of the time, who might not have known three chords.

Spedding organized his first band, the Hot Spurs, while still attending school. Not too long after that, while still in his mid-teens, he headed for London and joined a beat group called the Vulcans, and from there supported cabaret acts on a cruise ship and several touring country bands. During the second half of the 1960s, Spedding backed both Alan Price and Paul Jones at a time when both were among the top-ranked solo artists in England. He also landed a high-paying gig with the Nat Temple Orchestra, doing weddings and bar mitzvahs, among other events. It was tenor saxman George Khan (aka Nisar Ahmed Khan), who had lately joined a band-in-the-making coalescing around poet/lyricist Pete Brown (best known for his work writing for Cream), who cleared the path for Spedding to his first major music opportunity. Brown was assembling a group and, at Khan's suggestion, he approached Spedding about playing with the band that became the Battered Ornaments.

The group was signed to EMI's progressive/art-rock/psychedelic Harvest Records imprint and ended up cutting an LP, A Meal You Can Shake Hands with in the Dark. Brown handled the vocals and was the most prominent member of what was still officially known as Pete Brown His Battered Ornaments. But Spedding also had his spotlight moments on the album, on lead guitar, slide guitar, and even a Portuguese chittara on one track. The album was favorably reviewed and a favorite on London's burgeoning underground music scene, and the group was getting lots of high-profile bookings, including the July 1969 Hyde Park concert with the Rolling Stones.

Suddenly one day, Brown was gone, ousted in a coup by the majority of the group in favor of Spedding, who quickly became the leader and lead vocalist of what was now simply known as the Battered Ornaments. The group was forced to wipe Brown's vocals from the second album, Mantle-Piece, that they'd already finished. While Spedding's singing was smoother and more professional, the album ended up a lot flatter and less interesting. Spedding kept with them for a time after the release, but by 1970 Spedding cut ties with the group and the Battered Ornaments were soon history.

Despite the turmoil surrounding the Battered Ornaments' brief existence, Spedding's time there helped establish his reputation in British music circles. He was invited to play on ex-Cream bassist/singer Jack Bruce's first solo album, Songs for a Tailor (1969). This led to more work with Bruce, as well as ex-Manfred Mann singer Mike d'Abo, and it was around this same time that he cut an instrumental album, Songs Without Words (1970), that only got released in Europe and Japan. He began his formal solo career the following year with Backwoods Progression, which featured his vocals as well as his playing -- it was in a light progressive rock mode, and also included Royston Mitchell and Paul Abrahams on keyboards, plus Laurie Allan and Roy Babbington as the drummer and bassist. The album wasn't a huge success, but did well enough that Spedding could follow it up in 1972 with the delightful The Only Lick I Know, where the focus was more on his playing. Those records went unnoticed by all but a cult audience of guitar enthusiasts and Spedding's fellow musicians; the reality was that most of his livelihood during the 1970s derived from playing on others' recordings. But such was his reputation that Spedding appeared on records by artists as diverse as Elton John, Nilsson, Memphis Slim, Family Dogg, Julie Driscoll, Brian Eno, John Cale, and Mickey Jupp, as a result of which his name gradually became known to a wider public.

His solo efforts were interrupted in 1972 when former Free bassist Andy Fraser formed the Sharks, and offered Spedding the lead guitar spot. The group broke up a year and two albums later, and Spedding returned to doing session work, appearing on some highly successful records, including Jeff Wayne's War of the Worlds, which ended up being the biggest-selling soundtrack/cast album ever released in England. He played with bubblegum group the Wombles in full costume, and in 1975 he signed to Mickie Most's RAK label, for which he recorded the single "Motor Bikin'." The latter record made the U.K. charts, peaking at number 14 and led to the Chris Spedding album. Though it wasn't his first solo album, so great had been the impact of "Motor Bikin'," it might as well have been his debut as far as most listeners were concerned. It was also a serious departure from his earlier albums; with a decidedly retro feel that careened between Buddy Holly and Gene Vincent, and a guitar style that emulated the playing by Holly and Tommy Alsup, as well as Vincent's lead guitarist Cliff Gallup, the record was a hugely influential work in its time. It gave him the credibility (despite being a veteran of the British Invasion scene and the psychedelic era) to join the Vibrators on their first single, "Pogo Dancing." His punk credentials were enhanced by demos he produced for the Sex Pistols and the Cramps; false rumors flew for years that he actually played the guitar parts on the former band's records. And when rockabilly revivalist Robert Gordon parted ways with gritty guitar legend Link Wray, Spedding was recruited to take Wray's place on-stage and in the recording studio.

Spedding attempted unsuccessfully to capitalize on this new credibility with 1978's Guitar Graffiti, an exultant album-length guitar workout that put him back in his early-'70s mode but with a lighter touch and a more freely flowing spirit behind it; somehow, it failed to connect with the public, beyond his cult audience. He then moved to New York and joined the Necessaries as a guitarist and songwriter. The chemistry wasn't right, however, and he returned to England and recorded another album of his own, I'm Not Like Everybody Else, in 1980. The live Friday the 13th was released a year later, showing off some extended solos on his late-'70s material. Over the '80s and '90s, Spedding -- who was frequently compared to Mark Knopfler as a guitarist and recording artist -- continued his session work on such albums as Tom Waits' Rain Dogs, while periodically releasing solo material (1985's Mean and Moody, 1986's roots-rocking Enemy Within, and 1990's Cafe Days). He subsequently worked with the likes of Paul McCartney and Bono from U2, among many other world-class performers. He also led his own band -- mostly in Europe -- delving into vintage musical styles, including 1950s rock & roll (Gesundheit, 2000) and blues-rock (Click Clack, 2005). In 2009, Spedding collaborated with Mike McClintock on the album Tightropewalker, and in 2014, a star-studded team of guest stars (including Johnny Marr, Bryan Ferry, Glen Matlock, and actor Ian McShane) joined Spedding for the recording of the album Joyland. ~ Steve Huey & Bruce Eder, Rovi 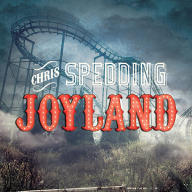 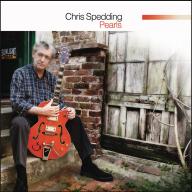 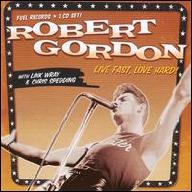 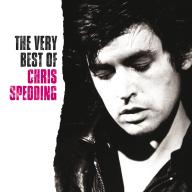 The Very Best of Chris Spedding
2005 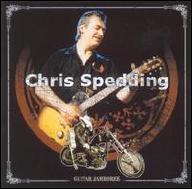 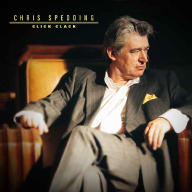 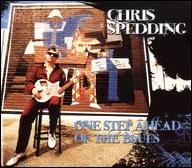 One Step Ahead Of Blues [Digitally Remastered Version]
2002
Videos
Close 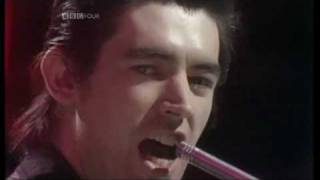 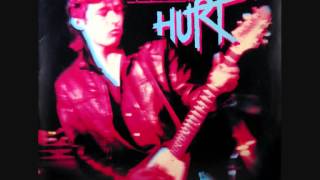 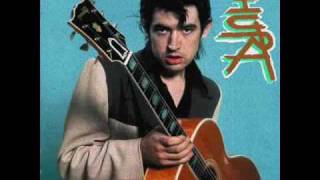 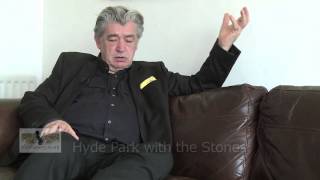 Chris Spedding reflects on the start of his solo career 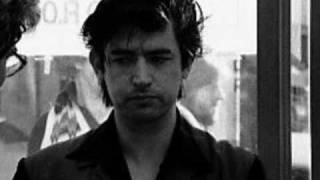 Chris Spedding --- Wild In The Street 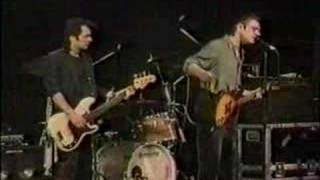 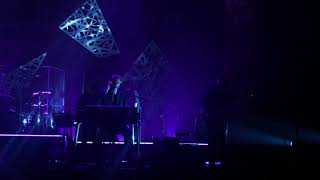