Close
Del Shannon
from Grand Rapids, MI
December 30, 1934 - February 8, 1990 (age 55)
Biography
One of the best and most original rockers of the early '60s, Del Shannon was also one of the least typical. Although classified at times as a teen idol, he favored brooding themes of abandonment, loss, and rejection. In some respects he looked forward to the British Invasion with his frequent use of minor chords and his ability to write most of his own material. In fact, Shannon was able to keep going strong for a year or two into the British Invasion, and never stopped trying to play original music, though his commercial prospects pretty much died after the mid-'60s.

Born Charles Westover, Shannon happened upon a gripping series of minor chords while playing with his band in Battle Creek, MI. The chords would form the basis for his 1961 debut single, Runaway, one of the greatest hits of the early '60s, with its unforgettable riffs, Shannon's amazing vocal range (which often glided off into a powerful falsetto), and the creepy, futuristic organ solo in the middle. It made number one, and the similar follow-up, Hats Off to Larry, also made the Top Ten.

Shannon had intermittent minor hits over the next couple of years (Little Town Flirt was the biggest), but was even more successful in England, where he was huge. On one of his European tours in 1963, he played some shows with the Beatles, who had just scored their first big British hits. Shannon, impressed by what he heard, would become the first American artist to cover a Beatles song when he recorded From Me to You for a 1963 single (although it would give him only a very small hit). Shannon's melodic style had some similarities with the burgeoning pop/rock wing of the British Invasion, and in 1965, Peter Gordon would cover a Shannon composition, I Go to Pieces, for a Top Ten hit.

Del got into the Top Ten with a late-1964 single, Keep Searchin', that was one of his best and hardest-rocking outings. But after the similar Stranger in Town (number 30, 1965), he wouldn't enter the Top 40 again for nearly a couple of decades. A switch to a bigger label (Liberty) didn't bring the expected commercial results, although he was continuing to release quality singles. Part of the problem was that some of these were a bit too eager to recycle some of his stock minor-keyed riffs, as good as his prototype was. A brief association with producer Andrew Loog Oldham (also manager/producer of the Rolling Stones) found him continuing to evolve, developing a more Baroque, orchestrated pop/rock sound, and employing British session musicians such as Nicky Hopkins. Much to Shannon's frustration, Liberty decided not to release the album that resulted from the collaboration (some of the material appeared on singles, and much of the rest of the sessions would eventually be issued for the collector market).

By the late '60s, Shannon was devoting much of his energy to producing other artists, most notably Smith and Brian Hyland. Shannon was a perennially popular artist on the oldies circuit (particularly in Europe, where he had an especially devoted audience), and was always up for a comeback attempt on record. Sessions with Jeff Lynne and Dave Edmunds in the '70s didn't amount to much, but an early-'80s album produced by Tom Petty (and featuring members of the Heartbreakers as backing musicians) got him into the Top 40 again with a cover of Sea of Love. He was working on another comeback album with Jeff Lynne, and sometimes rumored as a replacement for Roy Orbison in the Traveling Wilburys, when he unexpectedly killed himself on February 8, 1990, while on anti-depressant drugs. ~ Richie Unterberger, Rovi 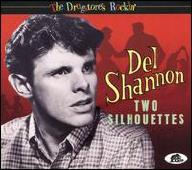 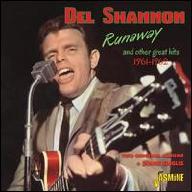 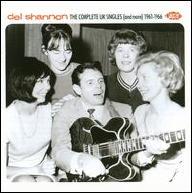 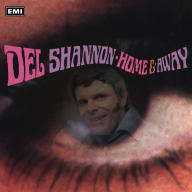 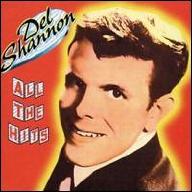 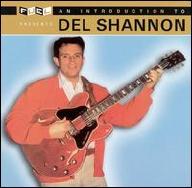 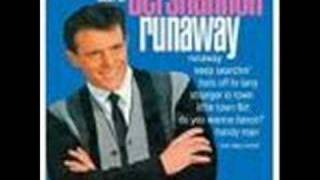 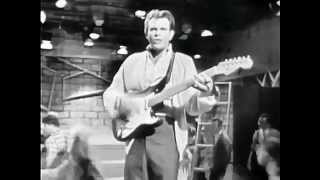 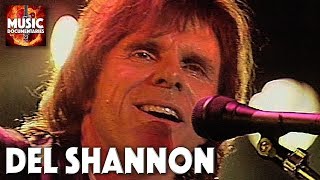 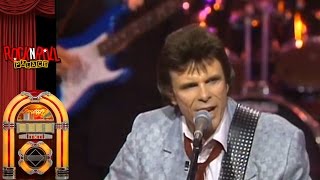 Del Shannon - I Go To Pieces 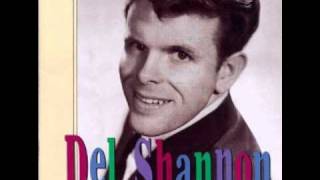 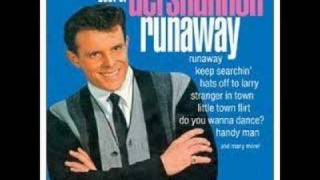 Del Shannon - Hats Off to Larry 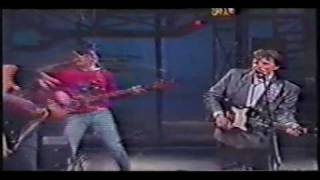