Close
The Saints
from Brisbane, Queensland, Australia
formed January 1, 1977 (age 45)
Biography
Roaring out of Brisbane, Australia in 1977 with the punk-era classic "(I'm) Stranded," the Saints, despite going through numerous incarnations, were a part of rock & roll for more than 20 years, thanks mainly to their indefatigable leader (and founder), Chris Bailey. Although they didn't play anything that passes for punk rock after about 1978, and despite extended dormant periods, the Saints never officially broke up, and Bailey always seemed to have another version of the band and another record ready to release. Saints' fans generally fall into two distinct camps: the punk-era fans (up to about 1980) and the mature pop fans, which for American audiences begins with the release of All Fools Day in 1987. After co-founder Ed Kuepper left in 1979 and the band became Bailey's show, the twists and turns he took them through (horns, folk/blues arrangements, and his own numerous solo excursions) produced some good music, but it was mostly scattershot and lacked focus, though Bailey did record two fine records with the late-'80s incarnation of the band.

Punk-era Saints were exactly what you'd expect: buzzsaw guitars, Bailey's pissed-off, nasal vocals, and locomotive rhythms supplied by bassist Kym Bradshaw and drummer Ivor Hay. After the LP (I'm) Stranded became a modest hit in England, the follow-up record, Eternally Yours, showed some changes (more varied tempos, acoustic guitars) that would set the stage for their third record, Prehistoric Sounds, which combined horn arrangements into a punk-ish sort of R&B. It was at this point that the Saints were beginning to change enough that they barely resembled the band they were just a two years earlier. Kuepper left to form the arty Laughing Clowns and eventually made a number of records as a solo act. Bailey, however, got to keep the name the Saints and soldiered on, taking time here and there to record his own solo records.

To most Americans, the Saints were a dead issue, if they were still an issue at all. (I'm) Stranded caught on with punk aficionados, but hardly anyone else; Eternally Yours came and went without a trace; and Prehistoric Sounds was never domestically released (neither were any of the post-Kuepper Saints records of the early '80s). So, by the time All Fools Day was released in 1987, there were many who thought the Saints were a brand-new band, and they were right. Gone were the rapid-fire guitar sound and bellowing vocals, replaced by sophisticated pop arrangements and more technically accomplished singing. The music was strong, intelligent pop that was better than much of the late-'80s "new wave." The next LP, Prodigal Son, wasn't as good, but did nothing to hurt the reputation of the "new" Saints. Oddly enough, Kuepper got together with Celibate Rifles guitarists Kent Steedman and Dave Morris and performed under the name the Aints. Gigging in Sydney, they generally played a set of (I'm) Stranded-era material and even recorded a couple of lo-fi live discs, all done for laughs.

It took almost a decade, however, for the next Saints (meaning Bailey plus others) album, 1997's Howling, to come out. The record portrayed a louder, edgier band than what had been seen on Prodigal Son, and was followed soon after by Everybody Knows the Monkey. In 2002, Spit the Blues Out was released, and three years later, with the Church's guitarist Marty Willson-Piper on board, the Saints issued the rocking Nothing Is Straight in My House, followed by Imperious Delerium (without Willson-Piper) in 2006. The original members of the group were reunited in 2007 for some shows, presumably to boost sales of a box set titled The Greatest Cowboy Movie Never Made; otherwise, the Saints remained relatively quiet for the remainder of the decade. In 2012, Bailey teamed up with Barrington Francis and Peter Wilkinson to record a new Saints album, King of the Sun. When the album was issued in the U.K. and the U.S. in 2014, it was accompanied by a bonus disc, King of the Midnight Sun, featuring the same set of songs but re-recorded in a rougher and rowdier fashion. Chris Bailey died on April 9, 2022 at the age of 65, presumably bringing the Saints to an end. ~ John Dougan, Rovi 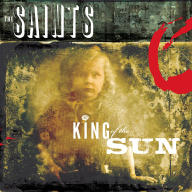 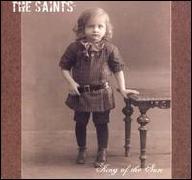 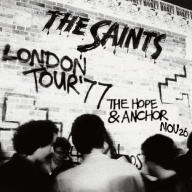 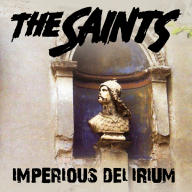 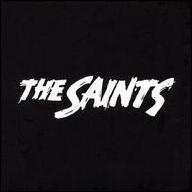 The Greatest Cowboy Movie Never Made
2006 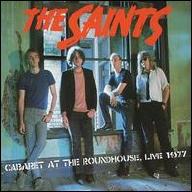 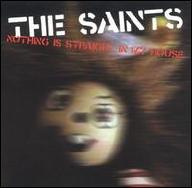 Nothing Is Straight In My House
Videos
Close 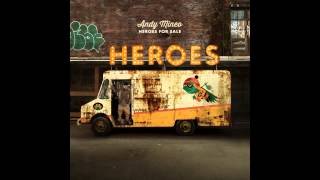 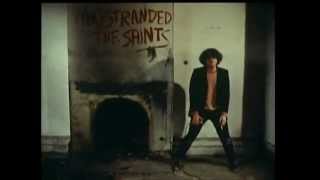 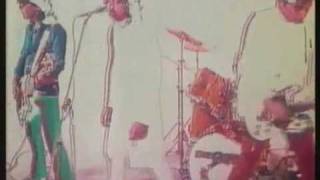 The Saints - Know your product 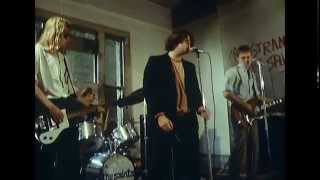 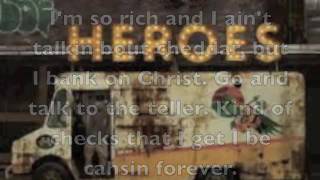 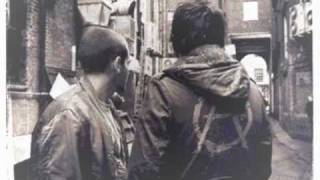 The Saints - Lost and Found 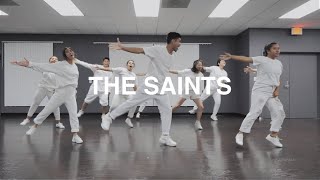