Close
Maja Ratkje
from Trondheim, Norway
December 29, 1973 (age 48)
Biography
Composer of orchestral and electro-acoustic works, opera performer, free improviser, and experimental electronica artist: Maja Ratkje was able to claim all these titles before her 30th birthday. The Norwegian singer has been active on many fronts since the mid-'90s, winning composition prizes in her home country before starting to build an international reputation, first as part of the all-female free improv quartet Spunk, then as a solo artist. Her experimental singing has been compared to Jaap Blonk and Phil Minton, although her use of electronics and Theremin in her performances sets her apart. Ratkje's acclaimed first solo album, simply titled Voice, came out in late 2002. Since then, she has released collaborations with Blonk, Ikue Mori, Poing, and others, in addition to several albums as part of the noise duo Fe-mail with her Spunk bandmate Hild Sofie Tafjord. She has also composed numerous orchestral and chamber works, as well as music for dance, theater, radio, and installations. Her notable works include Crepuscular Hour, a large-scale spatial performance which premiered in 2010; her Grammy-nominated surround sound release And Sing... (2016); and her music for Sult, performed by the Norwegian National Ballet in 2018.

Maja Solveig Kjelstrup Ratkje (born December 29, 1973) studied composition at the Norwegian State Academy of Music in the early to mid-'90s. She also had lessons with Louis Andriessen, Sofia Gubaidulina, and Richard Barrett, among others. She began her professional career as a composer of modern vocal and orchestral works. Active in local young composers' circles, she dipped her toes in a graduate-level teaching career. She has won international prizes, including second prize at the 2001 Luigi Russolo electro-acoustic music competition for a piece for saxophone and electronics ("Sinus Seduction"), and the Arne Nordheim Prize (also in 2001). Her orchestral works have been performed and recorded by the Oslo Sinfonietta and Frode Haltli, among others.

Meanwhile, Ratkje developed a parallel career in free improv. In 1995, she formed the quartet Spunk with a few schoolmates. The group's playful approach to improvisation attracted attention and in 1999 the label, Rune Grammofon, soon became one of Scandinavia's leading experimental imprints, releasing Spunk's first album Det Eneste Jeg Vet Er At Det Ikke Er En Støvsuger. It garnered favorable reviews from the specialized press and soon the group began to attract a small international fan base. Ratkje spent the summer of 1999 at the IRCAM electronic studios in Paris. Back home she began to integrate real-time sampling and electronics into her performances and to work with computer processing in the studio.

At a workshop by Otomo Yoshihide, she met the noise duo Jazzkammer and they struck up a friendship. Ratkje contributed to a Jazzkammer remix project (Rolex) and started a duo project with Lasse Marhaug. In turn, the duo co-produced her first solo CD, Voice. The latter came out on Rune Grammofon in 2002, a few months after Spunk's critically acclaimed second album Den Øverste Toppen På en Blåmalt Flaggstang. Voice was met with praise from the experimental music press, and won an Award of Distinction at the 2003 Prix Ars Electronica. Ratkje continued to be an active member of Spunk, in addition to touring with Frode Haltli, performing solo concerts of Voice material, and recording with Jaap Blonk (beginning with 2004's Majaap). She also initiated Fe-mail, a noise spin-off project with Spunk's Hild Sofie Tafjord; their first album, Syklubb Fra Haelvete, came out in late 2002.

Ratkje's music for the 2003 opera No Title Performance and Sparkling Water was awarded an Edvard Prize in 2004. Her Concerto for Voice (moods III), commissioned by Radio France, was first performed in 2005. Dance performance Adventura Anatomica was premiered that year, and Ratkje's music for the production was released on CD in 2006. Also that year, Fe-mail released two albums on American labels: Blixter Toad appeared on Asphodel, while Northern Stains (with Carlos Giffoni) was issued by Important Records. Stalker, a picture disc of solo performances, was also released by Important, while Illegal Parking (with Lotta Melin) came out on Kning Disk, and Dekorder issued Ballads (with John Hegre), all in 2006. Ratkje also performed as part of Phantom Orchard, along with Ikue Mori and Zeena Parkins, including a concert at New York venue the Kitchen, where she was introduced to John Zorn. River Mouth Echoes, a collection of Ratkje pieces composed between 1997 and 2005, was released as part of Tzadik's Composer Series in 2008. Solo improvisation recording Cyborgic was released as a limited LP by Rune Grammofon's The Last Record Company imprint in 2009.

Crepuscular Hour, a performance piece involving lights, three choirs, and a noise musician, was premiered in 2010 and broadcast on Norwegian Radio. Ratkje performed with Marhaug and Paal Nilssen-Love as Slugfield during the Oslo Jazz Festival; their performance was released as Slime Zone two years later. Ratkje released numerous collaborations throughout the decade, including albums with Poing (Wach Auf!, Kapital Moral), Ikue Mori (Scrumptious Sabotage), Joachim Montessuis (Janus), and many others. An audio as well as video recording of a 2012 performance of Crepuscular Hour was released by Rune Grammofon in 2016. Also released in 2016 was And Sing..., a multi-channel hybrid CD and Blu-Ray Audio disc containing Ratkje compositions for Cikada and Oslo Sinfonietta. The release was nominated for Best Surround Sound Album at the 59th Annual Grammy Awards. In 2018, Ratkje wrote and performed music for Jo Strømgen's ballet piece Sult (Hunger) for the Norwegian National Ballet. Rune Grammofon released a studio recording of Ratkje's music for the piece in 2019. ~ François Couture & Paul Simpson, Rovi 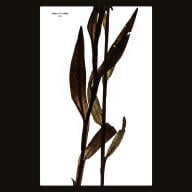 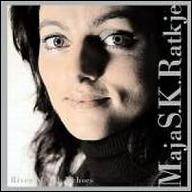 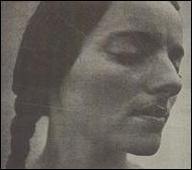 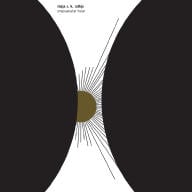 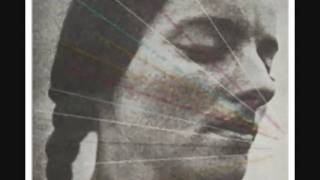 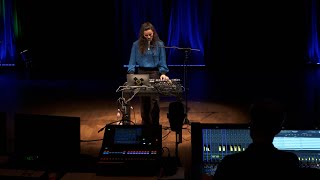 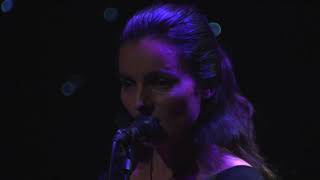 One human voice as an orchestra of sounds | Maja S. K. Ratkje | TEDxArendal 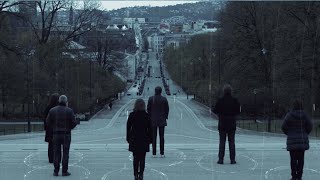 Maja S. K. Ratkje: A Dismantled Ode To The Moral Value Of Art 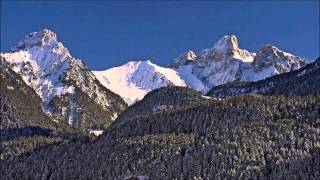 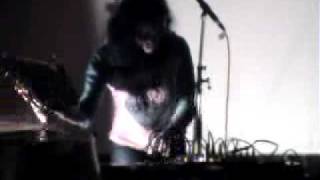 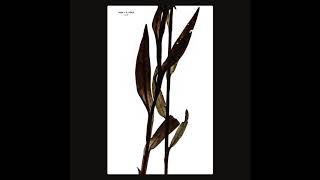